The past two weeks have been very busy in the Hovey household.  We have had visitors (YAY!) and others who have come for various reasons this past month. It has been delightful to welcome fellow servants in the Lord here!  Our routines changed slightly though and so we weren't able to blog last week.  A HUGE thanks to those of you have been praying for us extra in spite of our lack of communication.  It has been a BIG week here in PNG!  There was the First of its kind Bena men's meeting (bung) that saw 33 men give their lives to Jesus.....to GOD be the glory!!!  This may not seem like much to some of you, but let me tell you it is a true miracle.  These men are warriors at heart and even their own government considers them hard headed and problematic people.    Will you join us in praying that they will continue to grow in their walks with Jesus and transform their families and ultimately the Bena region of PNG with the light of the Gospel??  We are believing and praying that God will continue the work He has started until the day Christ comes again (Phil. 1:6).  It is truly exciting to have the front row seat to what God is doing!
While there is no tangible building or structure to show for the work God has done, there are names written in the Lamb's Book of Life (Rev. 21:27)!  THAT is something worth rejoicing over and over again about!  Eternal treasures are being stored up that are not susceptible to the decay of this world.  TO GOD BE THE GLORY!!!  Speaking of buildings and structures, since we have been attending the Makia fellowship, God has brought souls to Himself there too every week!  As we gather together in an opening and sit in the dirt together, it has been a blessing to see some of the lives surrendered to Jesus continue to come and seek discipleship....to GOD be the glory!  Again, while there is no tangible building or structure, there are souls turning to Jesus and GOD is being glorified!
In the midst of the rejoicing, I (Phyllis) have to confess that while it’s exhilarating in the here and now, my work is not in the trenches of the front lines.  I am behind the scenes in a support role and I am blessed to be here too!  As so many of our supporters back home may never get a chance to experience life here, I wanted to encourage each of you that 'support' roles are CRITICAL!!  We couldn't be here doing what we do without an army behind us on the home front.  KNOW that you are making a difference too!  Whether it's in the 'little' or 'big' stuff, the goal, the aim, is that GOD be made much of!
Two little lines I heard one day, traveling along life's busy way;
Bringing conviction to my heart, and from my mind would not depart;
Only one life, 'twill soon be past,
Only what's done for Christ will last.
Only one life, yes only one, soon will it's fleeting hours be done;
Then, in 'that' day my Lord to meet, and stand before His judgment seat;
Only one life, 'twill soon be past,
Only what's done for Christ will last.
-CT Studd 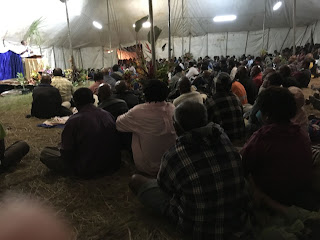 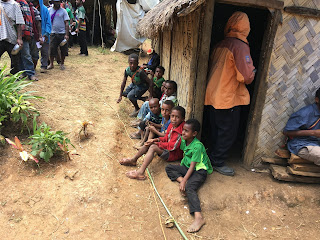 While this was a mens conference it was not hard to see that thousands of relationships were represented.  We had kids everywhere watching to see what their role models were doing.  There were many of the wives praying that God would intervene in their husband's lives and create families that would honor Him.  And through the many prayers God showed UP! 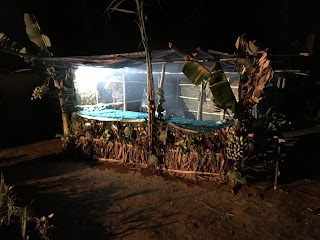 The majority slept on the ground in the tent where the meetings were held for the week.  They were also fed throughout the day so a small cook house was created. 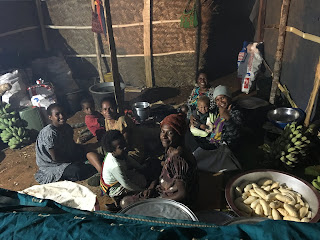 We had some ladies that did an awesome job feeding the large group each day! 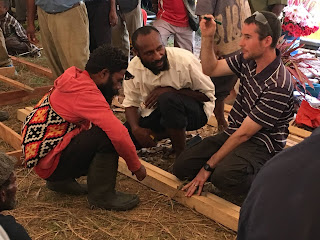 In the afternoons we taught some skills.  We did some carpentry from layout to simple framing.  I also did a session one day on welding and metal work. 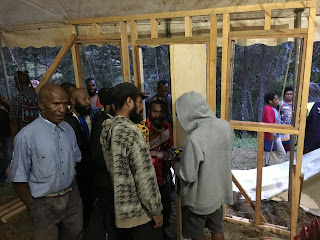 We had them do the work and guided them through the process.  We brought up lots of tools as most of them had never used a power tool and when it came to the air nailer they had lots of fun trying it! 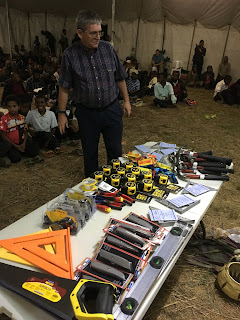 On Friday night after the last preaching session we were able to do a tool drawing to put some tools into the hands of lots of these guys. 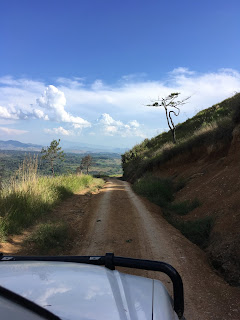 The road is not an easy one to travel in the coming of going each day to this meeting as it is up in the mountains, but just as following Jesus Christ is not an easy road it is well worth every bit of the challenge!