August 25, 2020
As of late, Gunner and Moriah have been enthralled with the idea of pirates.  Gunner is convinced that when he grows up that will be his occupation.  Moriah will be his first mate, if you ask him.
This week he found a treasure map and he thought he was the richest kid in the world because the treasure chest he discovered was full of gold coins and jewels!  I wish I could capture his enthusiasm on paper in words, but there are some things that must be experienced first hand to fully appreciated.
Today as I was reflecting, it occurred to me that Jesus was no pirate, however, he knew what treasure was.  He saw infinite worth and value in the lives of human souls.  THAT is where His eyes were fixed when he thought about treasures.  In Matthew 13:44 (ESV), the Bible records a parable Jesus shared about treasure.  It reads as such....
"The kingdom of heaven is like treasure hidden in a field, which a man found and covered up. Then in his joy he goes and sells all that he has and buys that field.”
‭I wonder if the man knew that a treasure existed in the field where he dug?  Another thought is that he was just doing his 'work' and it came by surprise?  I’m not sure because the Bible doesn’t explicitly give that detail.  However, what it does say is that it brought him joy and he surrendered all he had previously owned to gain this treasure.....
My Jesus is that treasure to me.  He's MY King!  Do you know Him? (Video link) Our pirate as he is conquering the seas around us! 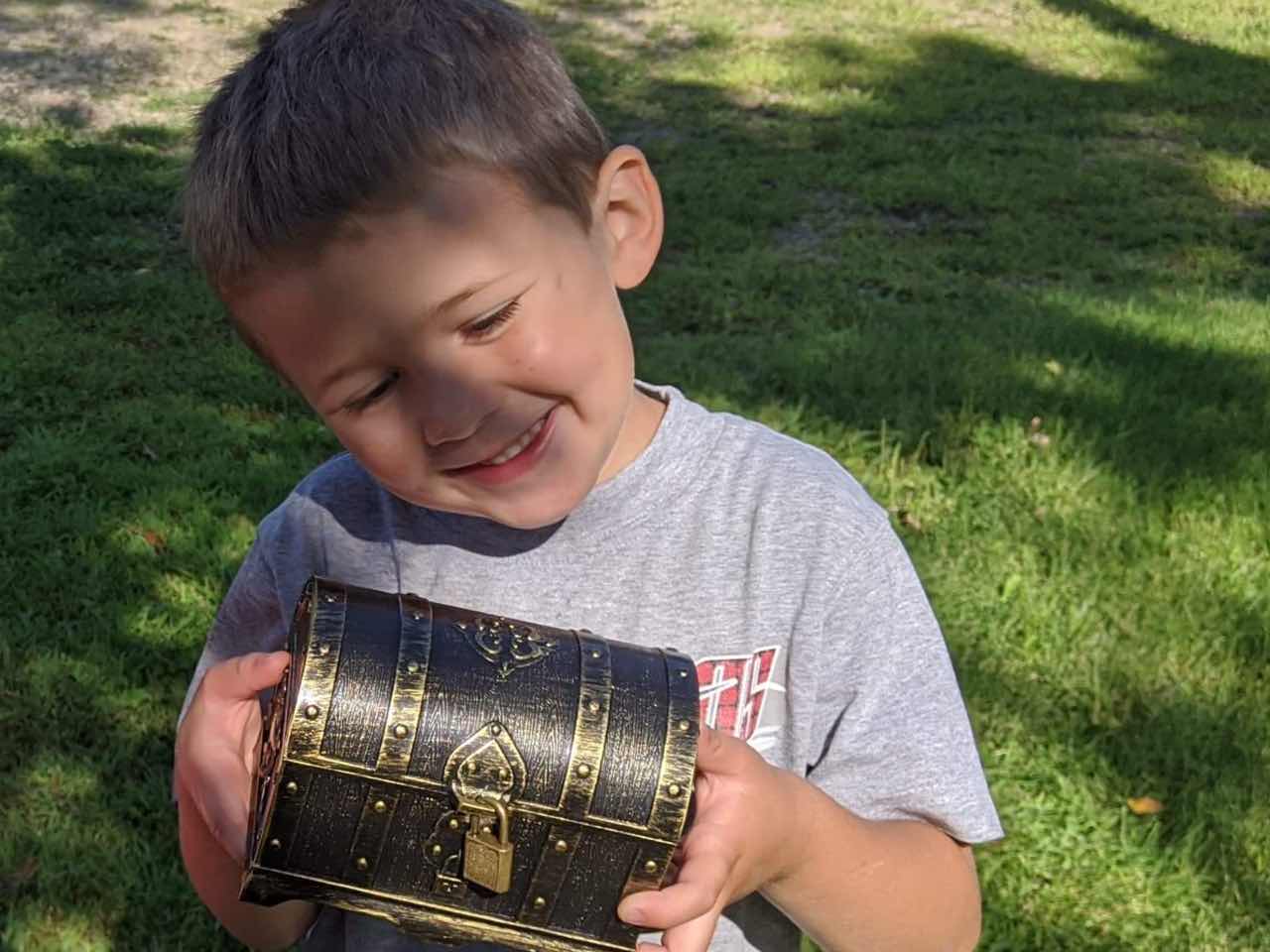 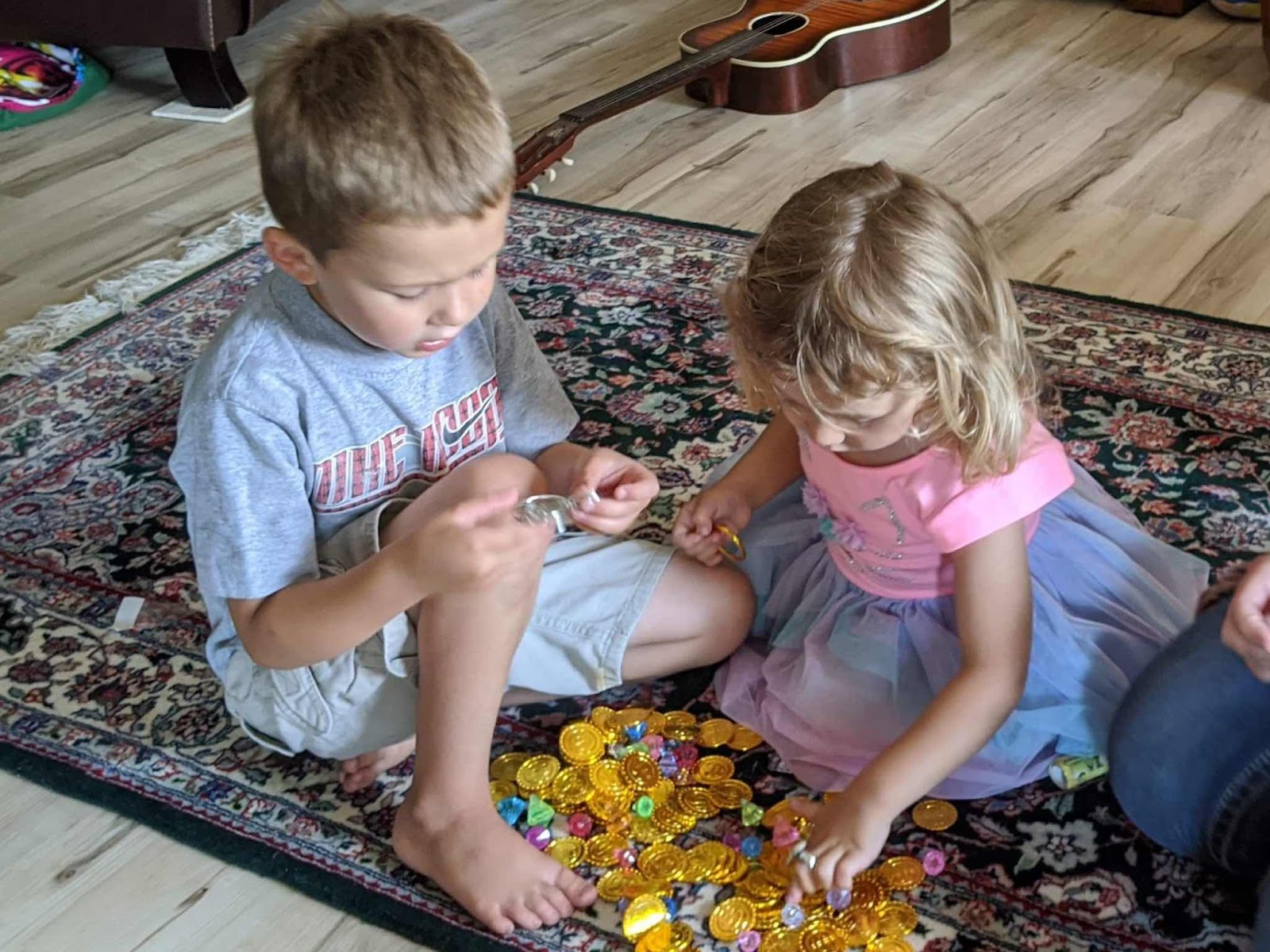 Checking out the treasure!