April 19, 2022
It is no slight thing to catch a glimpse of heaven here on earth.  This Easter Sunday, we had such a privilege.  Gunner and six other national believers followed the Lord in a believer’s baptism.  What made it heavenly to me was the fact that it was multi-cultural, multi-lingual, multi-generational, and yet?  The entire thing was worshipful!  Worship brings unity to our feeble, human hearts and is a demonstration of intentionally looking off ourselves and up to our Savior.  What a marvelous thing to behold!!!
We had no idea what to expect exactly for the service as PNG is known as “the land of the unexpected.”  We walked 20 minutes through a village and down the side of a mountain to reach the spot where the river water pooled.  I (Phyllis) fell twice on the way down….hahaha!  Thankfully, I wasn’t hurt too bad. 😂 Gunner bounded down the steep incline and tried to keep up with the “big boys.”
The service was simple, but oh!  SO rich!  Gunner was busy trying to put rocks from the riverbed in his makeshift pockets while the pastor explained the meaning of and role of baptism in the life of a believer.  At first, I wanted him to be listening and reflecting on this big life moment, but ya know what?  He is an almost seven year old boy!  His attention span is naturally a bit shorter than the rest of the group.  😂 What I didn’t know at the time was that he wanted to gift those who had come as a witness for him with a rock to remember.  What a tender heart for one so young!
On the way back up the mountain, I saw a butterfly near Brian and Moriah.  Would you believe it that it landed close to Brian and he just reached out and caught it?!!!  I was delightfully stunned and elated to hold such a beautiful illustration as to the Christian life on a day so poignantly appropriate for it!  It was even a kind of butterfly we’ve never caught before!  We are pressing it to add to our collection of memories in butterflies.  What a hug from heaven to receive such a gift on Gunner’s big day!
It reminded me of two Scripture passages.  The first was 2 Cor. 4:16, which says, “Therefore we do not lose heart. Though outwardly we are wasting away, yet inwardly we are being renewed day by day.”  There is a synergy that is entirely unique when it comes to the transformational work of the Gospel in the life of a believer.  While many think we are crazy for bringing our children to a third world country and choosing to live here ourselves, there is such blessing in following the Lord.  Not all are called overseas.  Some give radically.  Some pray radically.  Some encourage radically. Following Jesus as He calls us is truly a blessing like none other!
The second verse I thought of was 2 Cor. 5:17.  It says, “Therefore, if anyone is in Christ, he is a new creation.  The old has passed away; behold, the new has come!”  The life of a butterfly says that well!  We are being transformed into the likeness of Christ.  Is it a hard road?  Absolutely.  Is there gut wrenching reality that we face?  Without a doubt.  But, ya know?  We get to hold the line and watch God’s Kingdom advance as we obey Him and remain steadfast.
So, dear Friend, let us encourage you today.  WhatEVER your next faith step is, take it!  WherEVER the Lord leads, follow! Dig deep into His Word, the Bible, and?  Be prepared.  You’re in for the journey of a lifetime!!! 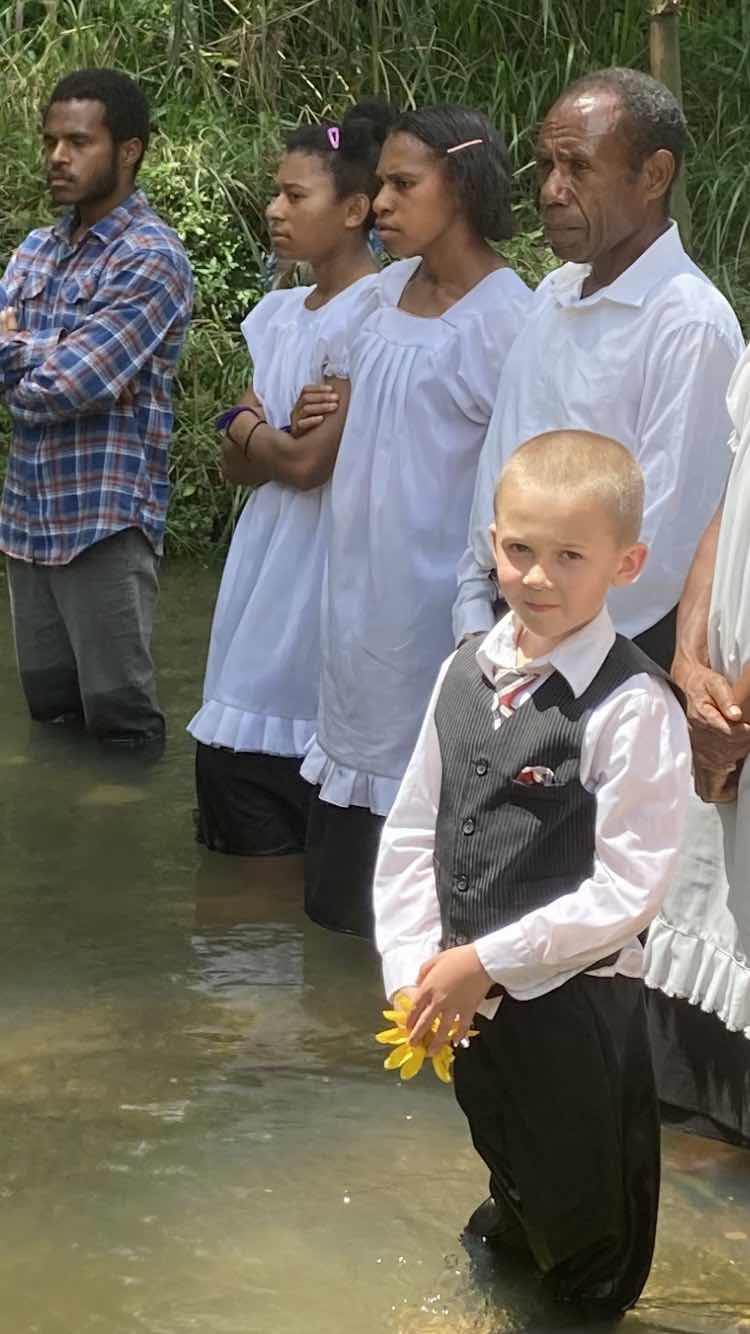 Gunner getting ready with six other national believers…. 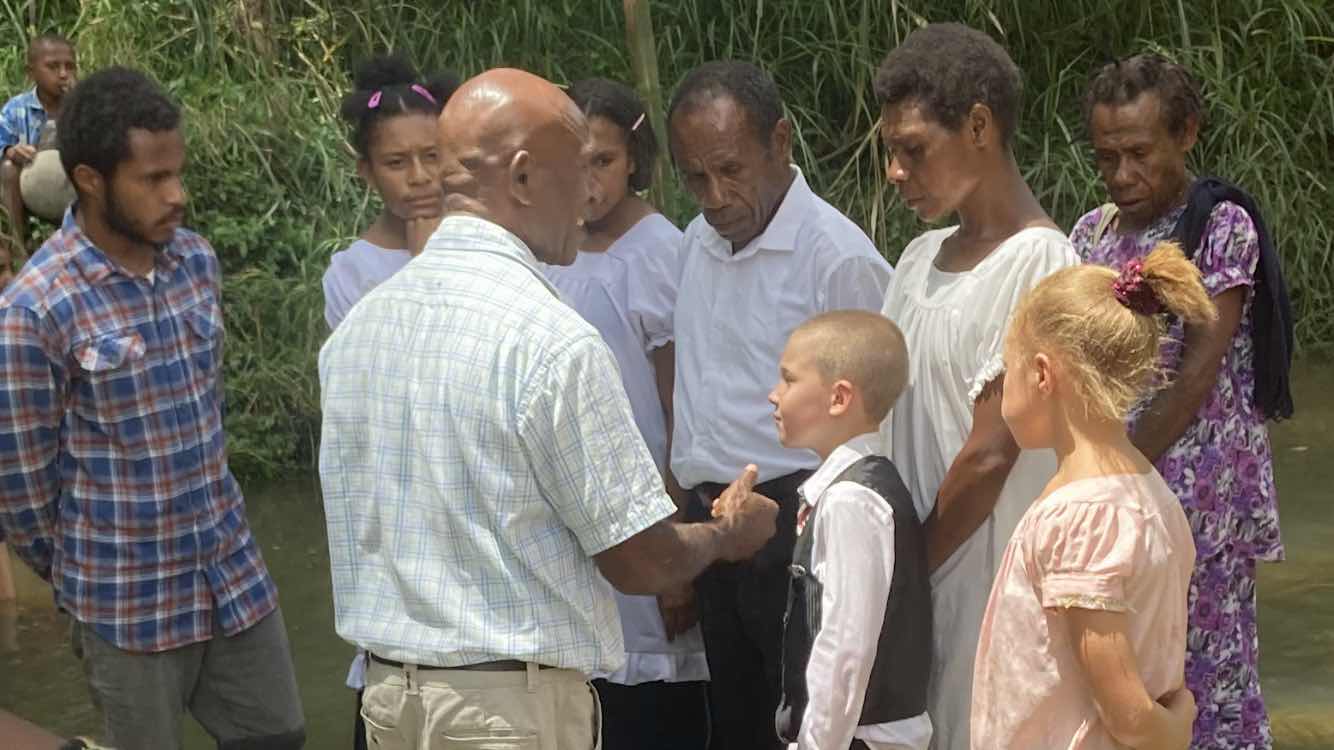 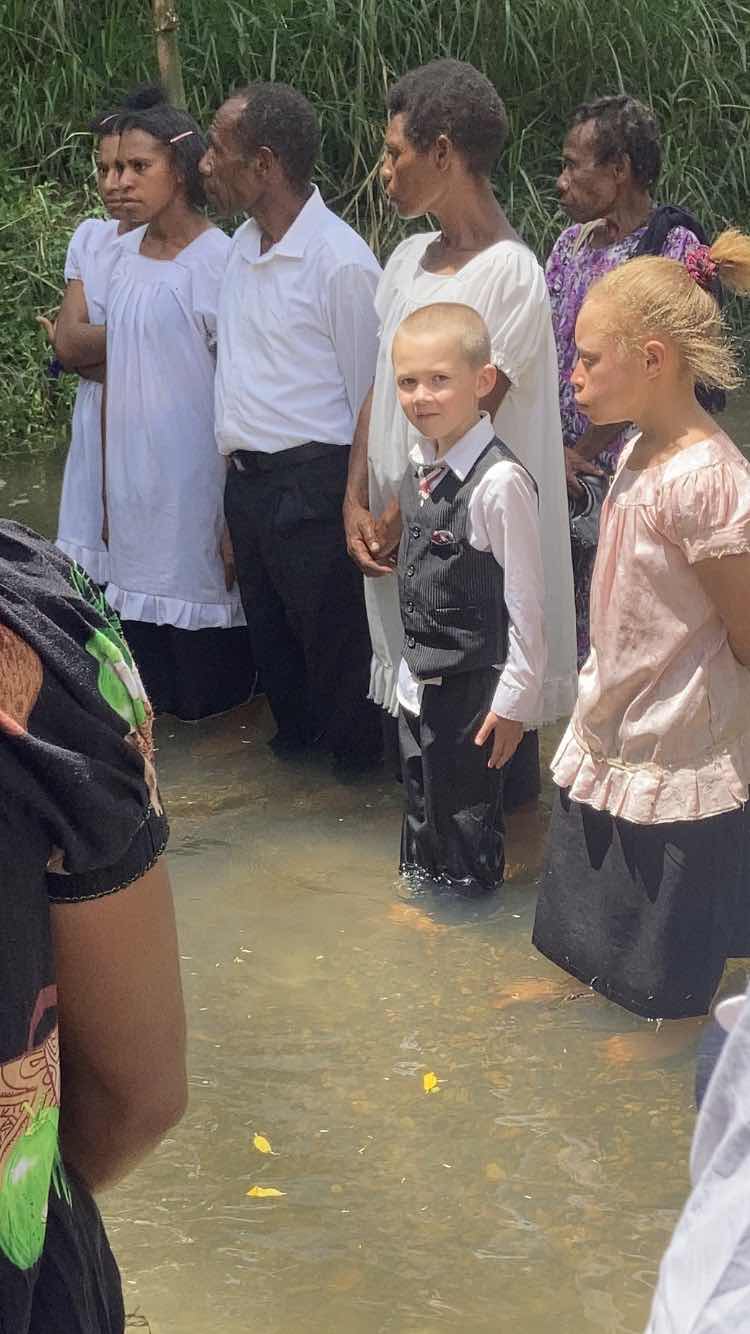 Smiling for the camera… 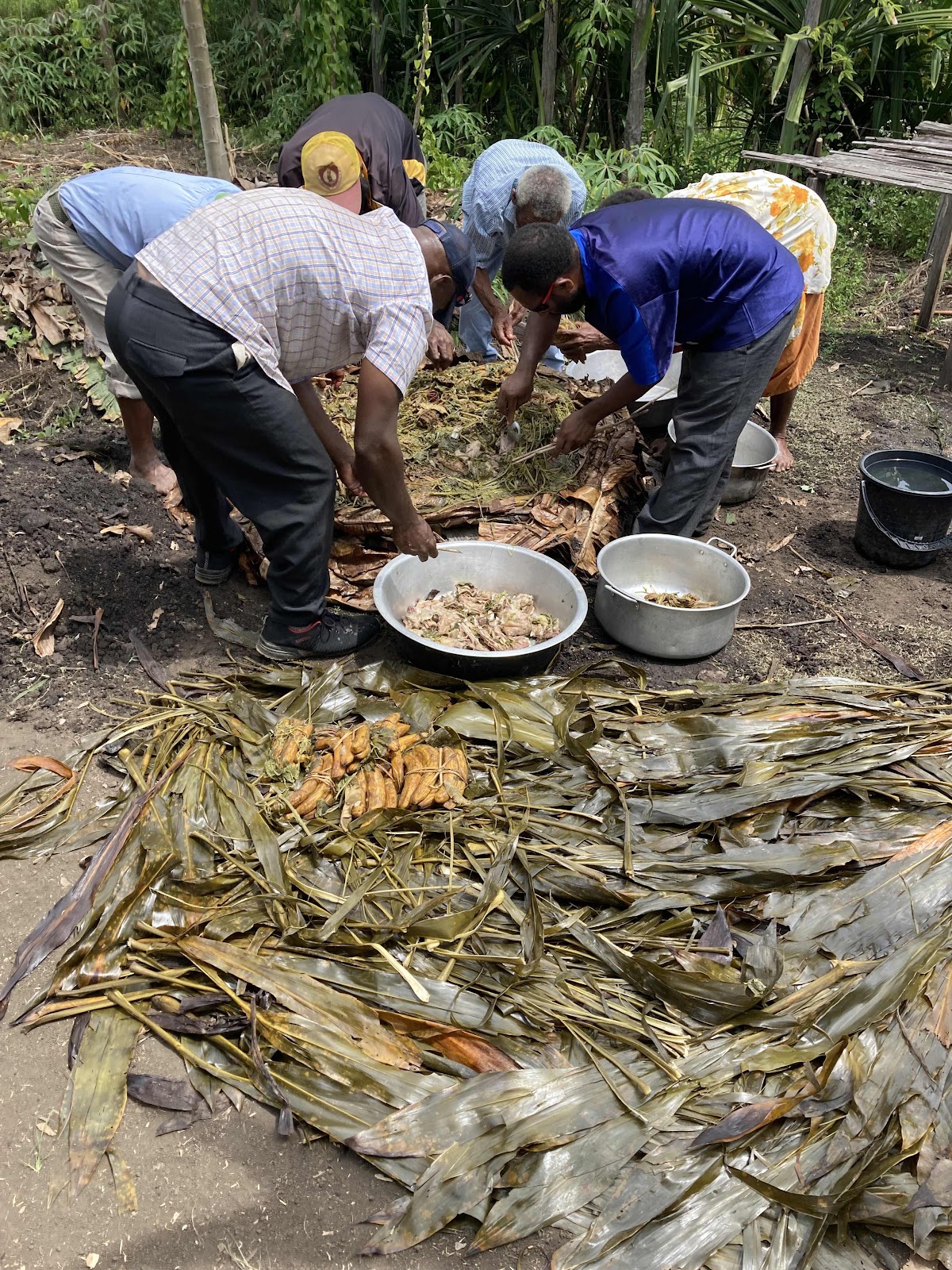 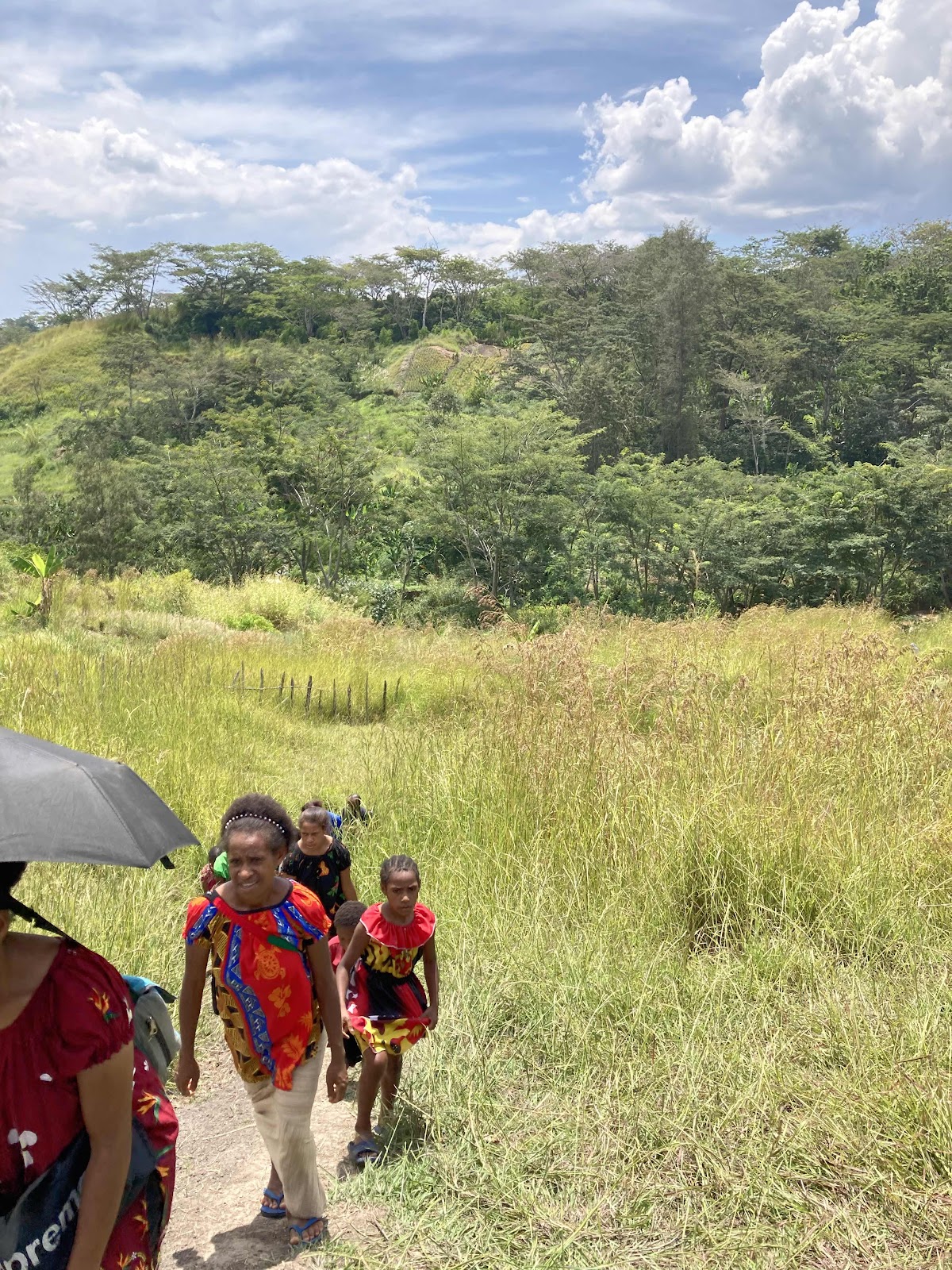 You can’t see the water from this picture, but it’s way down in that valley! 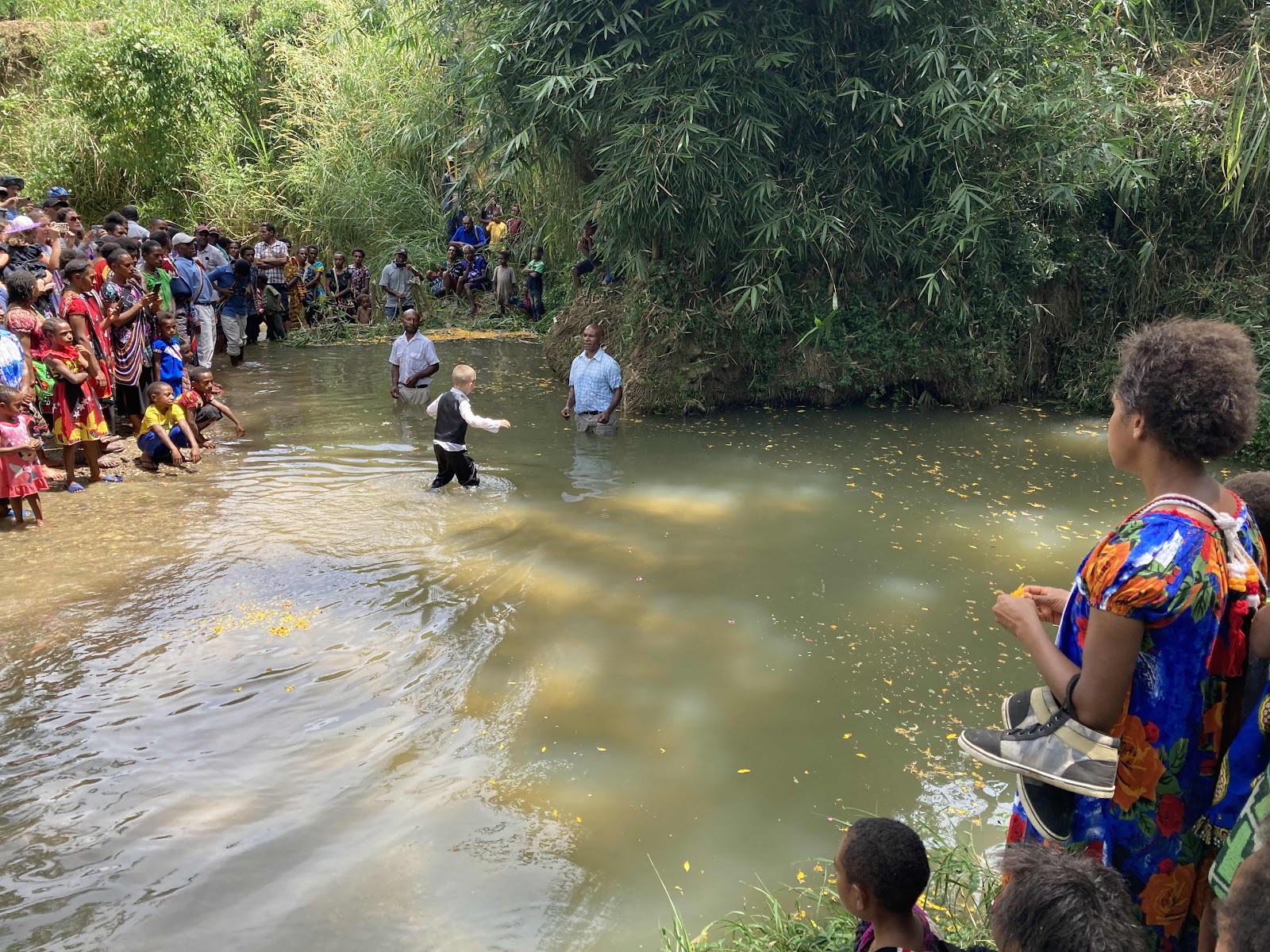 Gunner taking his next step! 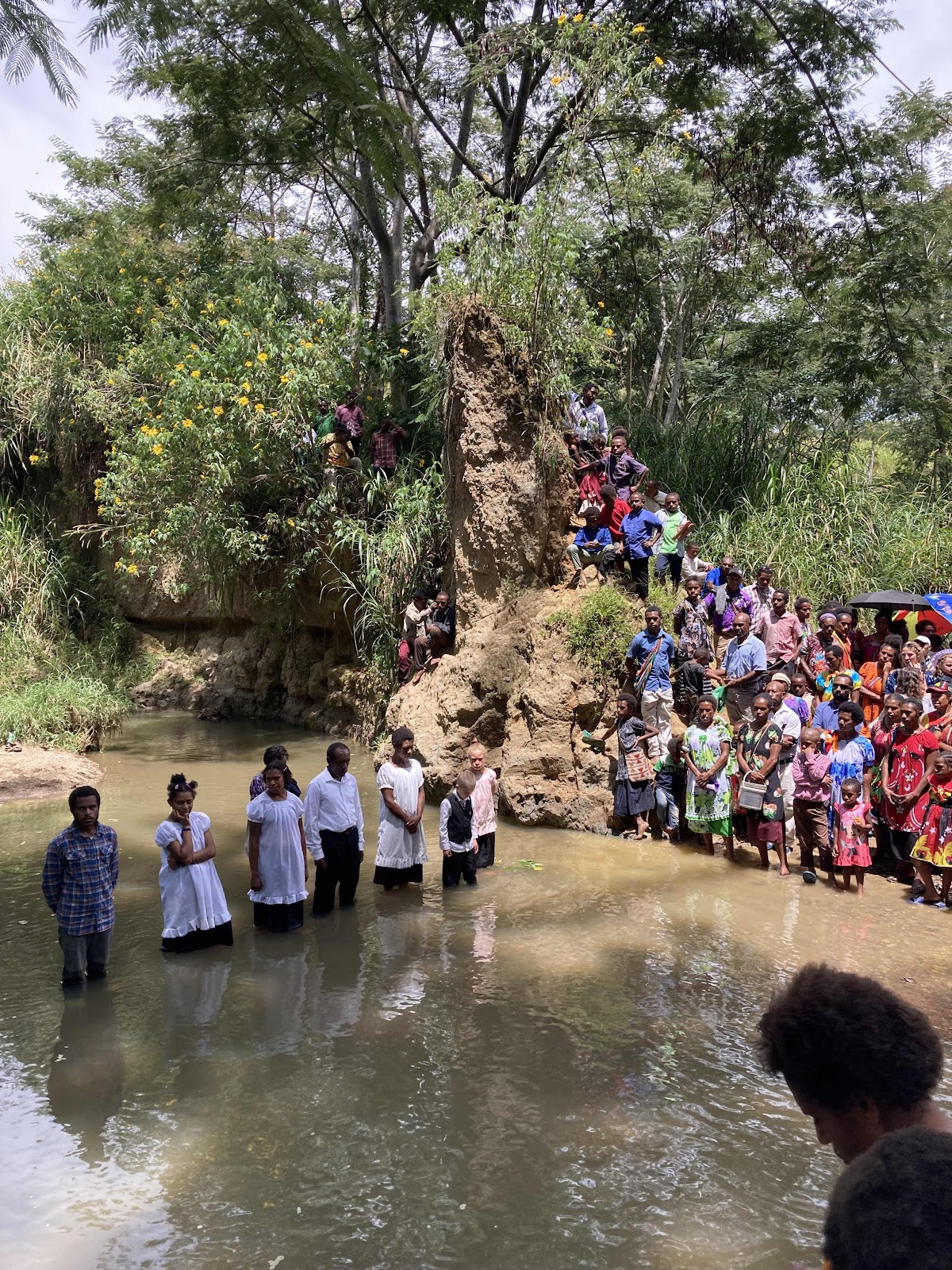 A thoughtful, reflective moment while hearing of the role of baptism. 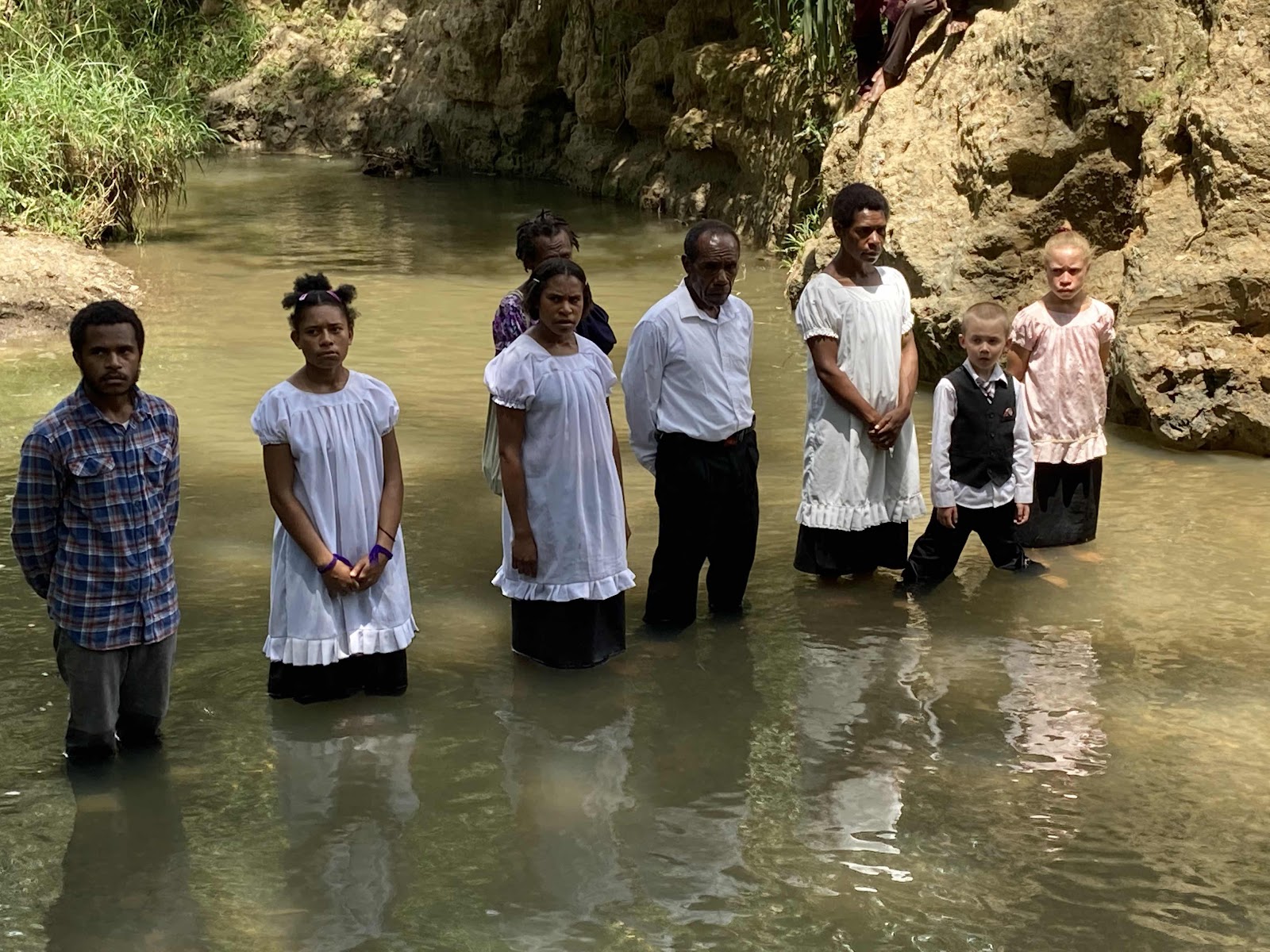 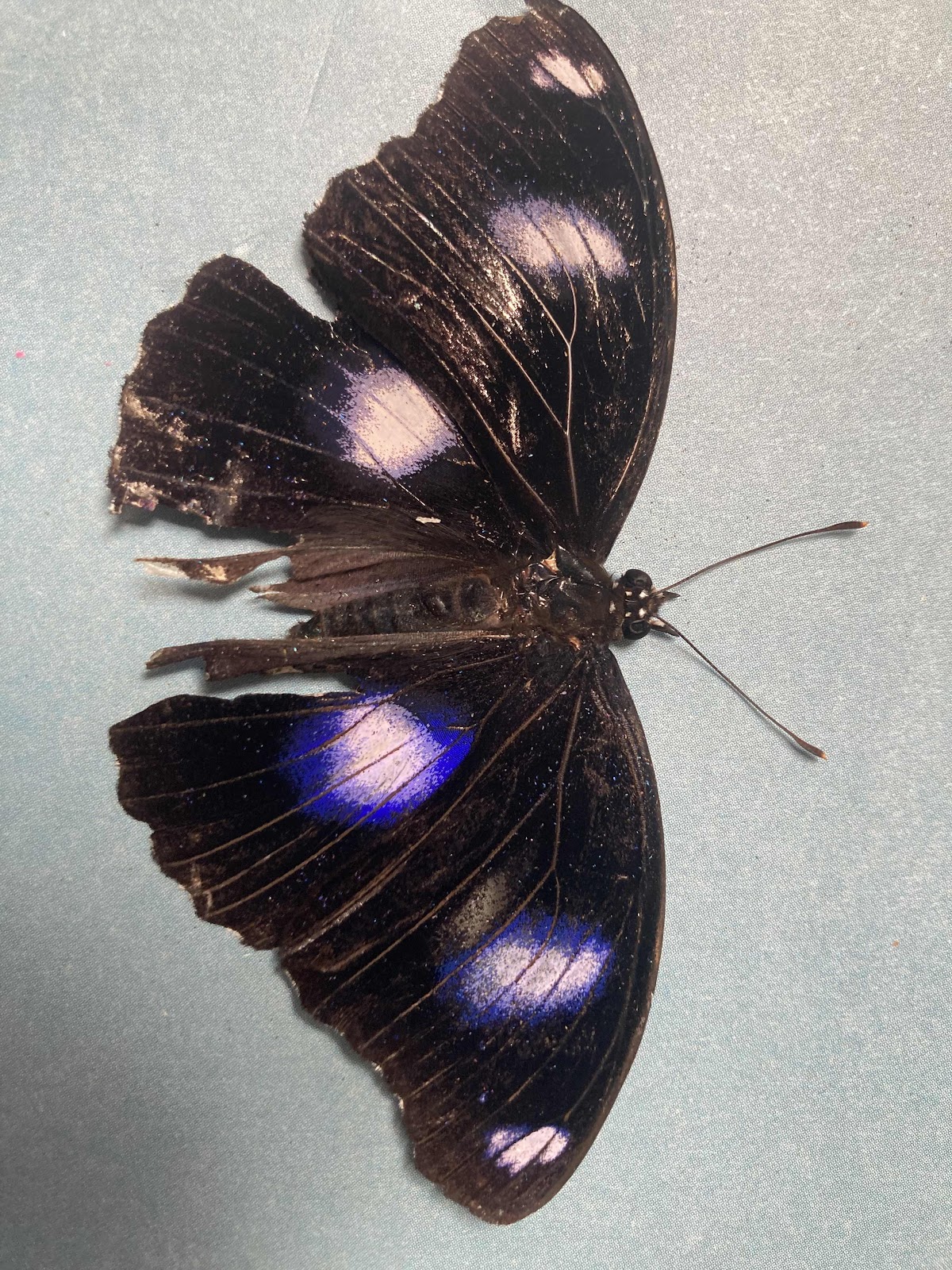 The butterfly that Brian caught…yup!  That's purple on its wings!!!  SO cool!!!