March 26, 2014
This week did not start of nearly as productive as either Phyllis or I would have hoped for.  We both started the week by getting the flu on the weekend.  It was not like the typical flu but set in like food poisoning and then continued.  Unfortunately, we were not the only ones to contract this fun little bug….many of the teachers, aides, and students also got it.  God does not stop working even when we are removed from the picture though.

I thought I would take this opportunity to talk about a couple projects that I have taken part in the last couple weeks.  The first one is based on a “construction class” that I have with a couple of the 12th grade students.  I asked what things the students wanted to work on and had them make a list.  Through looking at the many great ideas presented, the “kiosk” seemed to be in the most need.  The kiosk is an area that the juniors and seniors sell food/drinks out of to the rest of the school as a fundraiser for their senior trip.  Unfortunately I did not take a picture of what it looked like to start.  The below picture was what all the inside walls looked like though and bits and pieces were covered with old cement board that was cracked. 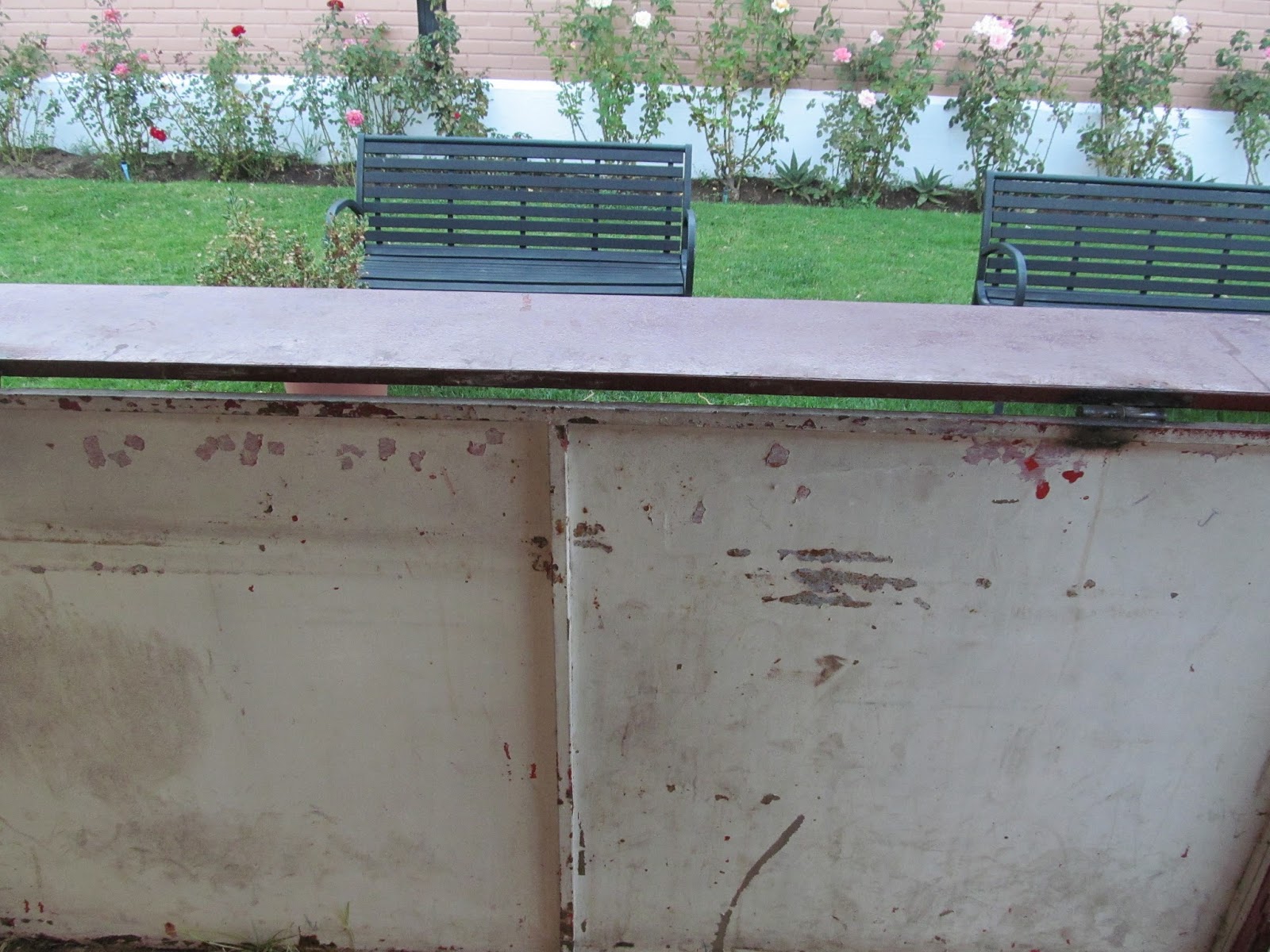 As we took the coolers out, we also realized that that floor was in bad shape.  It had grass growing through it and had been rotted/patched too many times.  This involved a complete gutting of the kiosk….and you would have never believed how many spiders there were living in this one little building.  Thankfully, I did not get bit that I know of……because I am still alive.  Neither did any of the students working on the project.  The kiosk is used every day by many kids so I decided to finish the major components of the inside structure (floor, walls, ceiling) myself so it could be functional. 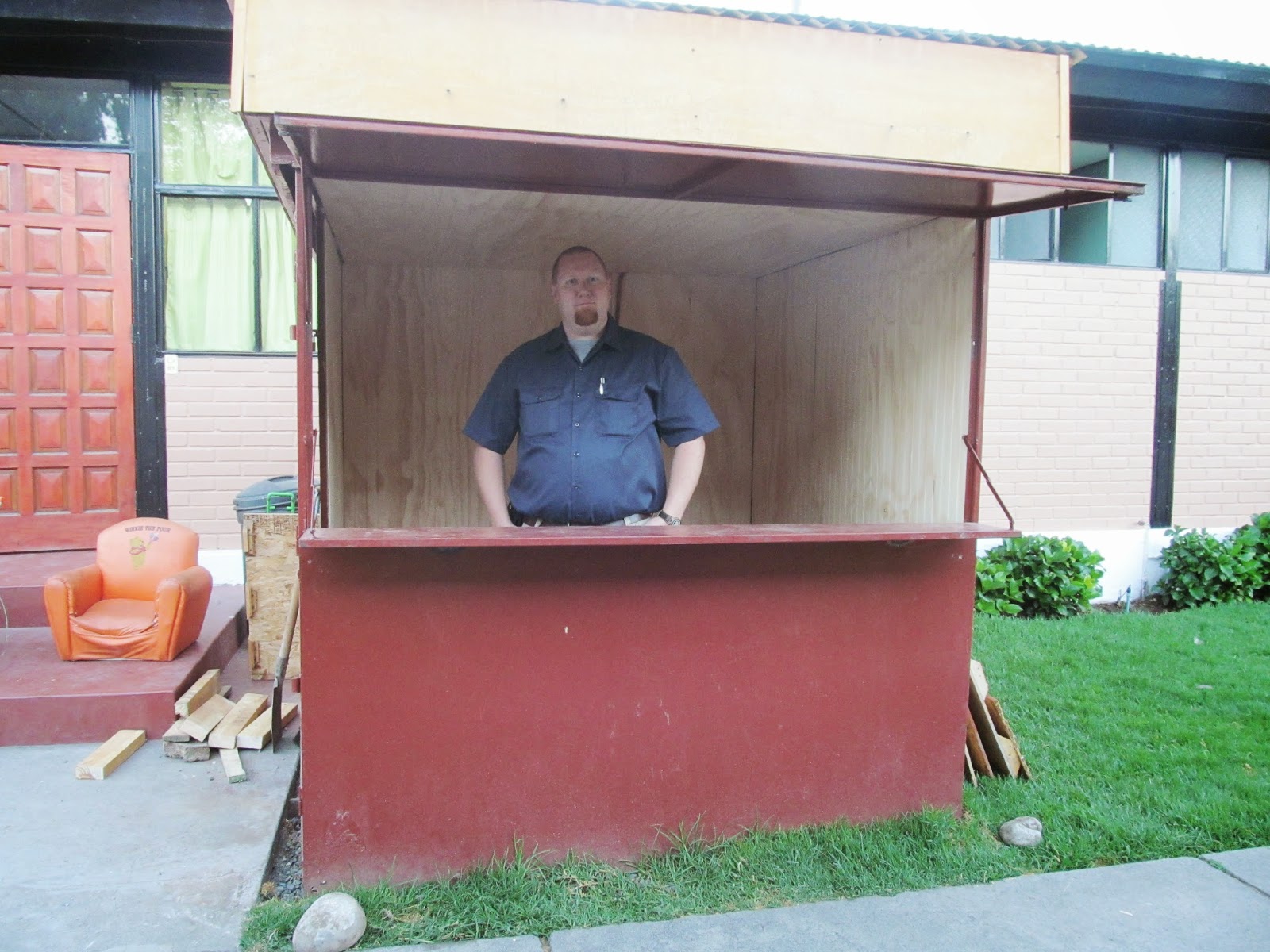 The project will continue each week with the construction class as they build shelving and other stuff to complete this revamp.
Another project that was tackled last week was a seating area in our concha (gym).  The concha is filled with kids running, playing, and just hanging out every day.  There has never been anywhere to sit in there other than the floor.  Chairs would at times get brought in, but they somehow always seemed to leave there broken…..funny how that happens. 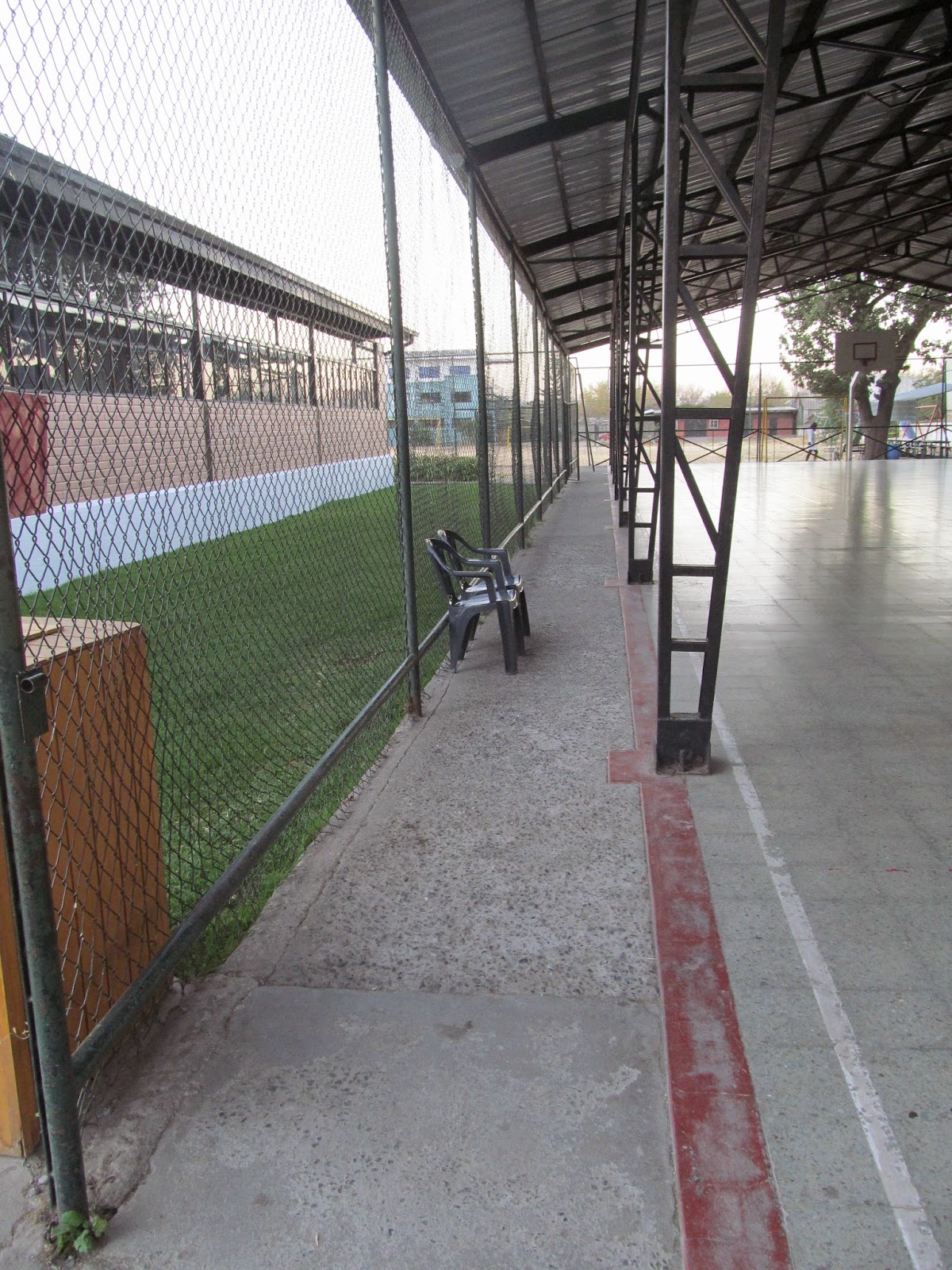 The picture above was chosen as the logical and best place for seating area.  It needed to be removable though for conferences and other activities.  I got to work cutting steel tubing, welding braces, and routering the wood.  I also have an elective called “School Improvement” that is with all the 7th graders.  I had them assist in the painting of the new benches.  They are a very bright, but were very well received.
The project was completed in good time and was utilized even as I was installing it. 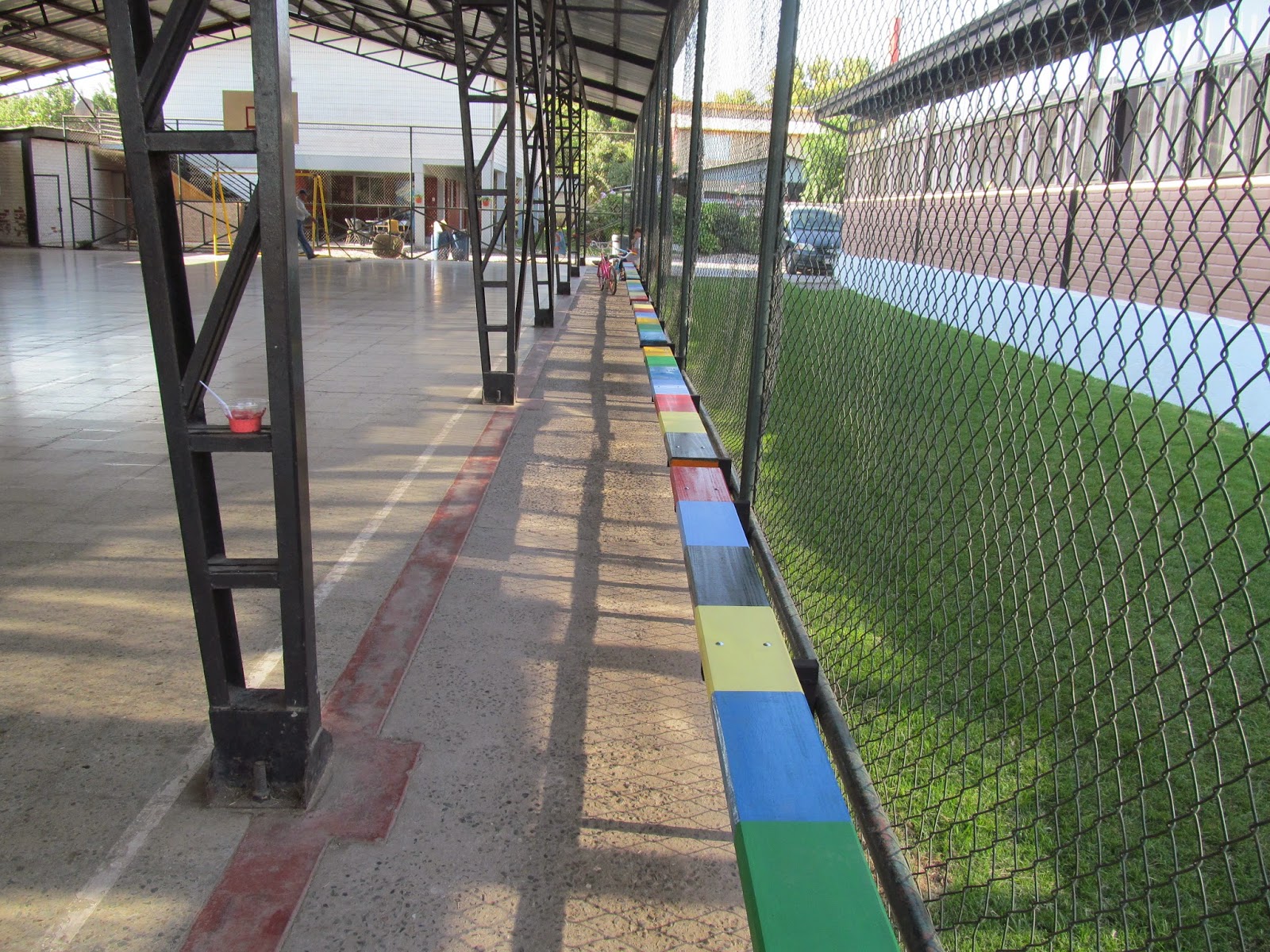 There is no doubt that there are many projects here that need to be done, and there will never be a shortage of work to do.  However, it is not the stuff that matters….because it will all break eventually.  It is the investment into the lives of the kids, the missionaries, and all the others that we come into contact with each day.  Most importantly it is the act of obedience to the God who has called us here….may His work be done through Phyllis and I.
"God does not call the equipped; He equips the called."