January 02, 2015
We had a great Christmas and a grand New Year as well!
Here are some of the highlights......
We were able to share a home cooked meal with our ABWE team in Santiago, Chile on Christmas Day.  The meal was complete with cheesy potatoes, salads, green bean casserole, and pumpkin pie!  However, the best part of the meal was the great company to be had with our fellow missionaries. 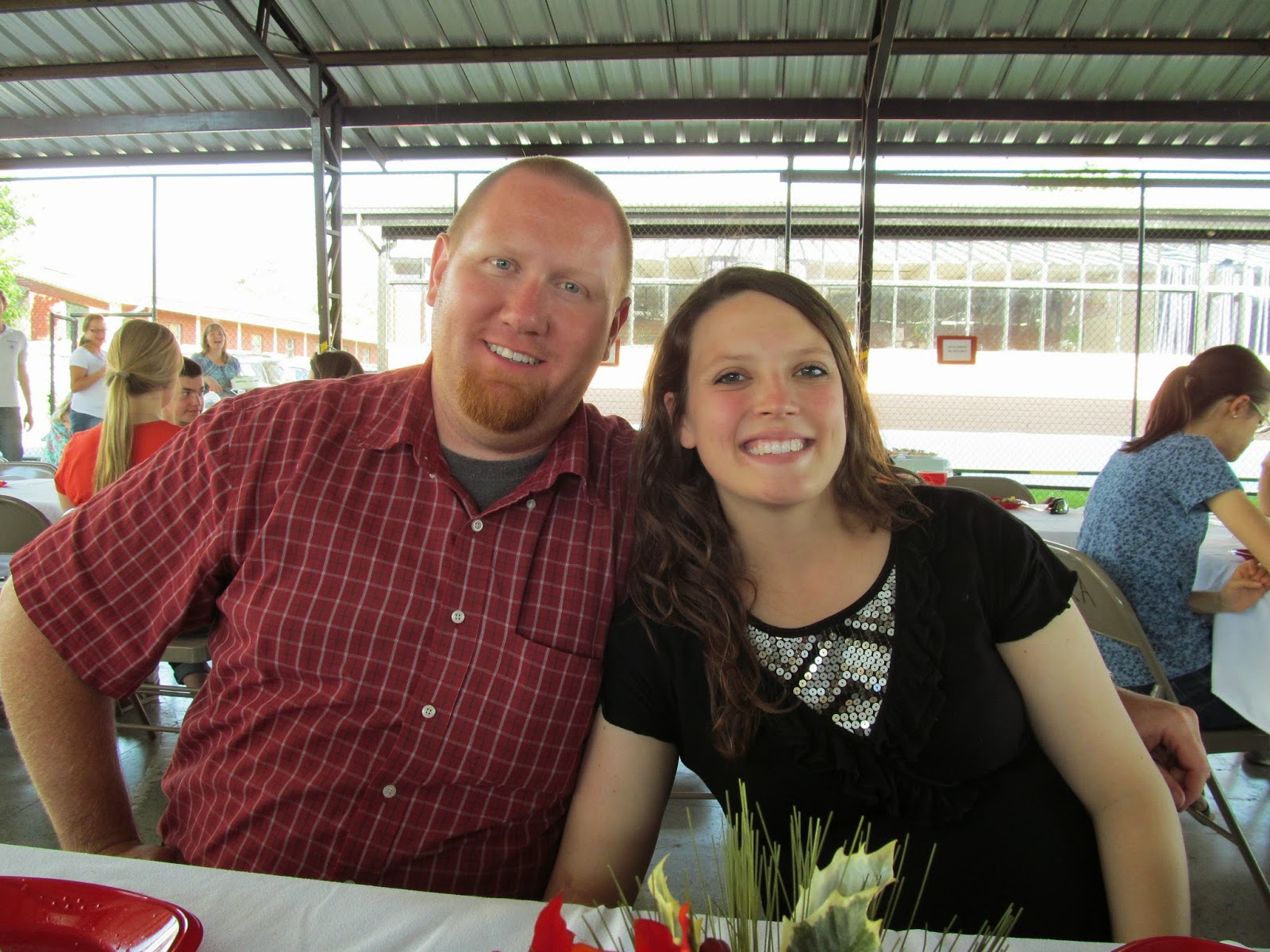 In the morning on Christmas Day, we had the privilege of attending our first baptism since being here in Chile.  Our church facility doesn't currently include a baptismal, so the church was blessed to be able to rent a plot of land outside the city that had a pool in order to accommodate those who wanted to follow the Lord's command to identify with His death, burial, and resurrection in the act of baptism.  The neatest thing for me to see personally was the wide age range in those who were taking up God's command to follow Him in this way.....all the way from elementary age up to adults in their sixties......what a testament to God's work in our church family! 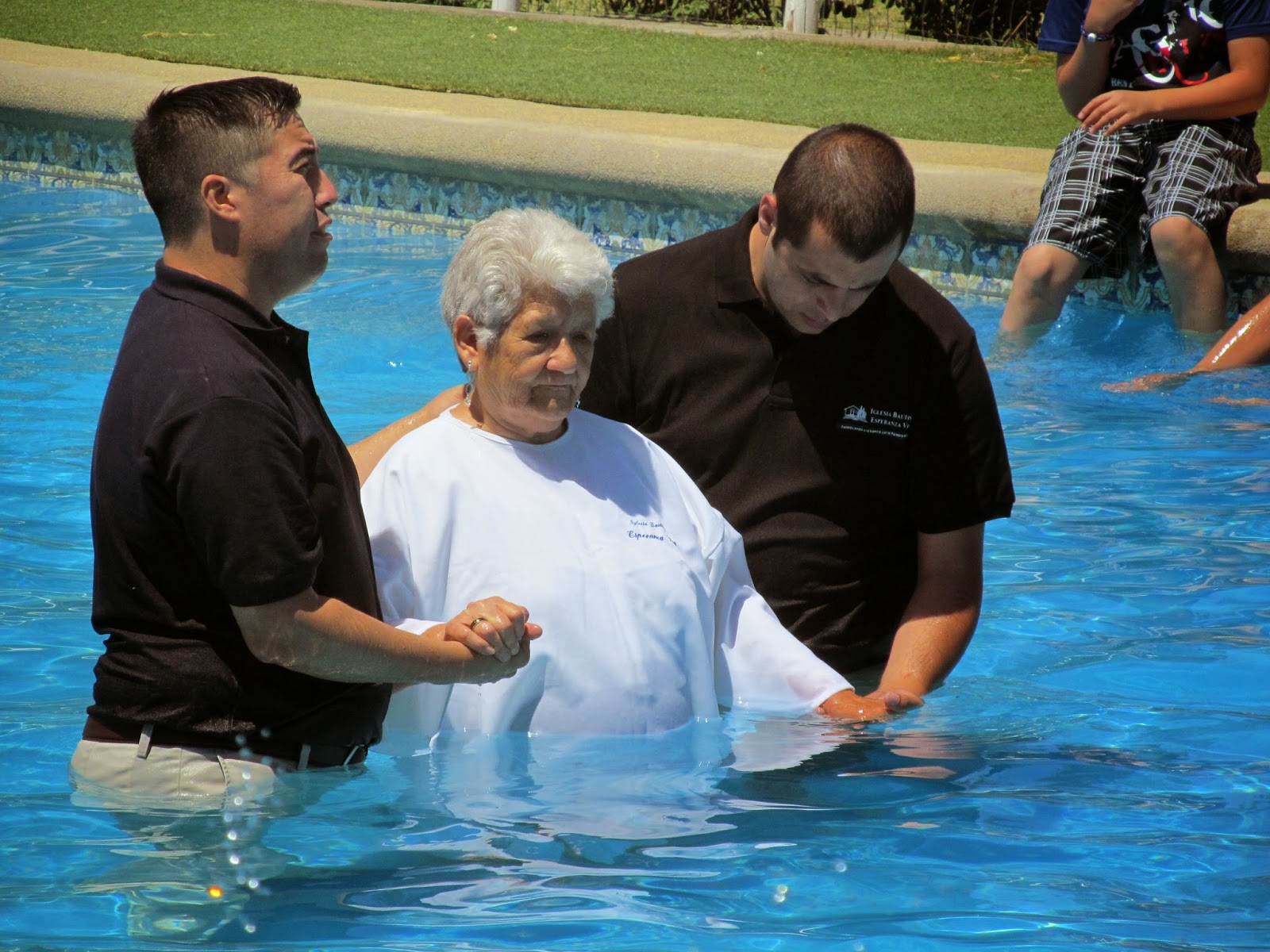 For the occasion, everyone got a special robe who was getting baptized.....it was quite a sight to behold!﻿ 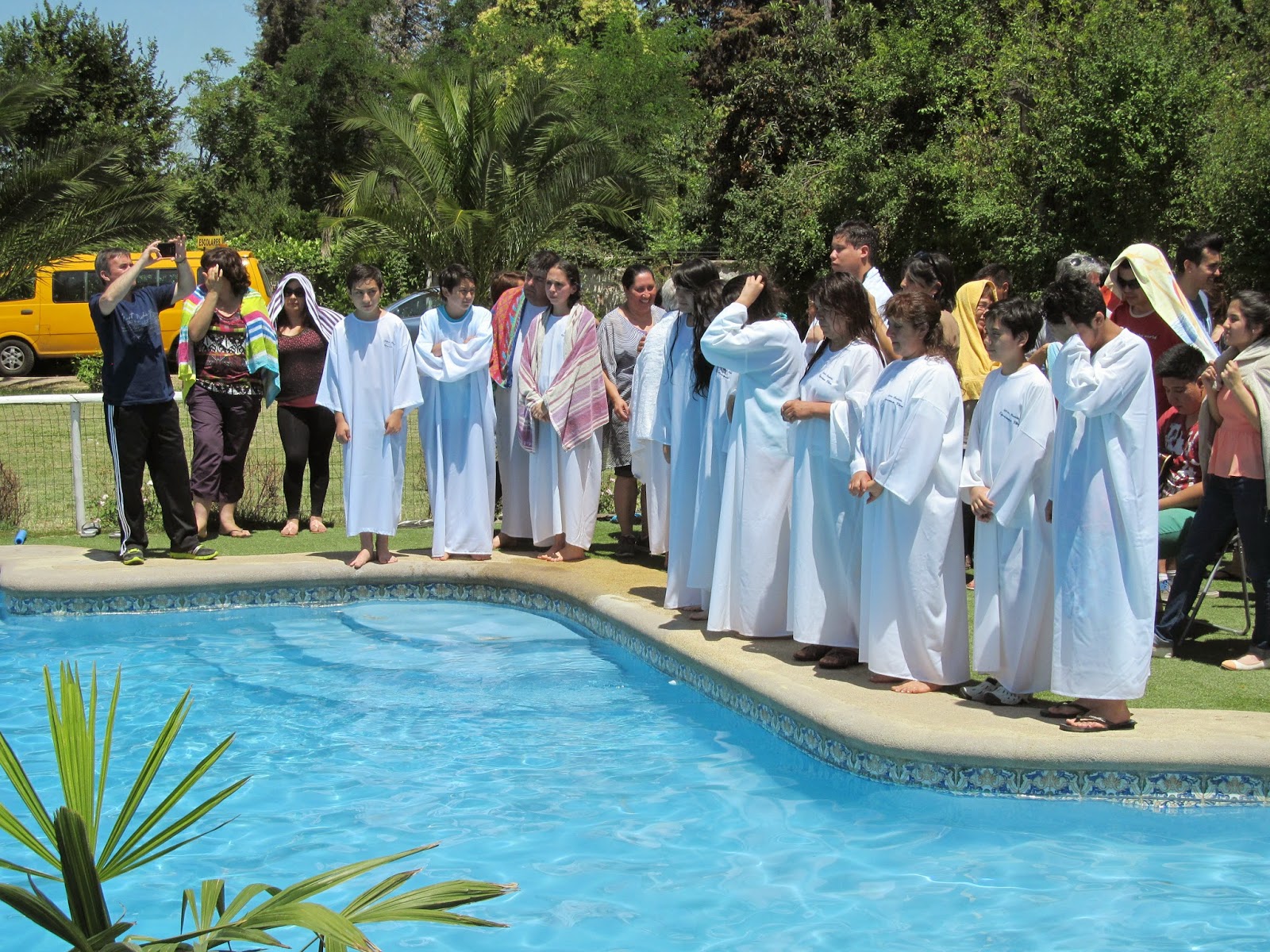 While Christmas traditions around the world vary, the BEST part about the holiday (as far as the Hoveys are concerned) is the celebration of Christ.  Christmas marks the beginning of THE greatest story EVER told and that is BEING told.....God's plan to save humanity from our sin and brokenness!
I was reminiscing with one of the other short term missionaries the other day about my Uncle Bill.  He was notorious for doing magic tricks that held a deeper, God-honoring message.  Anyways, I remembered his "rope escape" trick in which my sister and I got to tie up his hands as tightly and as many times as the rope would allow only to have him escape EVERY time!  Uncle Bill then shared that it didn't matter HOW entangled in sin we found ourselves in, Christ was able to save us from the bondage and set us free IF we believed in Him and called upon His name.  Those truths ring true EVERY Christmas as the cradle is a precursor to the cross.....I love how our Maker can take something like death and weave it into something beautiful and hopeful!
On New Year's Eve, we celebrated with our neighbors, the Hurleys.  We had a spread of cheese fondue, Swedish meatballs, and chocolate fondue with various fruits!  MMMMMM-mmmmm was it ever delicious! 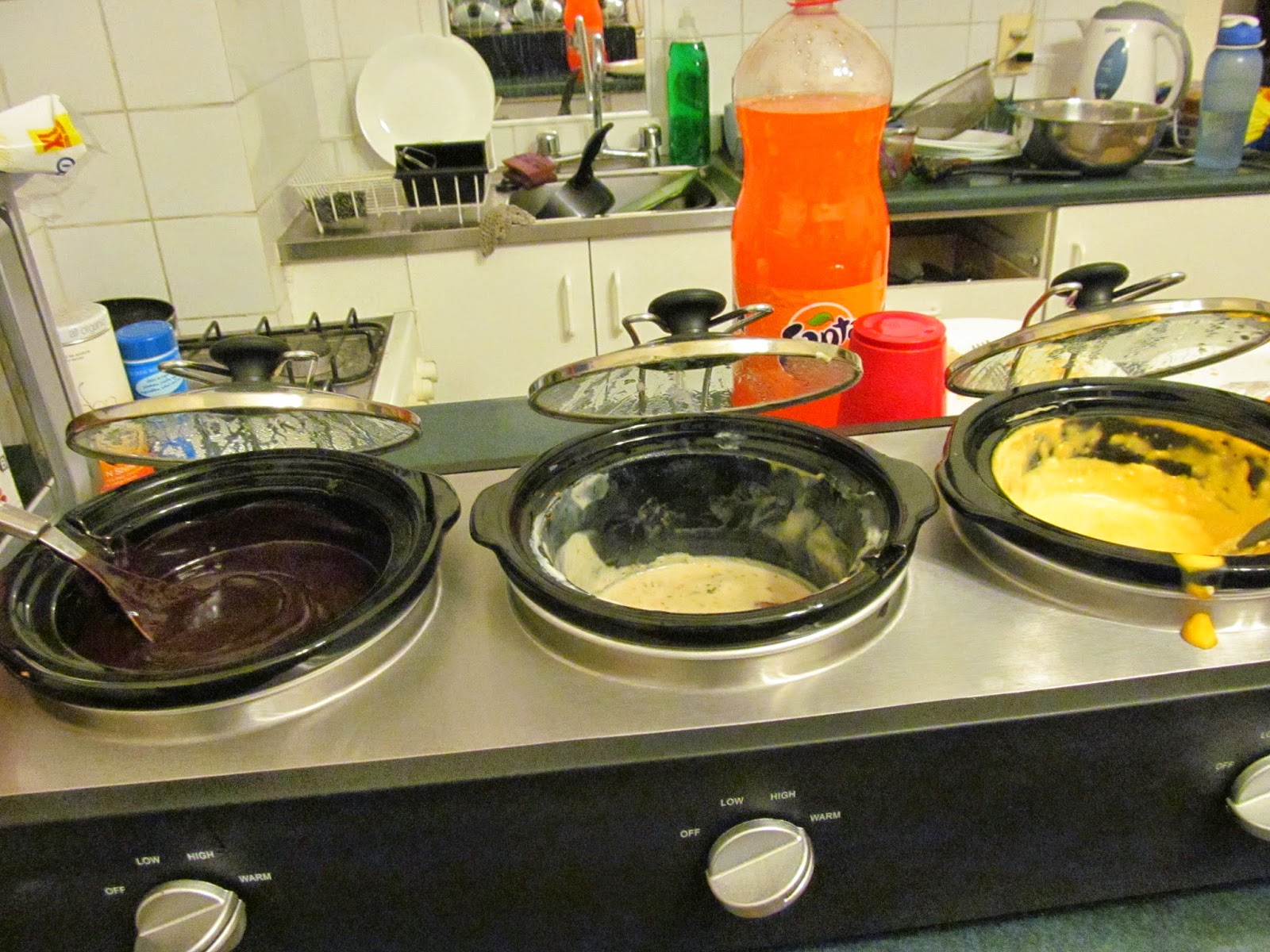 Finally, a noteworthy announcement, our school got a new guard dog within the last few weeks.....he is a German shepherd pup named Bobi......while he isn't the most fierce looking in this photo, he is certain to grow!  Our guards are already working diligently to train this new addition to the SCA team!﻿ 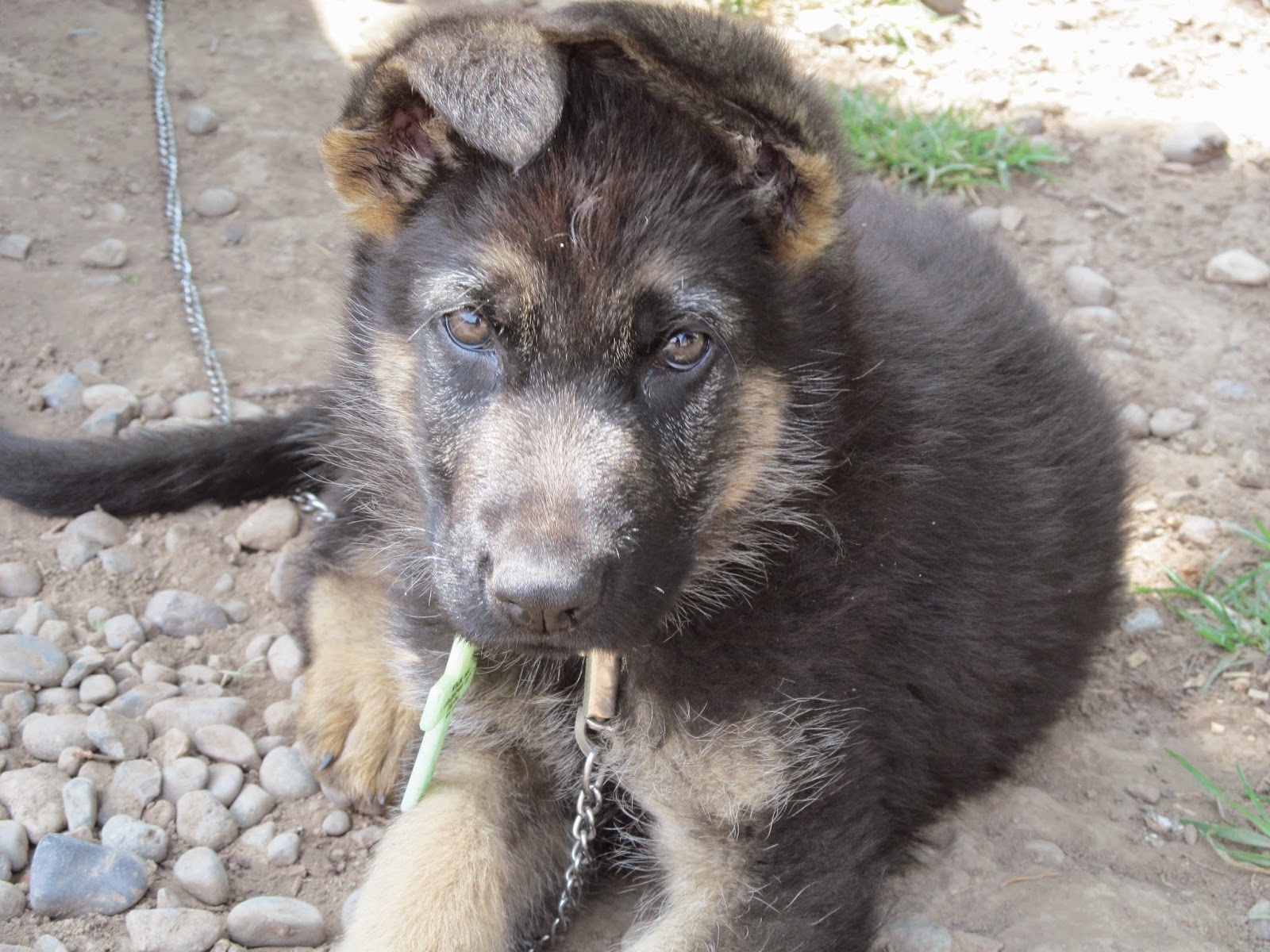