March 25, 2018
This week was filled with some unexpected highs and lows, but the steadfast truth of Gods Word remained constant.  It started as most weeks do with prayer and work...then Monday had a quick adjustment later in the day.  We have a clinic on the Bible college campus where one missionary sees hundreds of the very sick and needy people around us every week.  It is a very unique opportunity to share the Gospel as there is a pastor there full time and lots of people waiting.  Well, it was a routine procedure of doing stitches on a young boy with a very large cut.  The routine quickly changed as the boy went into life threatening seizures.  Thankfully the missionary was able to give him a heavy IV sedative to stop the seizing, however he needed emergency care we could not provide.  The problem was an ambulance our clinic has was out to town and could not be reached.  So we loaded everyone up in our truck, while keeping the boy on oxygen and monitoring his very weak pulse and went to the hospital as quick as we could.  I have to say the hospital is nothing like any hospital I have ever been in....deteriorating, understaffed, over whelmed, not sanitary as I'm accustomed to and that's just to name a few.  To God be the Glory the boy was able to pull through and after a few days was released!
The next couple days I met with several different mission organizations to take part in a security forecasting meeting for the next year in Papua New Guinea.  Unfortunately the trends in crime and the foreseeable future looks a bit bleak.  That's looking though human eyes, however the greatest need is the irreplaceable Power of Jesus Christ.  He can be seen even in the darkest of hours as there is no light that shines brighter.  There is no shortage of darkness around us, many kids are unwanted and left to fend for themselves and with an extremely high unemployment rate disaster is ever present.  We were quickly aware that our security could not be found in the police.  Our police department decided to upgrade their vehicles.  Seems legitimate....as they would want something reliable.  However they sold all of there vehicles and were unable to purchase new ones due to lack of money and no vehicles available in the country.  To add to that because of lack of funding they do not have anyone that answers the phones or radio.....  So where is our security found?  It certainly can't be found in fences...as we have had people cut through them with little difficulty.  It really can't be found in anything  "I" can do, because there are too many variables.  Our hope must be firmly rooted in the security that can only be found in Jesus Christ.
As I have been thinking through all these things we have been reading 1 Samuel for our daily devotions.  One scenario stood out to me very loudly this week.  The Israelites were in a battle against the Philistines and the Israelites were loosing greatly.  So they decided to bring the Ark of the Covenant to battle with them.  The Ark was where God's presence would be in the Old Testament of the Bible.  Well there was a great slaughtering of the Israelites that day and the Ark was captured by their enemies.  I would encourage you to read the whole story (1 Sam. 4), but I can say God does not need men to fight His battles for Him, after all He is God.  What stood out to me was how often we "go to battle" or plan our agenda and when everything we are doing is failing....then we bring God into it.  I know I am guilty of this, but instead we should first ask the question...."God, what do You want me to do?"
It is interesting to think that all of our security....physically speaking is a facade.  We try so many different things to control what happens but it bubbles up in others areas.  It may be rooted in a health concern, or a financial matter, or some material belonging, or it could be a threat of bodily harm.  However all are linked to a fear and honestly without Christ I am not sure how to handle it.  We are given promise after promise through Scripture that God will never leave us or forsake us and to not worry.  While this does not come naturally...at least for me it is an intensional decision to stand on truth....not "my truth", but God's Truth! 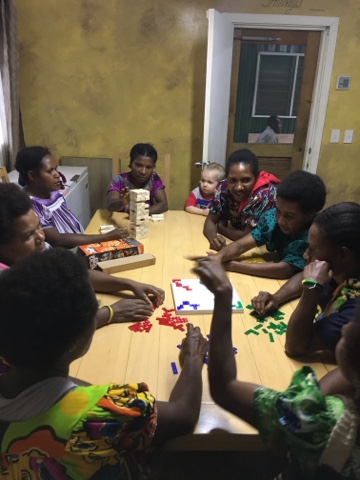 We were able to go to a marriage night at a fellow missionary's house and the ladies began to play games.....Gunner was all about playing Jenga! 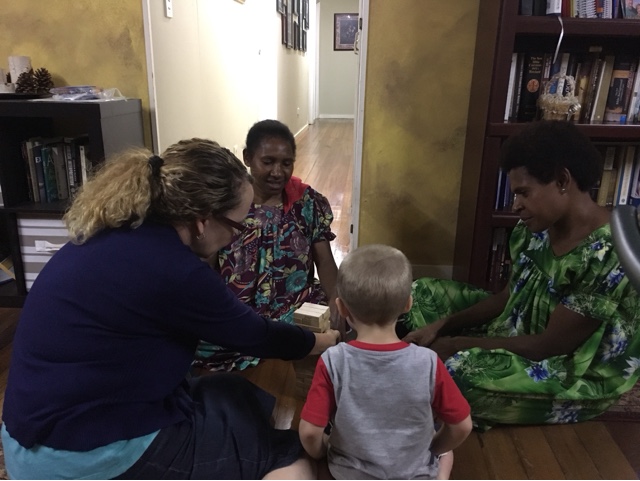 He was enjoying himself and did a really good job at pushing the middle pieces out! 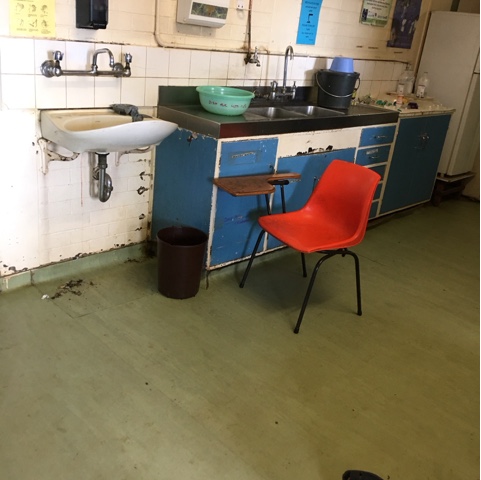 This was just out side of a children's ward and was being used as the emergency area. 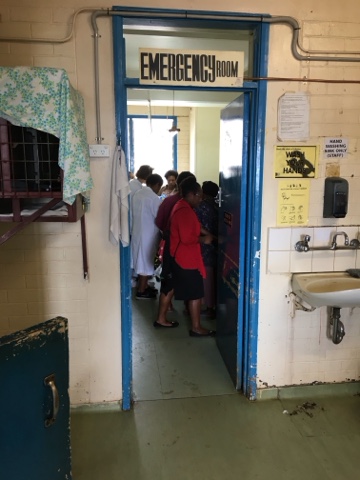 This was the acting emergency room that was used for any child procedures. 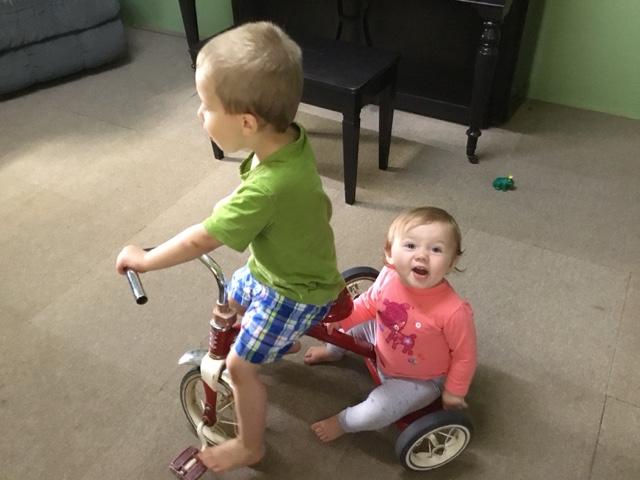