While this may sound backwards, the latter days of king David have been especially encouraging and challenging to me....as a mom.  King David encountered all sorts of trials as a parent.  Perhaps one of the most challenging was when his son, Absalom, forms a conspiracy against him to oust him as king, kill him, and then take over the throne.  Wow.  How tough!
As Brian and I wrestle with the challenge of raising toddlers, I (Phyllis) often feel overwhelmed at their tendency and bent to disobey and go their own way.  However, I am thankful that I am not facing the challenges of parenting teenagers or adult children YET.
There is a surprising twist in King David’s story as he is on the run from his son Absalom.  In 2 Samuel 18, the Bible records that David was overwhelmed with grief and anguish after Absalom dies while pursuing David’s life and throne rather than relief or a sense of being helped.  He wishes that he could’ve died in Absalom's place, according to verse 33.
What struck me while I was reading was that David knew failure as a parent.  As I consider the mild 'offenses' of toddlers, I know NOTHING of the sense of betrayal, grief, and loss that David felt.  A man after God’s own heart?  Oh, yeah.  God UNDERSTANDS those emotions and losses too.  Remember the story of Adam and Eve in Genesis 3?  God gave Adam and Eve a dwelling where they didn’t work, they had enough food and water, they were given each other to enjoy, but most importantly?  They were given the privilege of living with God Himself.  All He asked was that they NOT eat of the fruit of two trees, and He asked them not to eat it because He knew that they would suffer!  It wasn’t meanness.  He wasn’t withholding.  He was protecting.  He was providing.  He was PARENTING!!!
And?  They chose to disobey and eat of the tree of the knowledge of good and evil.  Death entered the world and so did disobedience.  God knew betrayal. God knew grief.  God knew loss.  And David?  He knew those emotions because God was STILL shaping his heart to be like His own!
This encourages my heart because there are days I feel like a failure as a mom.  There are days I struggle because I look at my kiddos actions and think, "WHERE did they get that from?"  (And then I quickly accuse myself because they spend the majority of their time with me.) And in those daily trials, God reminds me that I still need Him...I don’t have it all together...I still need a Savior...and that gives me hope.  God is ALL I will ever need as a parent.  He has called me to this role and HE will equip, encourage, and shape me into His likeness if I remain in Him.
Moms who are struggling?  God is working to mold and shape you!  Think about it.  Pray about it.  Seek His face and stay close to His heart!  While we can’t control the outcome of the stories in our children's life, we can rest assured that the Ultimate Parent, their Heavenly Father, loves them EVEN MORE than we do! 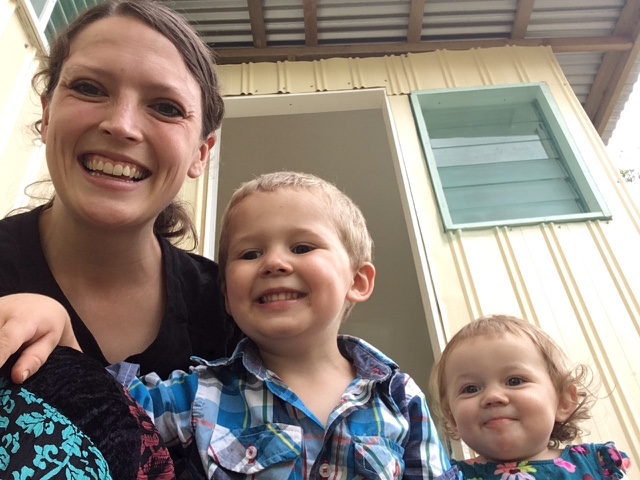 Just having fun with mom! 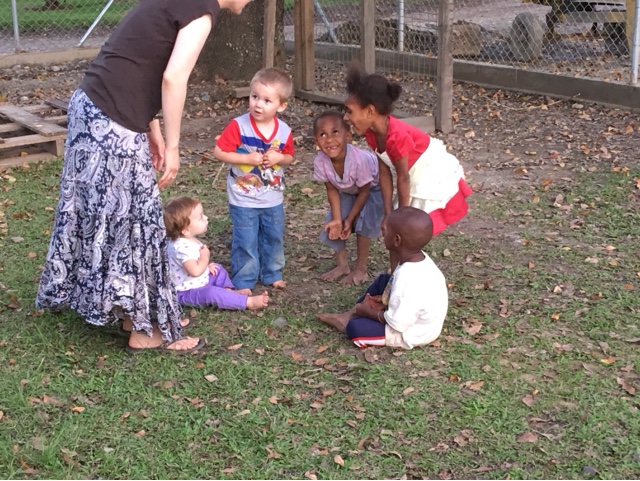