What are we Building?

November 18, 2018
I have had to ask myself this question more than once this week.  What ARE we building?  So many things....but? The number one aim is that God gets the Glory in whatEVER we build.

This week there has been construction at our house of a blacksmithing shop.  It isn't finished, but it's well on its way thanks to many helping hands!!!  While from the outside it seems that we are just building a structure, there is SO much more going on behind the scenes!  This is Brian's classroom to teach and equip nationals with skills that, Lord willing, will serve them for a lifetime.  He is building into the lives and hearts of the men that are taking the Word of God to remote places in PNG.
Not only that, but do you see that little guy in the red and black hat that is in the midst of the construction?  That's our son, Gunner.  While Brian is working with these students on a construction project, he is also imparting to our son value and work ethic!  That's something that isn't usually taught in a traditional classroom setting.  Brian is building into the family that God has entrusted Him with.
Moriah is too young to help outside, but she is old enough to comprehend what's going on.  So? I build into her by modeling servant hood.  What time of day were the guys working?  Over the lunch hour, so we made sandwiches, cut up oranges, bananas and watermelon and cleaned up afterwards!  On the inside of the house, I, too am building.  I am not building with sweat and strength, but I have been recruited to help build servant hood.
It's Sunday already here in PNG, and today we went to church as a family.  We have been worshipping with a group of believers that doesn't have compete ownership of land or a building, but they DO have Jesus and a heart to serve Him.  We were meeting under the open sky, but now we bring a pop up canopy and sometimes newspaper to sit on if the ground is wet.  We are seeking to build and nurture the hearts of the people in this area called Makia.  We need your prayers as we seek to help establish ownership of the land and put up a building.  Land is precious in PNG and land disputes are common.  However, we know that if God is in it?  NO man can stand against it!  Please pray that God would make HIS will known as we seek to build!
And you?  What are you building?  We ALL have been called to build in some form or fashion.  Everyone is uniquely crafted and placed to fulfill a role that God whispers into their hearts.  First?  You must know JESUS and give your life to Him to be used.  Confession of sin and repentance of the old, selfish nature must come before God's Spirit can direct you.  However, giving your life to Him is a decision you won't regret!
Building can happen anywhere.  You don't have to travel a long way to build.  Building takes time though and intentionality on the part of the builder. With that in mind, what are you spending your time on?  What are you intentionally doing in your life right now?    What are you building?

Chris Rice penned a song named, "Life Means so Much."
Everyday is a bank account/and time is our currency/No one's rich, nobody's poor/We get 24 hours each/So how are you going to spend/Will you invest or squander?/Try to get ahead or help someone who's under?/Teach us to count the days/Teach us to make the days count....


Gunner and a student working together to haul cement... 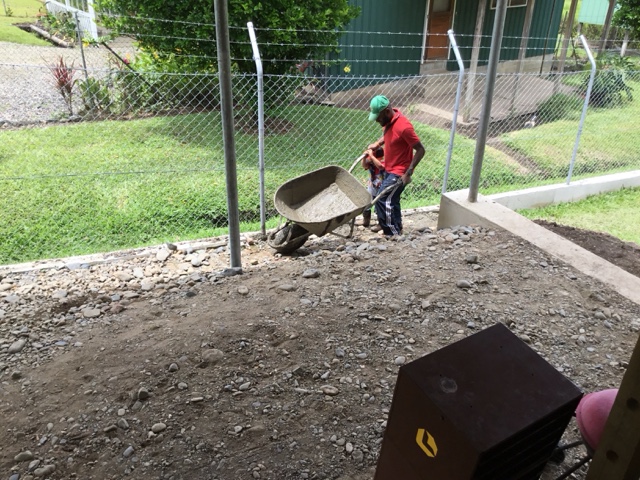 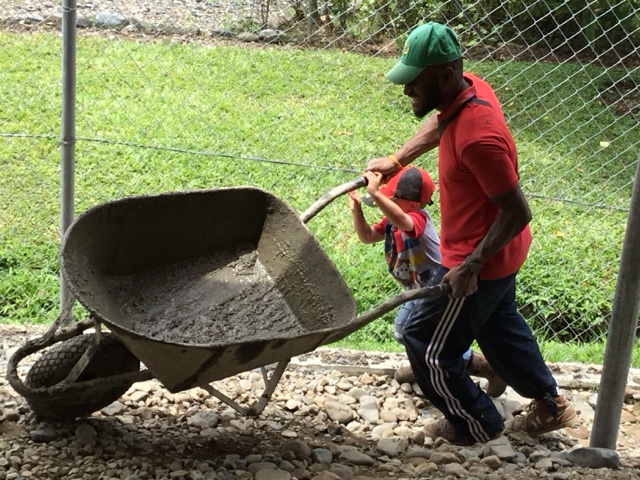 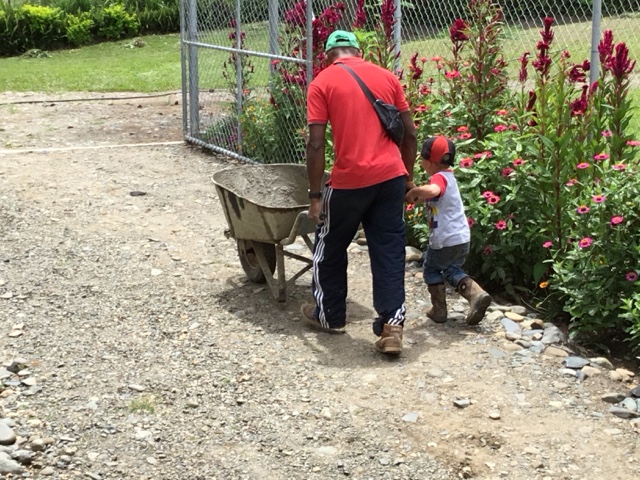 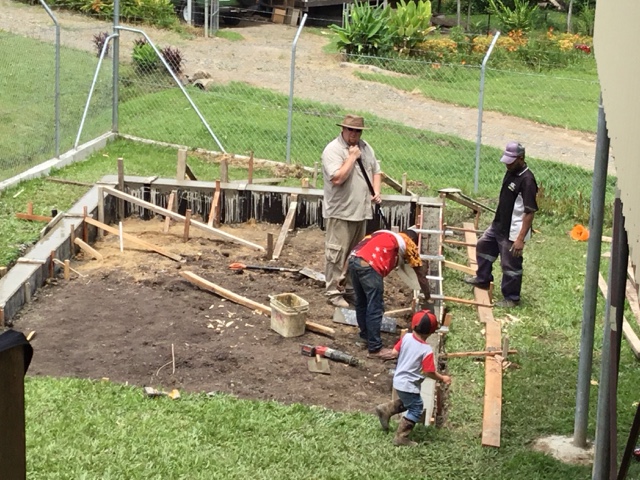 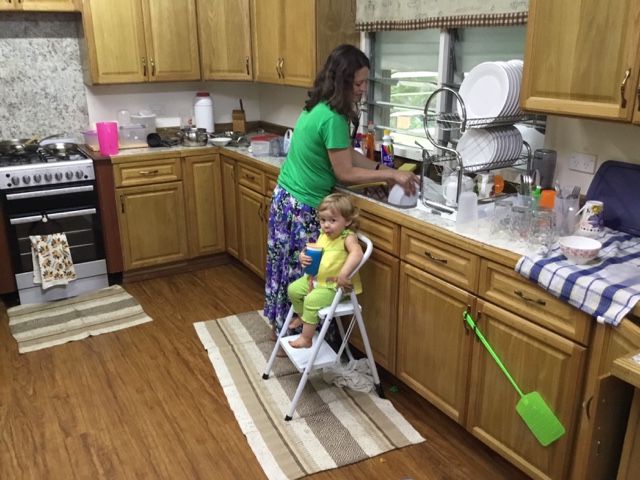