September 29, 2019
We have several projects going at any given time and often it’s hard to see tangible progress in the day to day activities.....especially when they are large projects.  One of these large projects that has been taking place at Goroka Baptist Bible College is the construction of fish ponds.  There is a fishery department that has been created within the PNG government that has seen the great need to boost nutrition and economic solutions for the many struggling people of our area.  With the help and guidance of this fishery department we able to get this project moving.  The goal for us as a Bible College is to create a good food source for our students and if the Lord allows we can sell fish to generate some much needed income for the school. 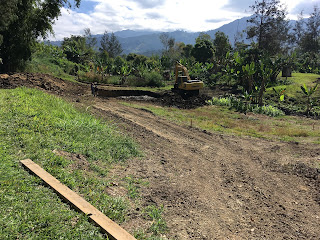 Some land was set aside at the campus for the placement of the ponds.  I was originally told that the ponds were going to be dug by hand by the students.....while it was a good thought that would take a very long time...... 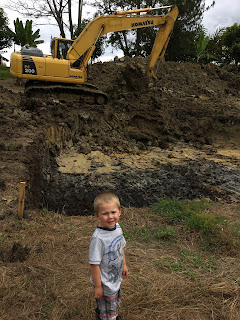 Gunner came out to inspect the work and decided Dad made a good decision to find a large excavator to do the digging. 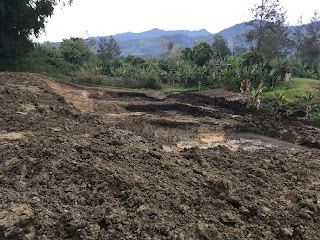 It took about four days to get the 3 ponds dug out and the excess dirt moved around. 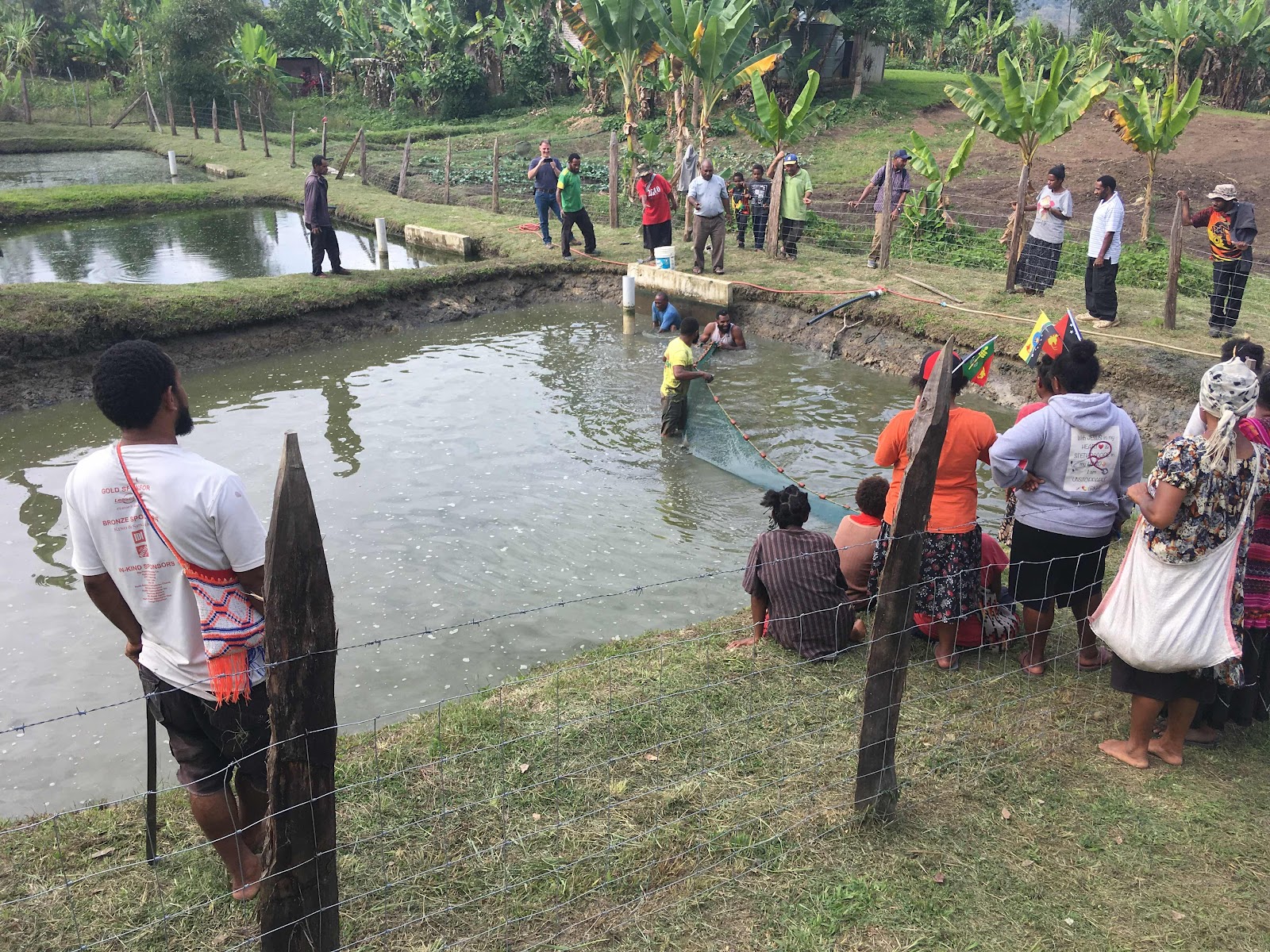 If we fast forward about six months we are getting ready for the first fish harvest! 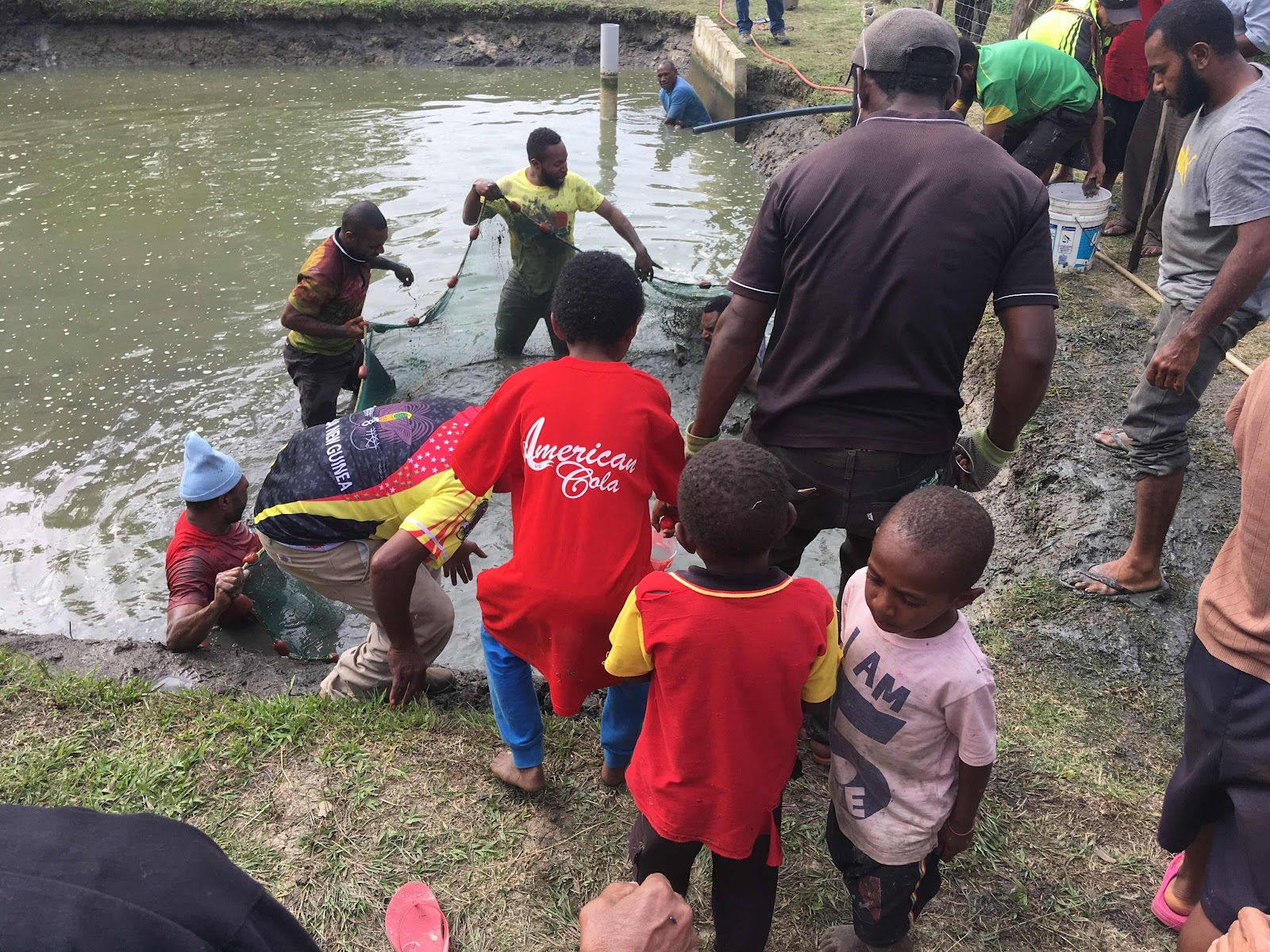 The ponds can be drained to get all the fish, however we wanted to sort some of the fish based on size.  The students had been anticipating this for months and were more than willing to jump in to use nets to start. 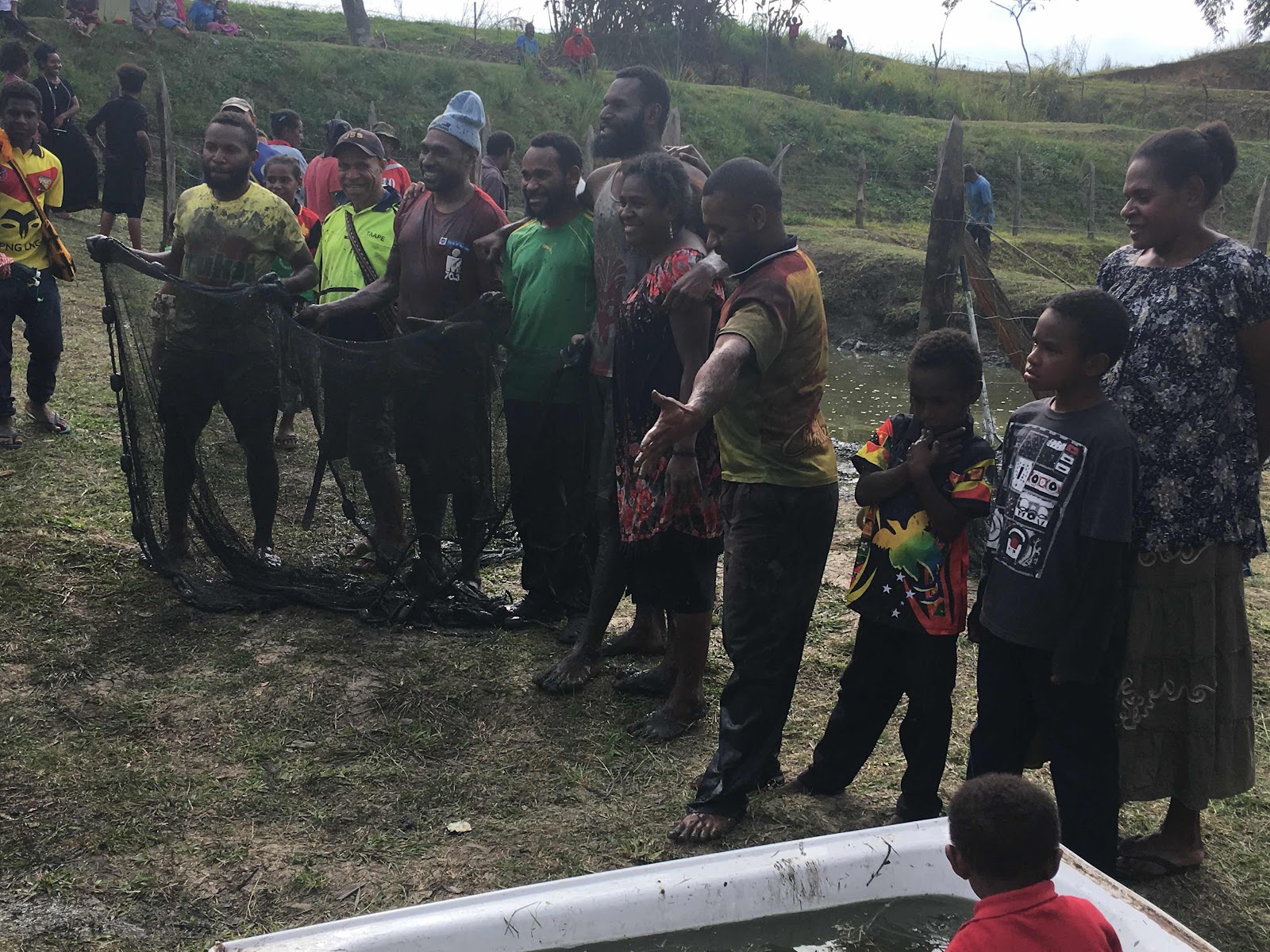 Our fisher men/women for the day 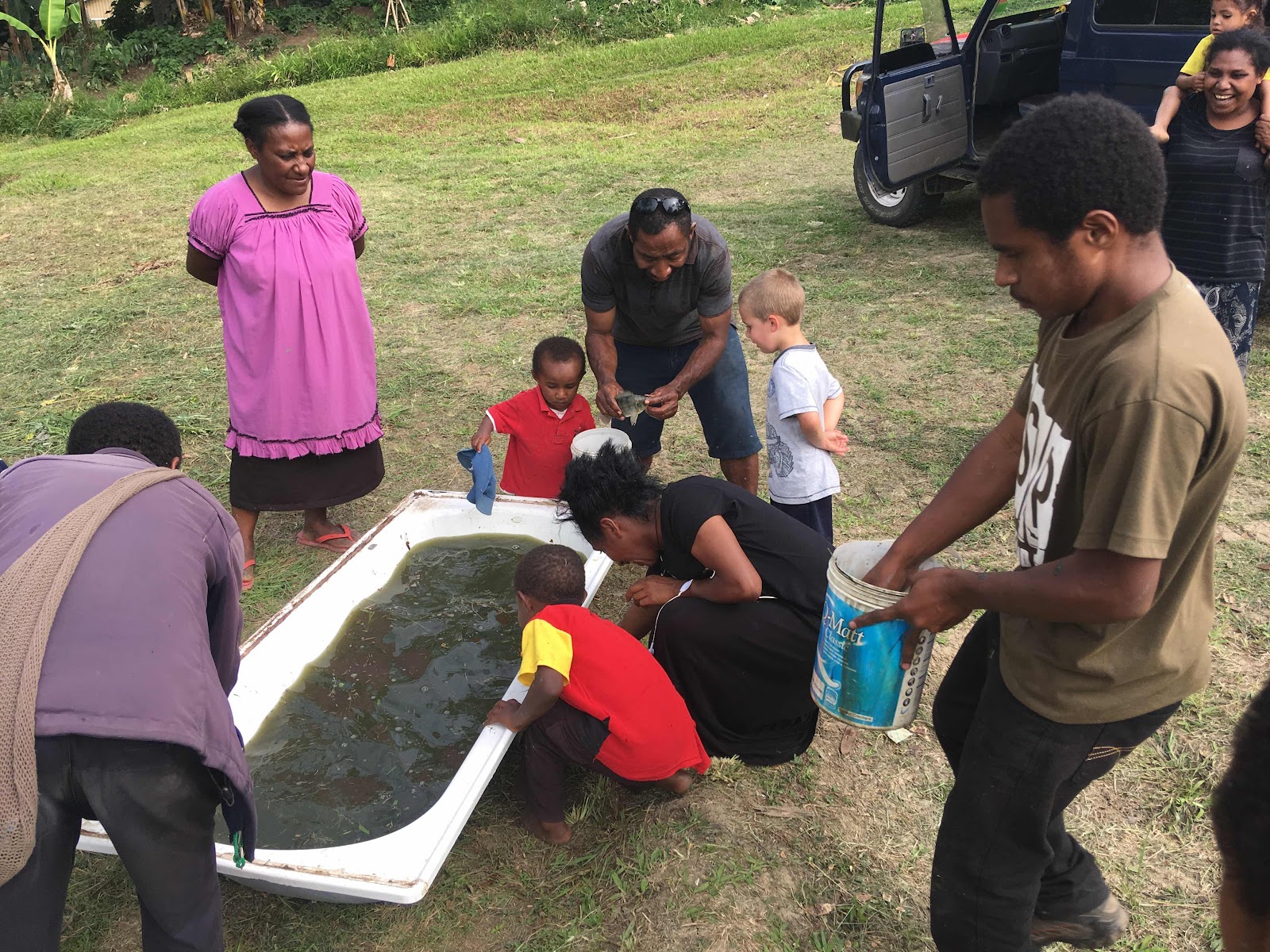 Gunner was never far from the action and wanted to get up close and hold a fish......he touched one of them and that was enough. 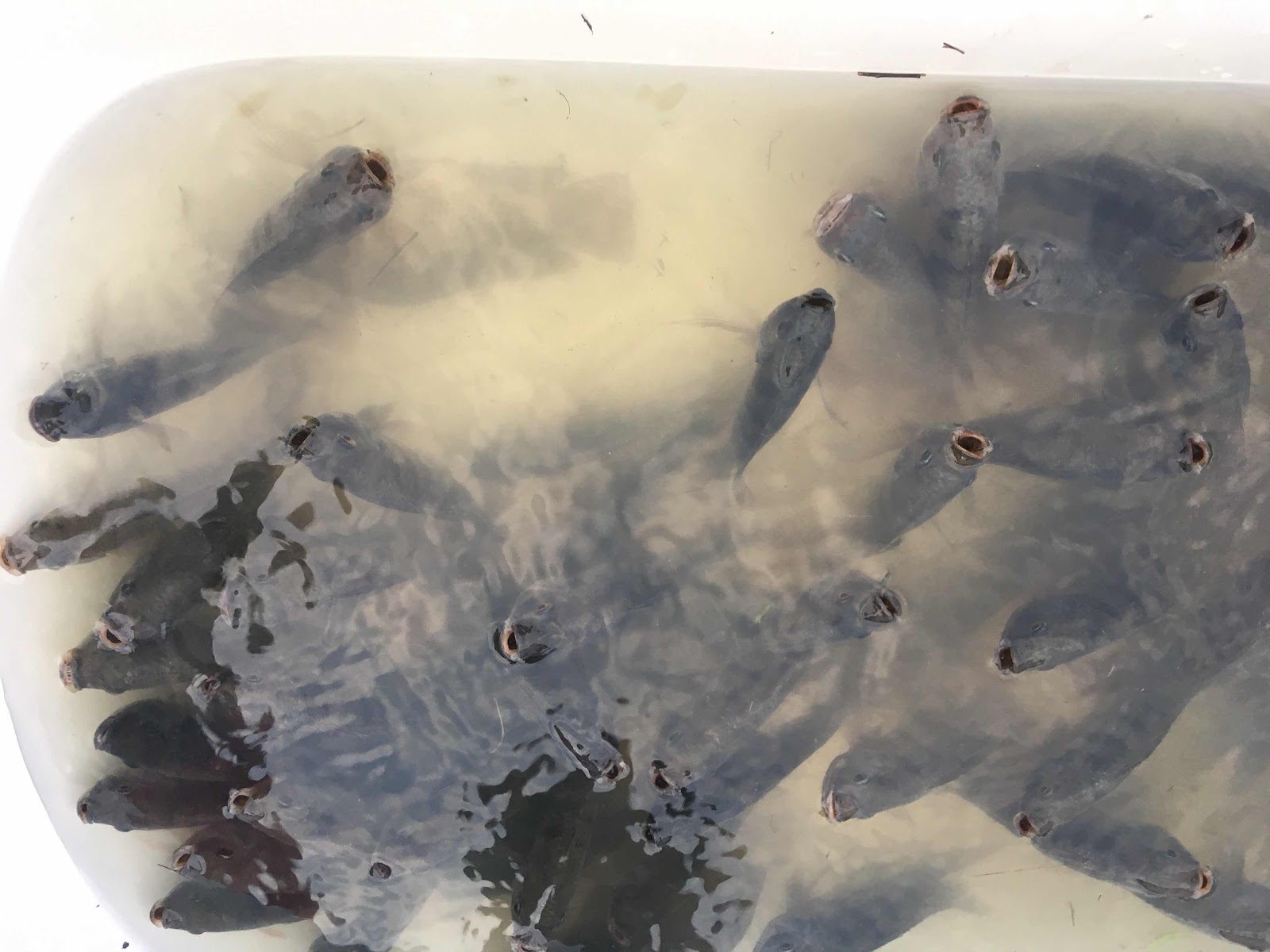 The fish raised were tilapia and the first fish harvested were handed out of to very eager students and their families for the first of hopefully the first of many fish fries at GBBC.