September 15, 2019
It's not the critic who counts; not the man who points out how the strong man stumbles, or where the doer of deeds could have done better.  The credit belongs to the man who is actually in the arena...who, at best, knows in the end the triumph of great achievement, and who, at the worst, if he fails, at least fails while daring greatly.
—Theodore Roosevelt
I picked up If You Want to Walk on Water You Have to Get Out of the Boat by John Ortberg yesterday.  It was a book that I read as I was praying about missions that a gal in my small group had given me at that time.  The pages are littered with comments, underlines, and dates.  How fun to relive that time, in part!  That’s where this quote comes from, in fact.
I chose to start with this quote by Theodore Roosevelt because it resonates with the American Dream.  It speaks of independence, courage, risk and success.  However, I also wanted to challenge you, reader.  Do you agree or disagree with this statement?  I thought and prayed about it for some time tonight as initially I felt like it resonated with the place I am.  However, the more I thought on it, the more I found an error in thinking.  As a missionary, I don’t take risks to make myself look great....I take risks to point people to Jesus.  If some of you see good in me?  That’s Jesus.  If some of you see bad in me?  That’s an area Jesus is working on me yet!
Monday PNG celebrates its Independence Day.  There will be all sorts of celebrating going on.  Some honoring to God and country and some not so much.  However, I got to thinking about my values this PNG Independence Day...and?  I was broken.  While freedom is highly valued and worthy, what does it matter if a man 'gains the whole world and yet forfeits his soul?' (Mark 8:36).  Sobering, huh?
The truth according to God's Word is that our battle is not WITH one another.  Our battle is FOR one another.  Last week I shared that we must be kind for everyone we meet is fighting a battle.  The thought still resonates this week.  We all are in a battle and we choose sides whether we do it aggressively or passively.  The stakes are high.  Our enemy, Satan, is strong, BUT OUR GOD IS STRONGER!!!
So?  Where does that leave us?  It leaves us fighting for our friends, family, and acquaintances...on our knees and in God's Word and through our actions, interactions and goings on.  I want to leave you with one final quote.  Francis Chan, says, "Our greatest fear in life should not be of failure, but of succeeding at things that don’t really matter."  It is meant to challenge and encourage the ranks at home who are joining our battle here on the other side of the globe.  You are valued!  You are seen!  And we couldn’t battle here if it weren’t for those on the home front upholding the battle lines!  Thank you! 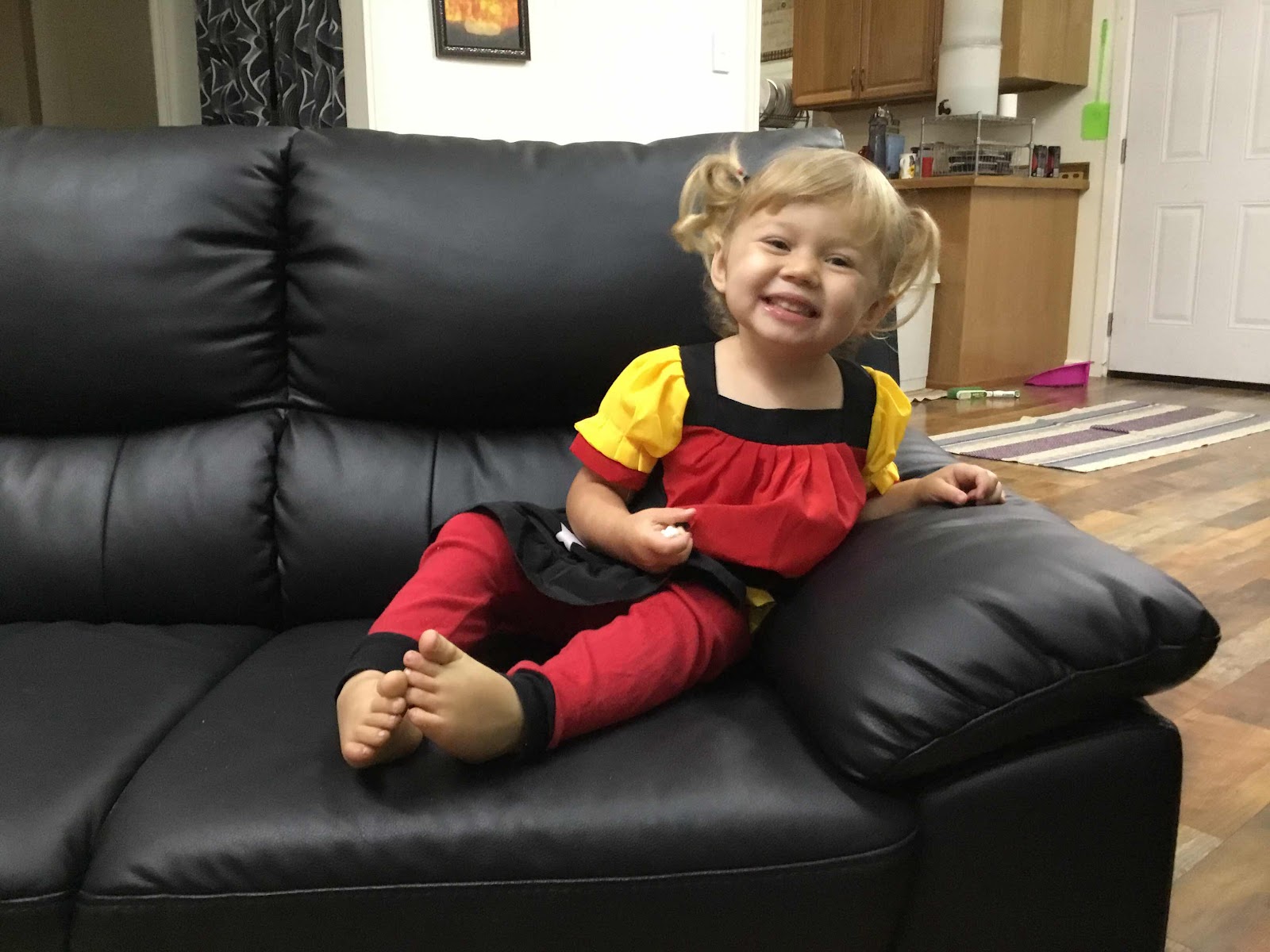 Moriah in her PNG colors! 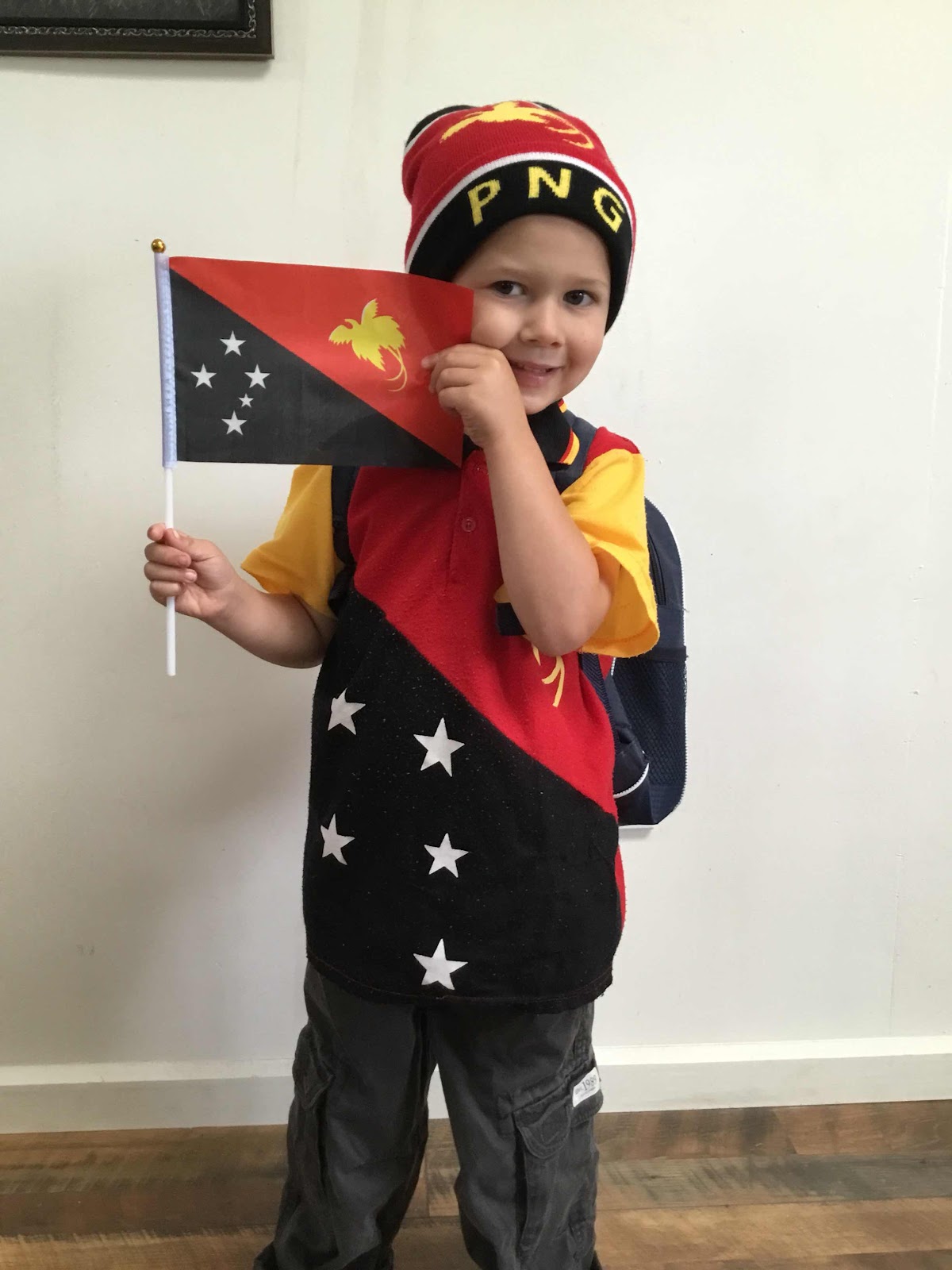 Gunner ready for his school celebration! 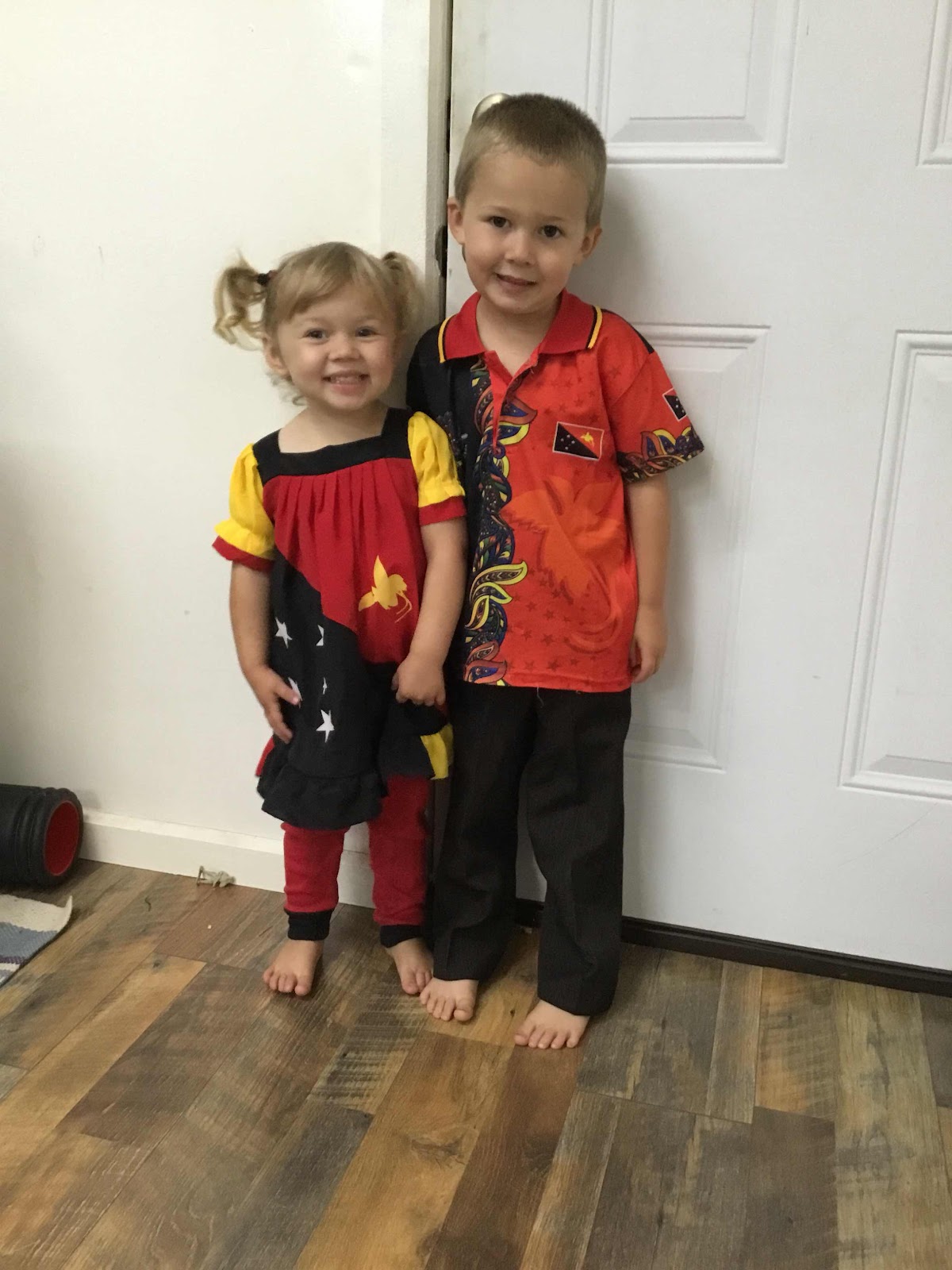 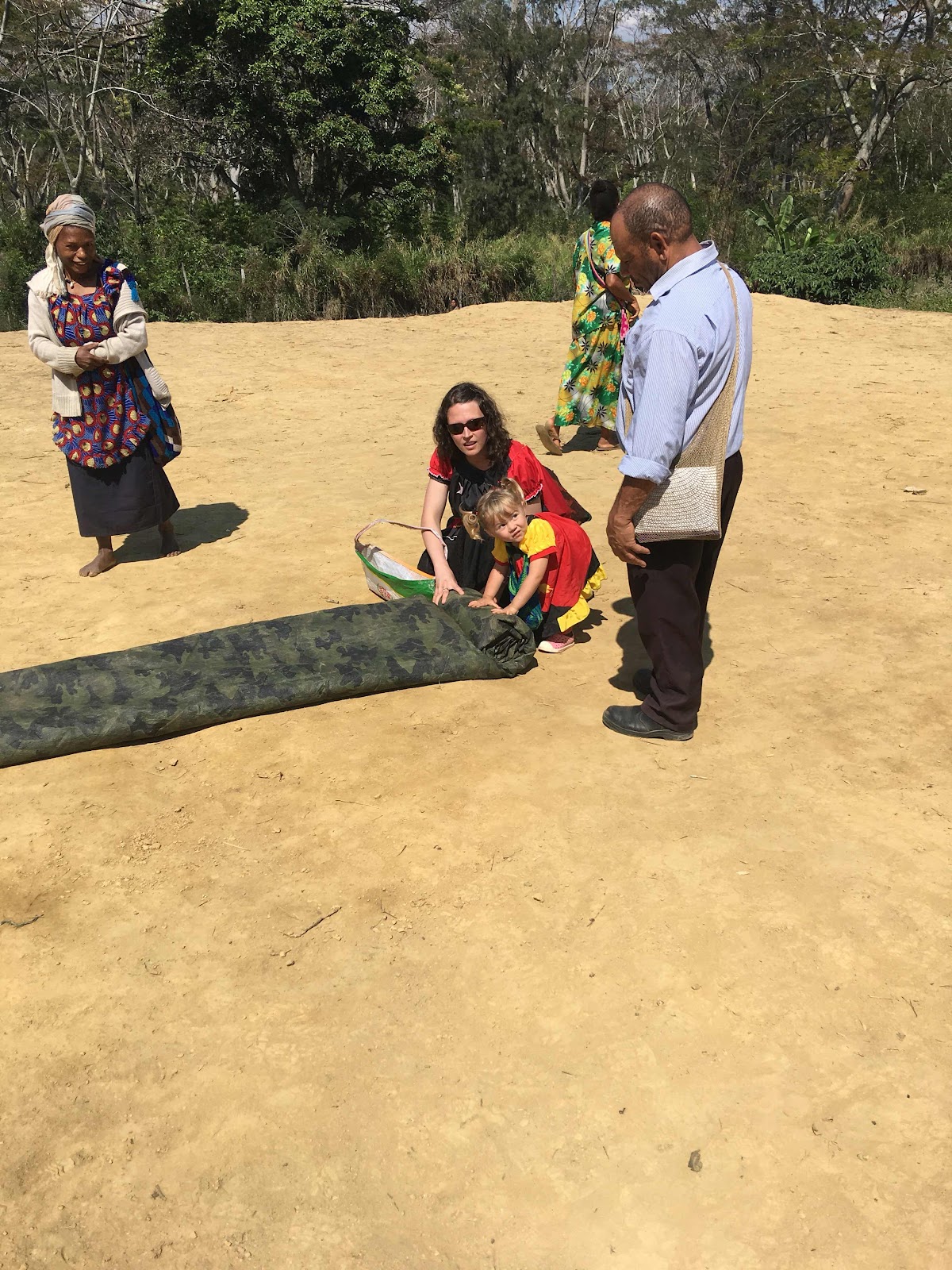 Moriah and mom rolling up the tarp after the mornings service. 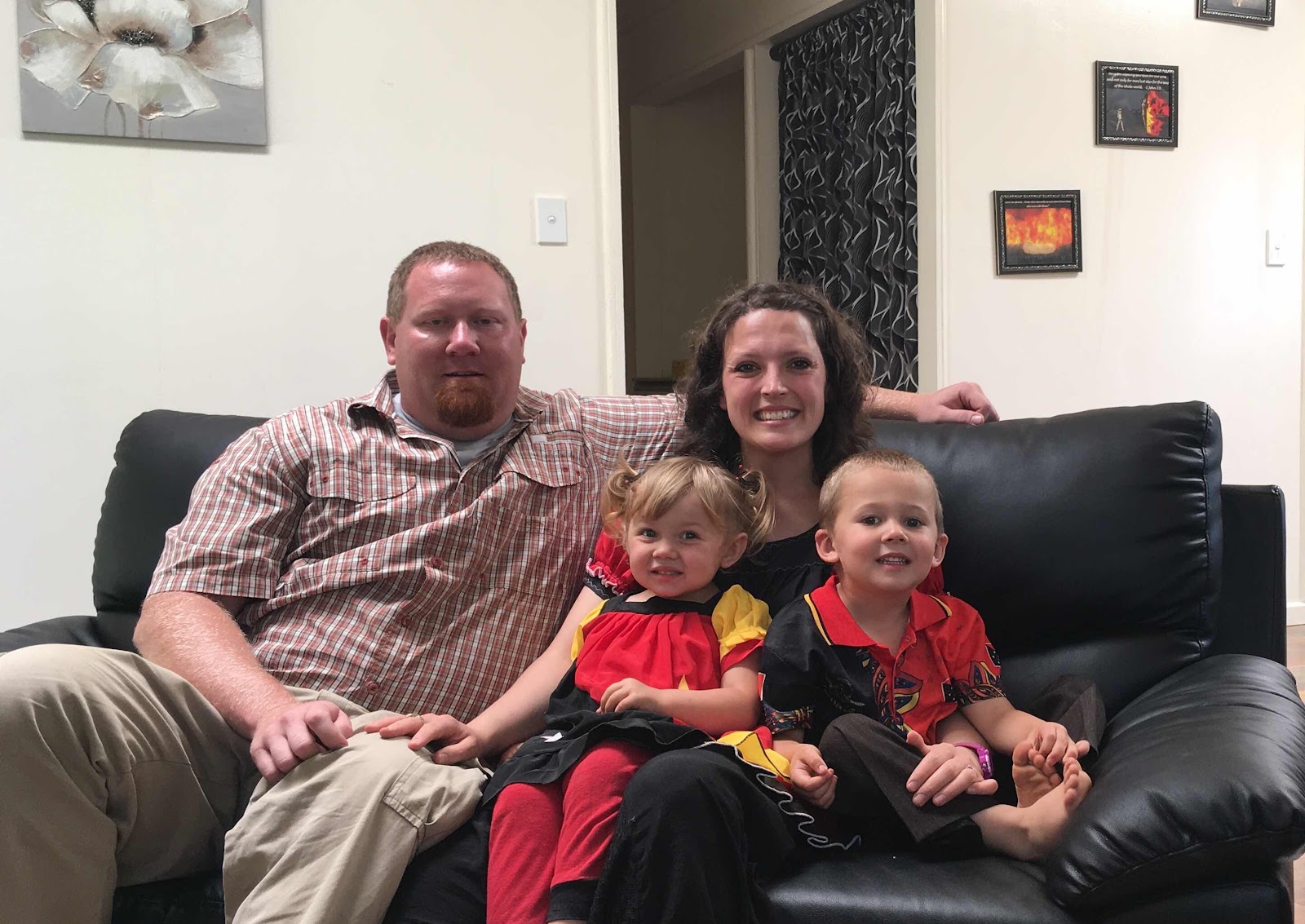