October 09, 2021
This last week had a lot of unexpected twists and turns for us here in Papua New Guinea.  While Covid has been going on for some time and there have been numerous changes to regulations, not much has really changed on the day to day level for the people in our area.  In a lot of ways it seems that switch flipped this last week.  Covid has begun to leave its ugly mark.  The main hospital in Goroka has been literally overrun and that’s hard to say because it had already been struggling to function.  Now coffin boxes line the hallways and 20 foot refrigeration containers have been brought in to hold the body bags.  Even though our area has been locked down, unfortunately the spread continues.  There are many added factors like less than 2% of the population is vaccinated.  There is also much underlying sickness such as TB, Typhoid, Malaria, HIV, and many other common diseases here contributing to compromised immune systems and making many vulnerable to this "new" sickness.
It hit especially hard this week as our friend, neighbor, and President of GBBC began to really struggle with Covid.  His body's oxygen levels plummeted to deadly levels, and he was requiring lots of medical oxygen to stay alive.  With the main government hospital constantly running out of oxygen and short on staff, supplies, and everything, you can imagine sending him there would have been a death sentence.  By God's grace, we have a health care worker on our campus who has been graciously caring for Pastor Jack and the many who are sick on our campus.  It was decided this last Monday morning that we were going to run out of oxygen and needed to do something quickly.  Our province was locked down, however, and the only chance we had was to get oxygen from another province on the coast—which was an all day drive.  Me and a national partner took our clinic's ambulance down Monday with hopes of getting oxygen on Tuesday morning.  By God's grace, we arrived and were given a limited supply (6 medium sized bottles) of oxygen.  Because we didn’t have a truck, and it wasn’t very safe to transport oxygen bottles inside the vehicle was why the supply was limited.  Shortly after we had gotten some oxygen, I (Brian) received a call that we had run out of oxygen and that Pastor Jack wasn’t going to make it until we got back.  Due to some quick acting by teammates, they were graciously able to borrow a bottle from another mission clinic until we could get back.  We arrived back Tuesday evening and were hoping to be out of the woods for a bit.
I sent one of the workers on Thursday morning to check about getting some of our oxygen bottles filled at the government hospital in town.  He came back with very grim news of the state of things and reported that the hundreds of oxygen bottles that were delivered earlier in the week to the hospital were already gone.  We made the decision that I (Brian) was going back to the coastal city of Lae in an attempt to get more oxygen before we ran out again.  By God's grace, we made the trip successfully, and we used our truck this time so we were able to get some more bottles (8 large ones).  This was a blessing in itself as there is only one company that makes medical oxygen in the country.  As one of the employees were helping me load them, he was saying how surprised he was that the boss allowed us to purchase them as the demand was so high that they had been refusing sale to lots.  It truly shows that the prayers of many were at work!  I am very, very thankful to be back home.
With all the sickness, travel, purchasing food for those in quarantine, and lots of unexpected expenses that have been hitting us, we could really use your financial help if the Lord leads!  Your prayers are even more important and critical as we could be only on the tip of the iceberg.
Click here to Help!
Or you can put this link in your browser (https://www.abwe.org/work/missionaries/brian-and-phyllis-hovey)
This struggle has affected all of us in some way regardless what corner of the world we live in.  However, we are commanded to not lose hope, as God is still on His throne!  I have been looking at the craziness in this world….whether it be this covid stuff, politics, or just downright evil, and I think, "How can anything good come from this?"…..I am reminded of the story of Joseph and his profound statement when facing his brothers…. “As for you, you meant evil against me, but God meant it for good, to bring it about that many people should be kept alive, as they are today" (Genesis 50:20, emphasis added).
Life is right now, and death is inescapable.  However, the question is, "Are we ready to stand before our Creator and give an account of our life?" If you’re reading this that means you’re still breathing, and it is “God our Savior, who desires all people to be saved and to come to the knowledge of the truth.  For there is one God, and there is one mediator between God and men, the man Christ Jesus, who gave himself as a ransom for all” (1 Timothy 2:3-6). The only decision there is to make and the one that will affect eternity is, "Do you believe in Jesus Christ?" 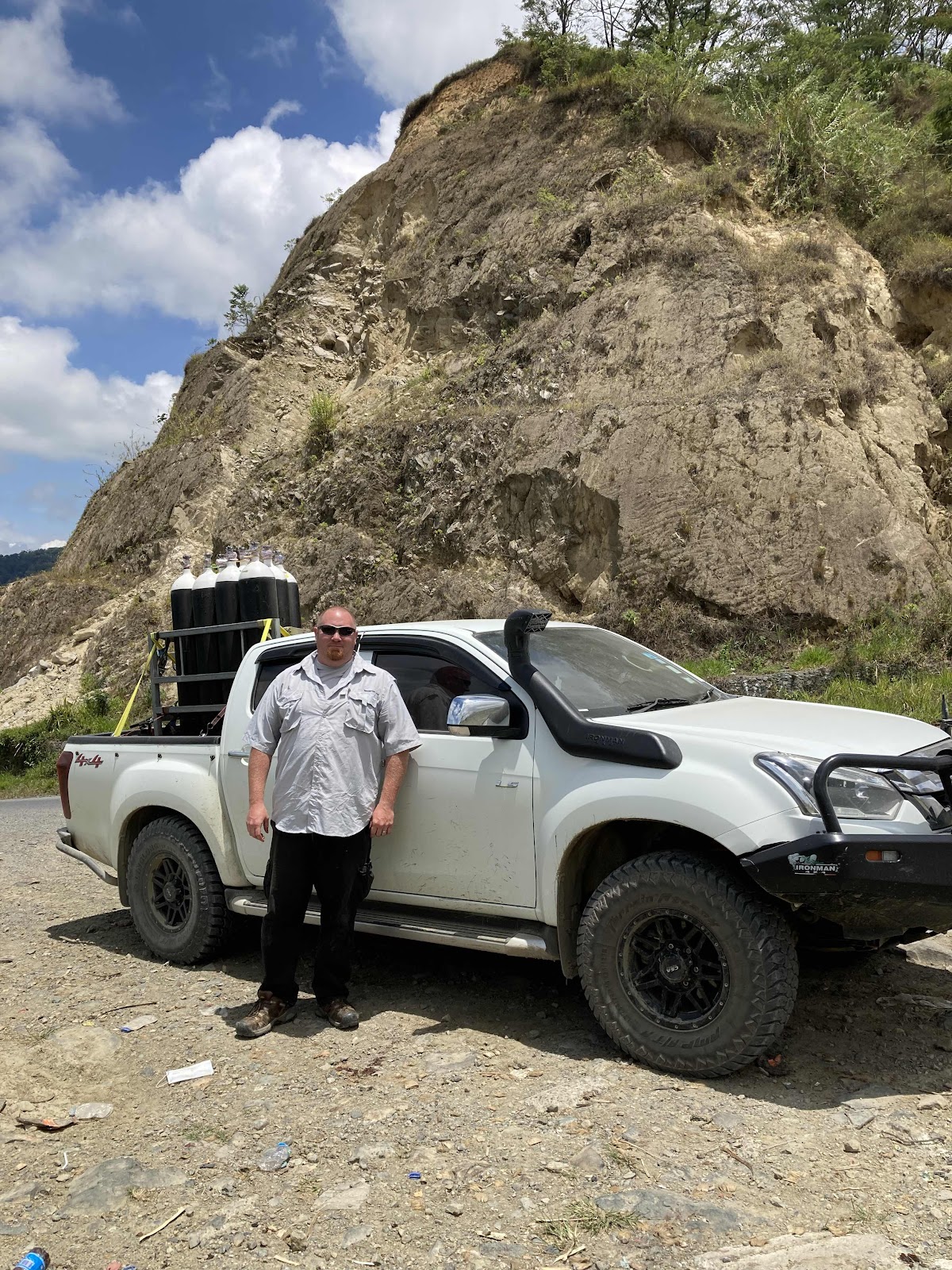 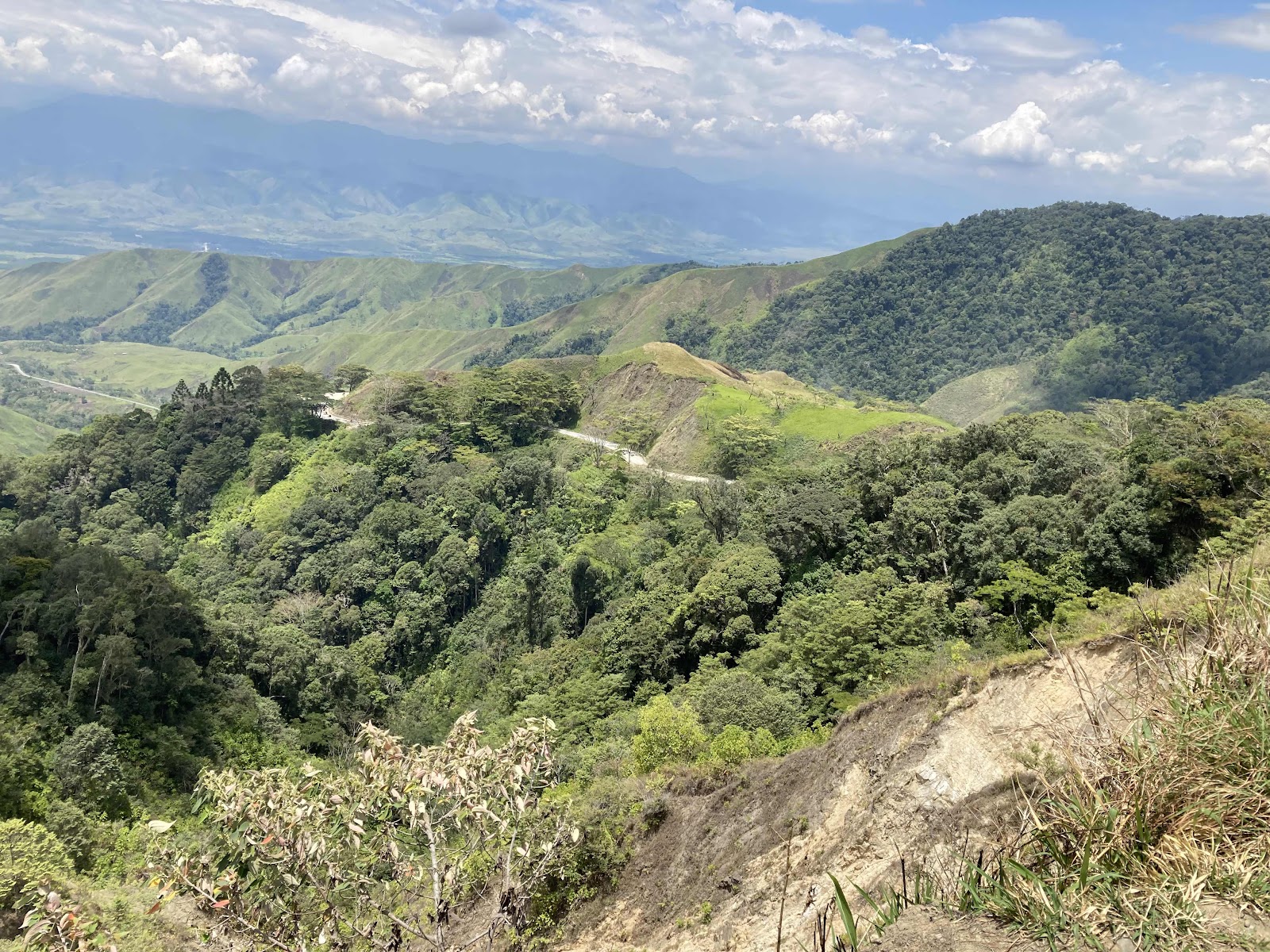 The road to the coast winds up and down mountains and is riddled with potholes. 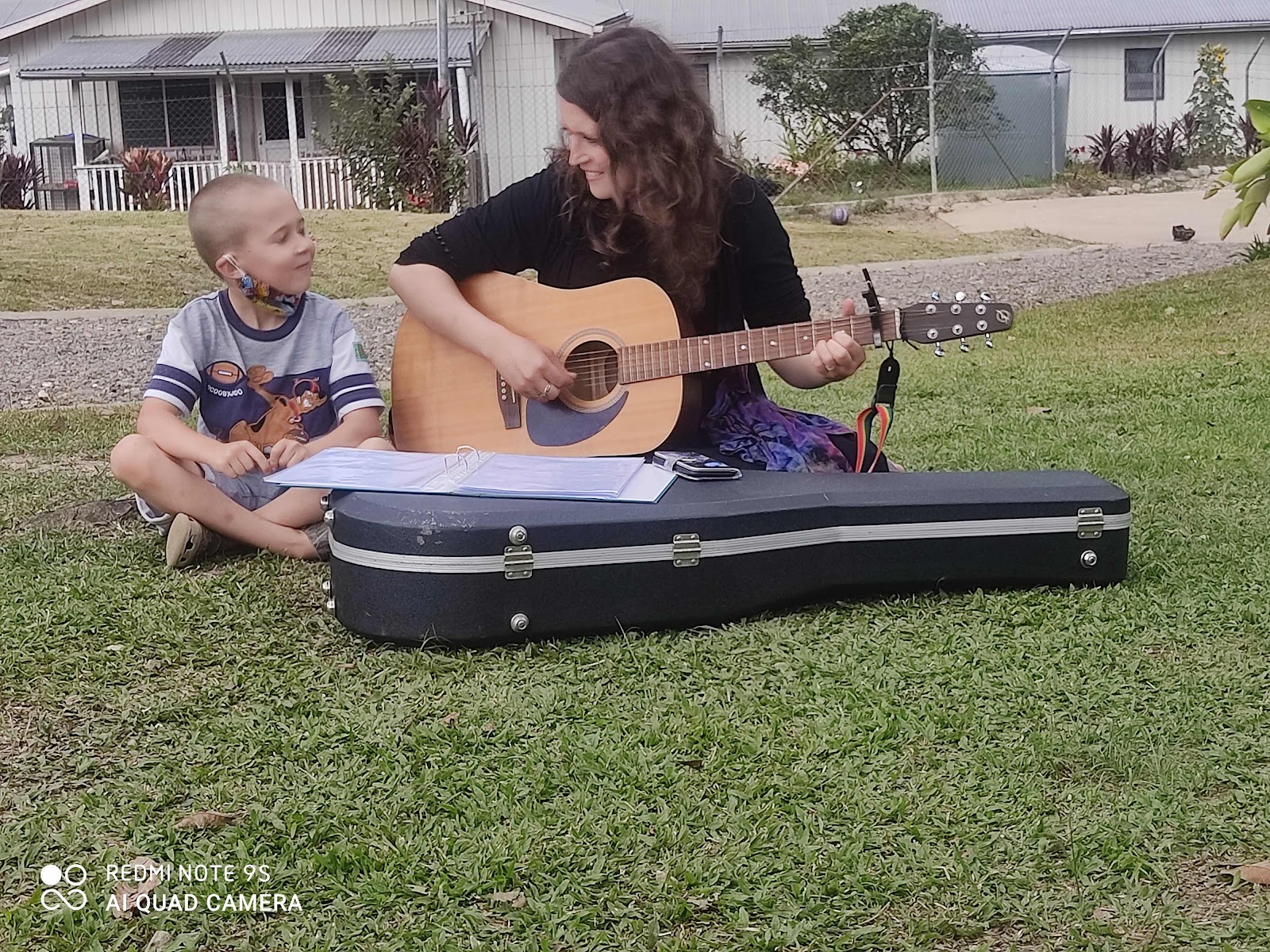 Phyllis and Gunner singing for Pastor Jack as he was inside in bed on oxygen.