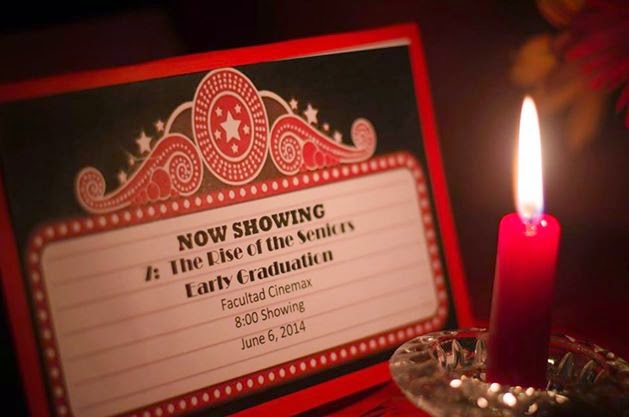 This year's theme for the Banquet was "A Night in Hollywood--Red Carpet style." It was held at the Seminary located across from the school and was complete with awards for the best actor, most classy, most quiet, etc. The Junior class did an excellent job at creating a memorable night for their soon-leaving Senior buddies!  There were also gifts that the Senior class bestowed upon the underclassmen/women--some were sentimental and some were silly. They even recognized Brian by giving him an official raise in salary.......they gave him a 'roll' of 100 dollar bills!  Too bad it was a roll of money toilet paper! This year they even had a mustang statue--it's our school mascot. 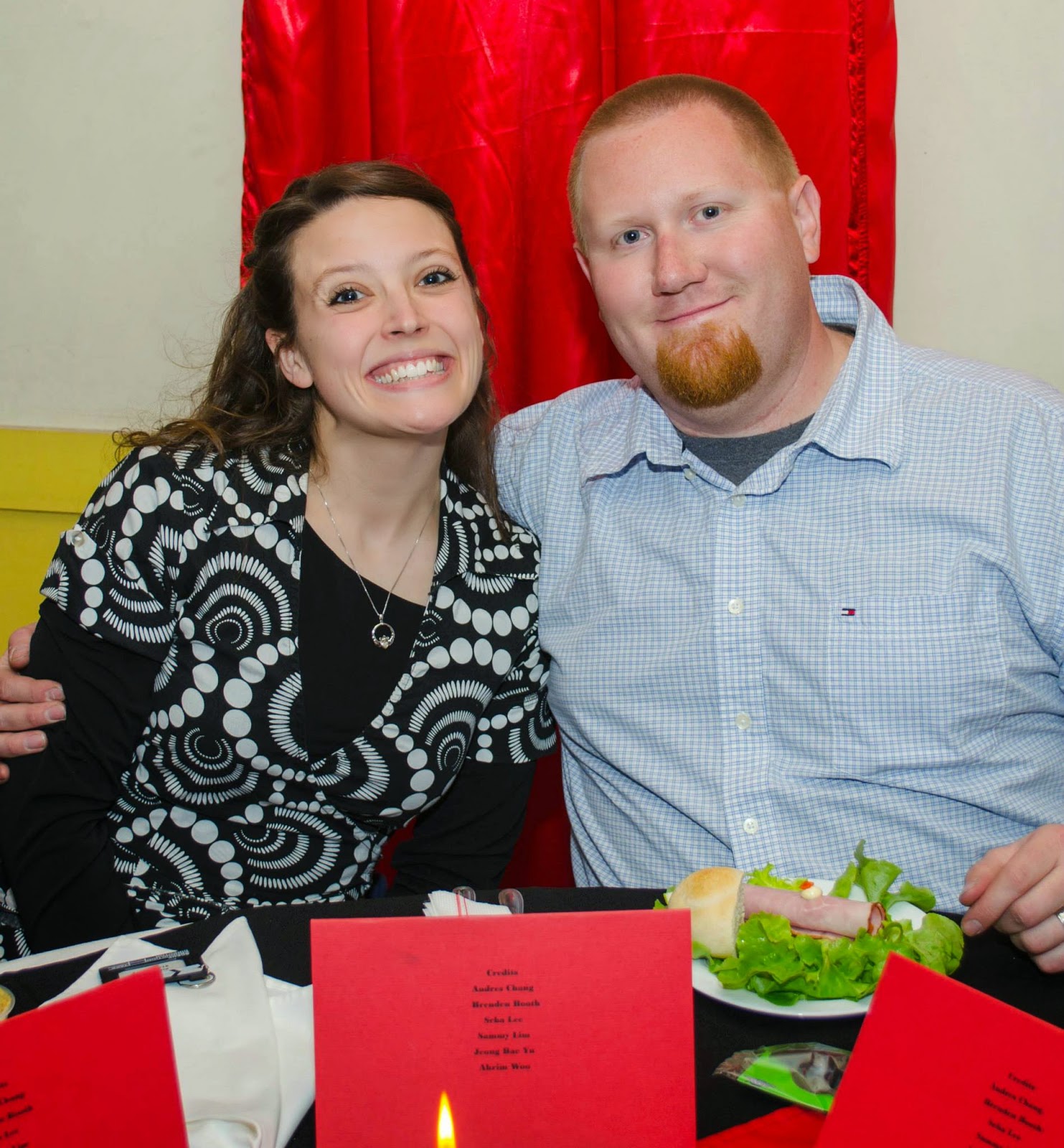 We had a wonderful meal that was served by many of the students from the Seminary. 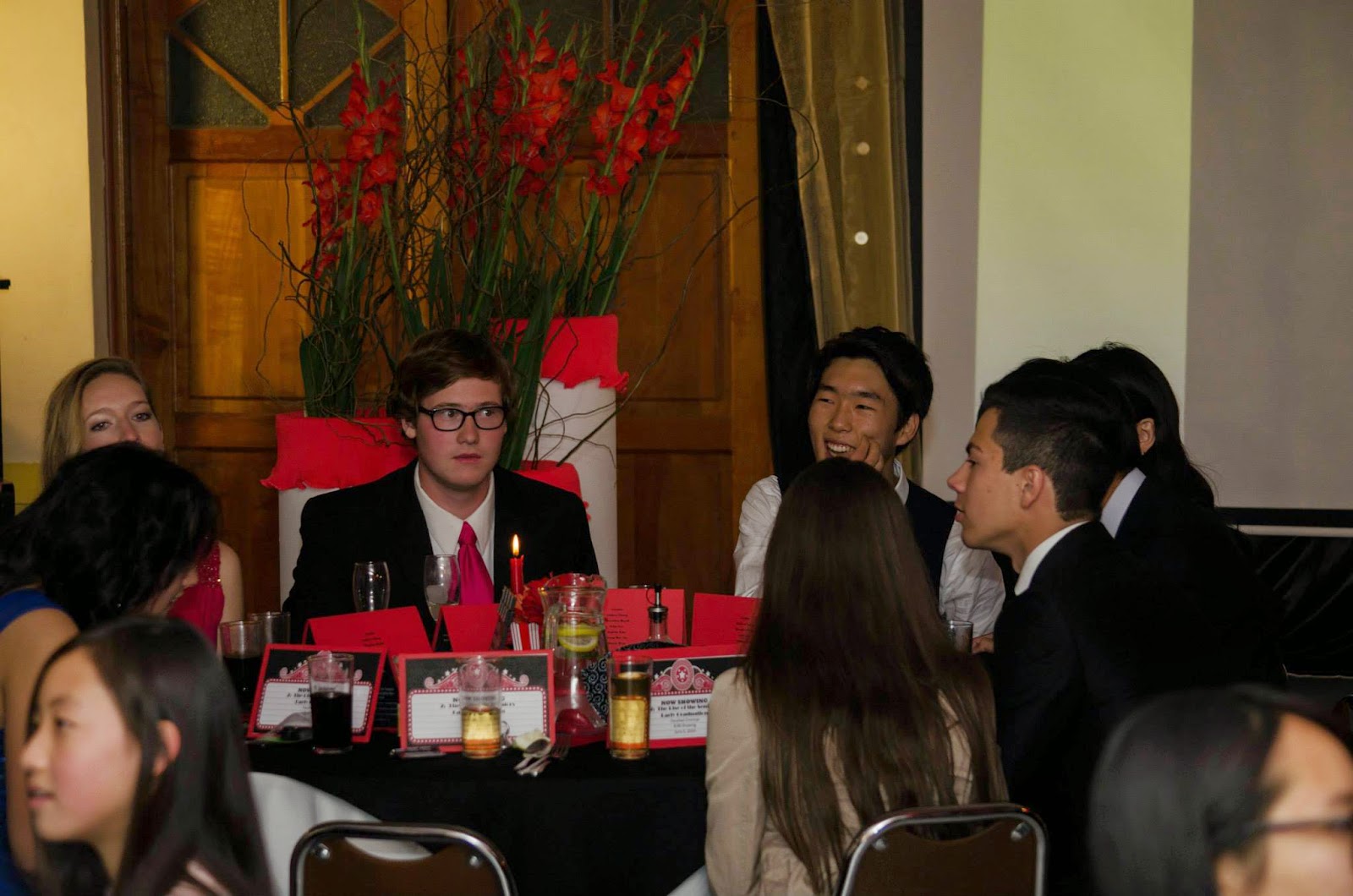 There were over 60 students and teachers in attendance and a good time was had by all! 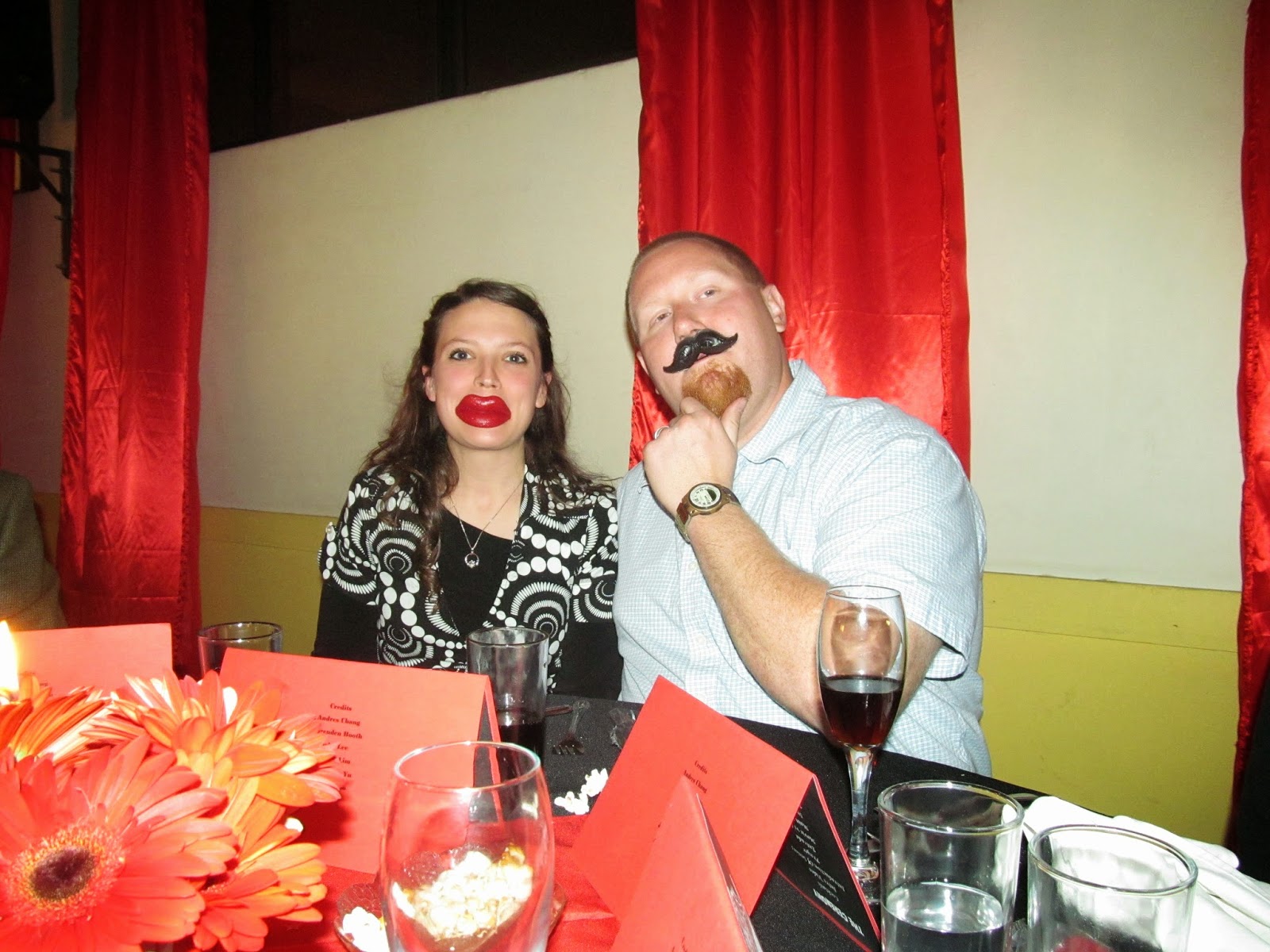 Every table had "wax lips" for the guests to enjoy 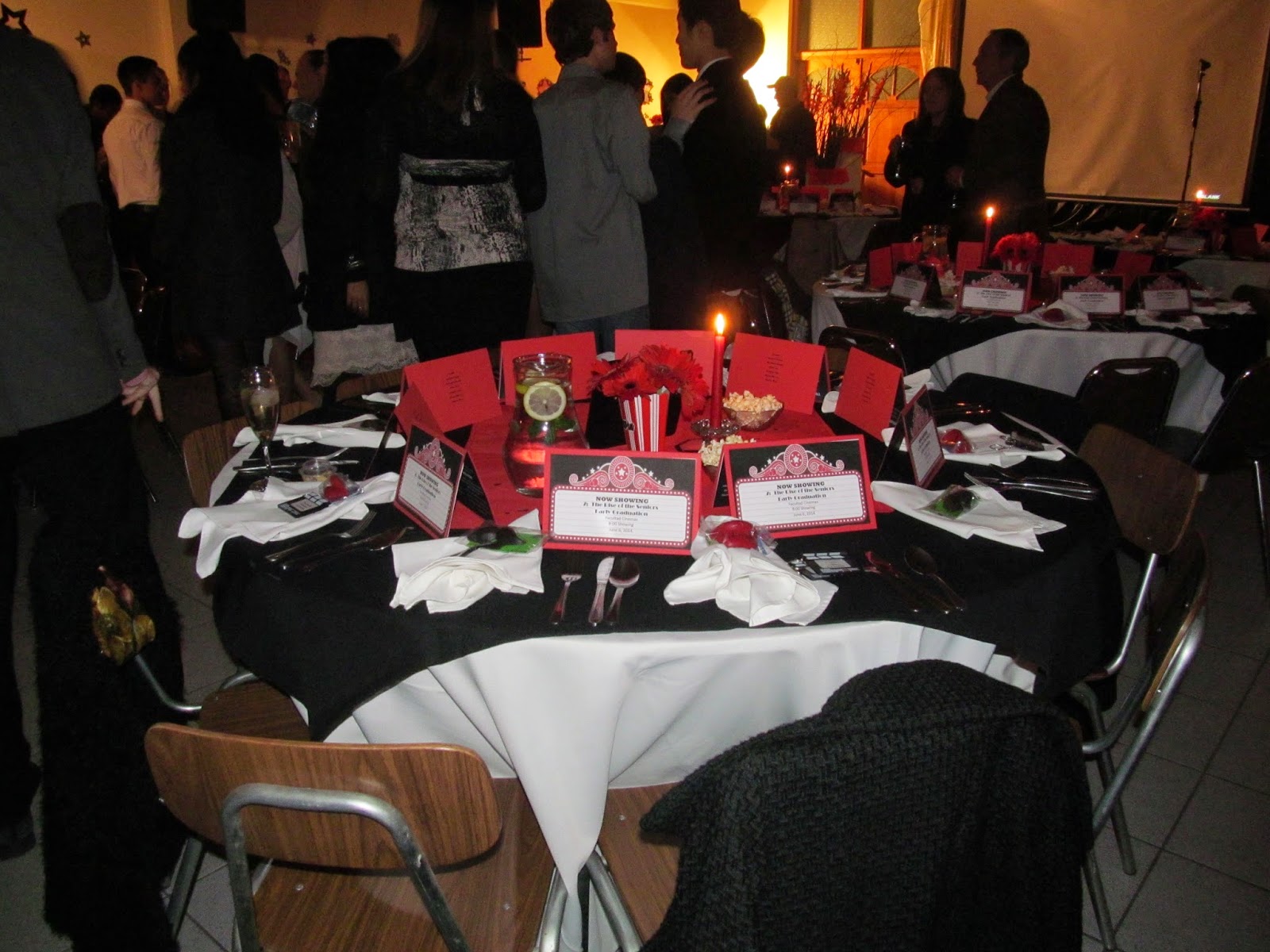 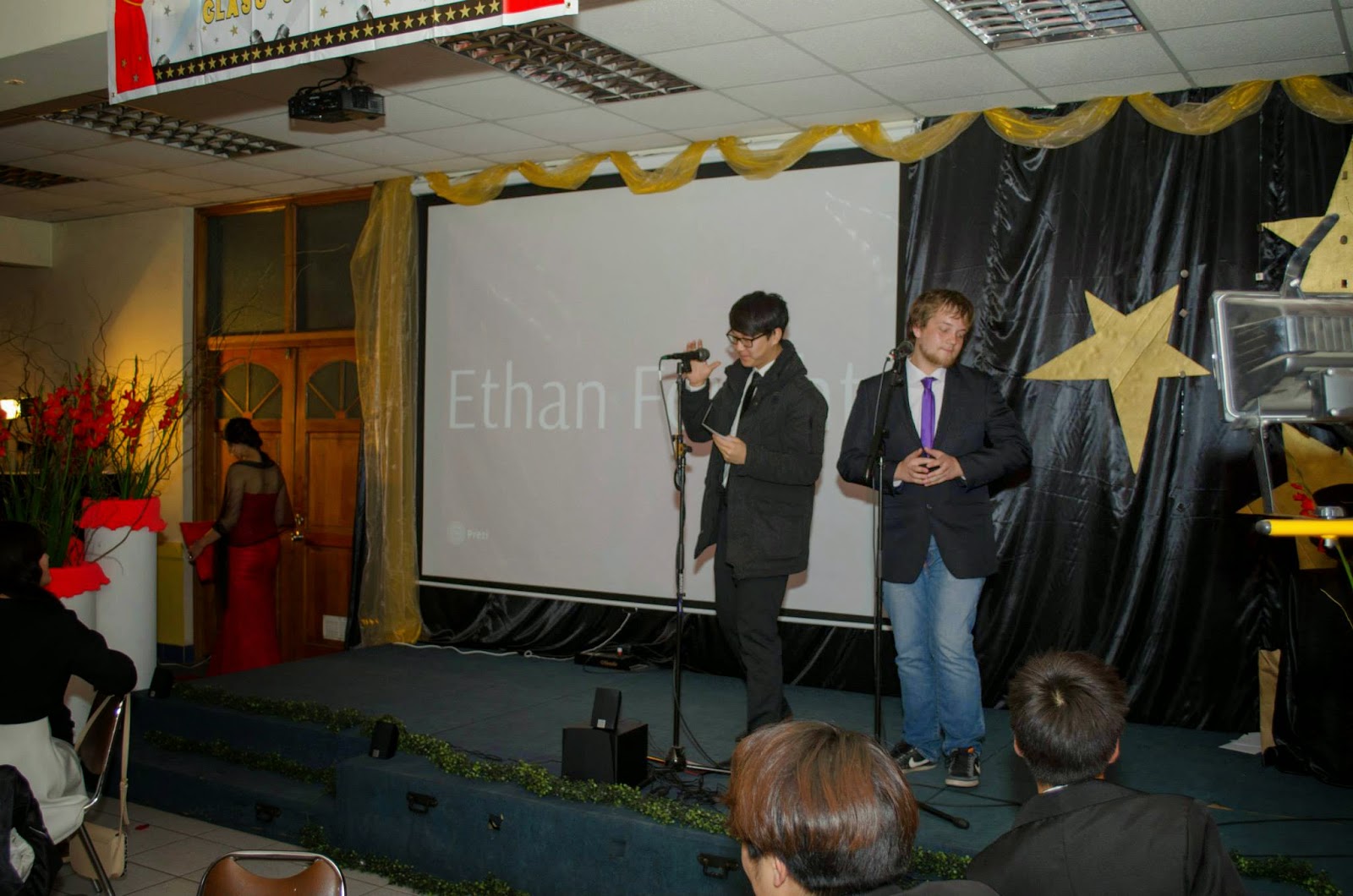 There were many hands that worked together to make the night come together. The set up and prep work was extensive and well done. The picture above shows a big projector screen that was used throughout the night.  Due to many issues, this was not delivered until the afternoon before the Banquet.  Thankfully Brian and some others were able to mount a projector in the ceiling and hang the projector screen.
We have a few of the Seniors that will be leaving for different parts of the world before graduation on July 3, so there was a special ceremony for them.  It was held AFTER the Banquet....it was the first graduation ceremony we have ever been to that was held at 11:30pm. 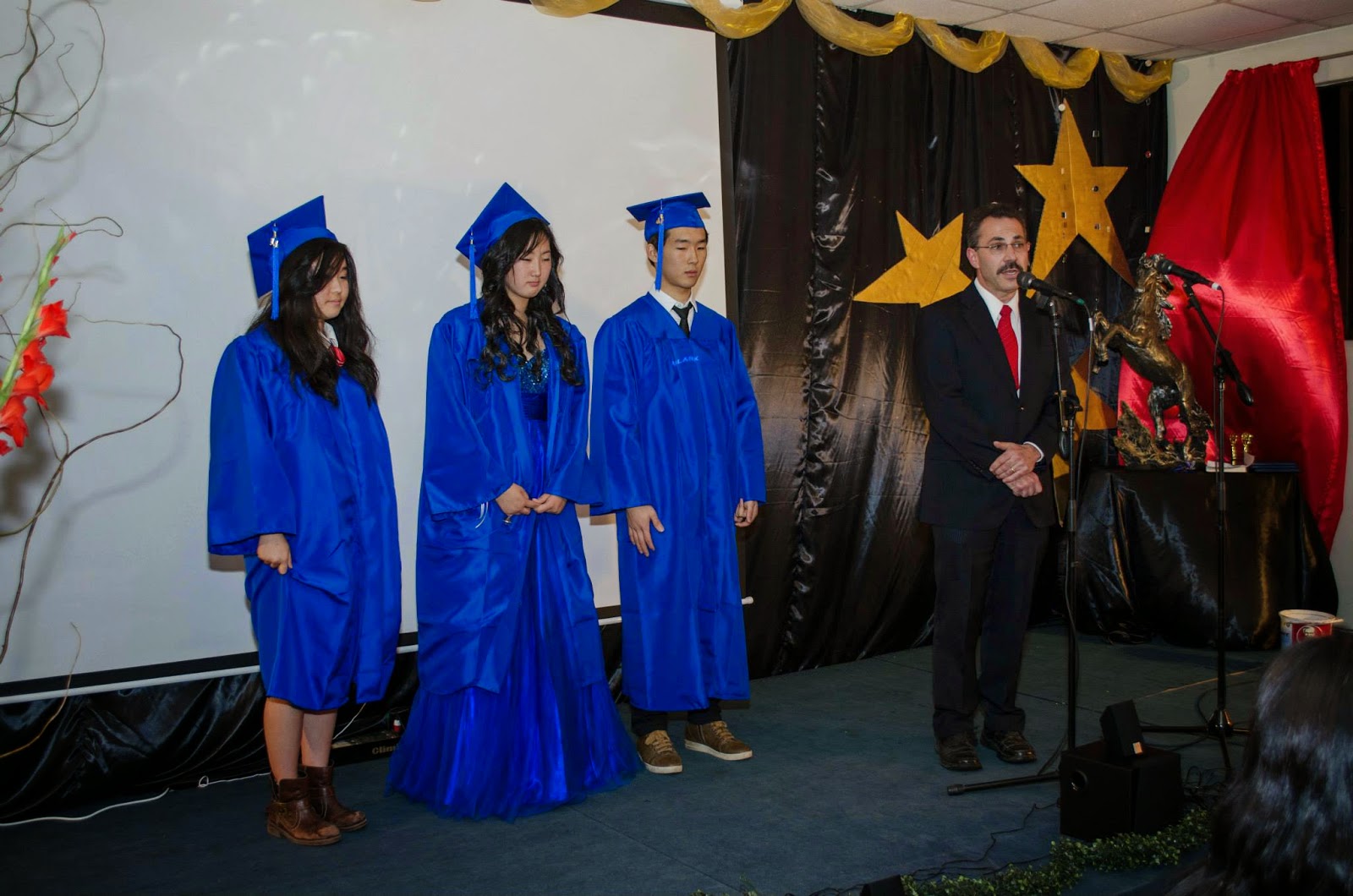 We were grateful for the opportunity to be a part of celebration and festivities.  A HUGE thank you to all who made the night possible and for allowing us to join in the fun!﻿