June 25, 2014
There is no shortage of projects here at Santiago Christian Academy.  There are always many little things that need attention on a daily basis, but there are also many bigger projects in the works.  This takes an interesting combination of time management skill and prioritizing.  I (Brian) am the first to admit that I don't always do it very well.  By God's grace, He has allowed me the privilege to take part in sustaining and improving SCA.

Flower Boxes:
This project has been an ongoing one for awhile.  It was done initially as an Eagle Scout project by one of the graduating seniors (Ethan Fought).  The intention of the project was to create a seating area with flowers between the school buildings....like there would be at a park or mall.  He is now finished with his part, and the project will hopefully come to a final conclusion in the next few months.  Tile was ordered today, but it will not get here until September....it will look really cool when it is all done!!
﻿ 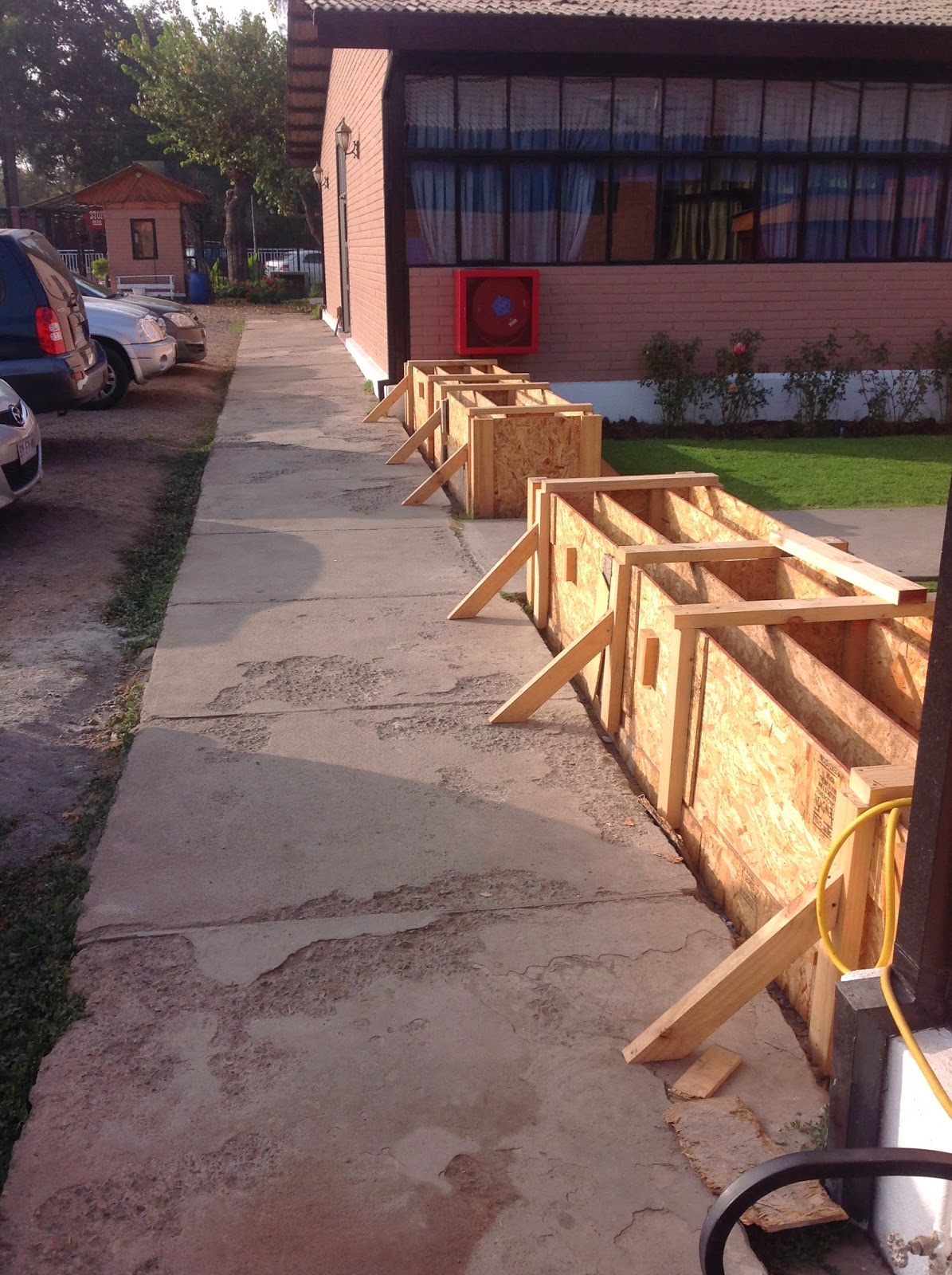 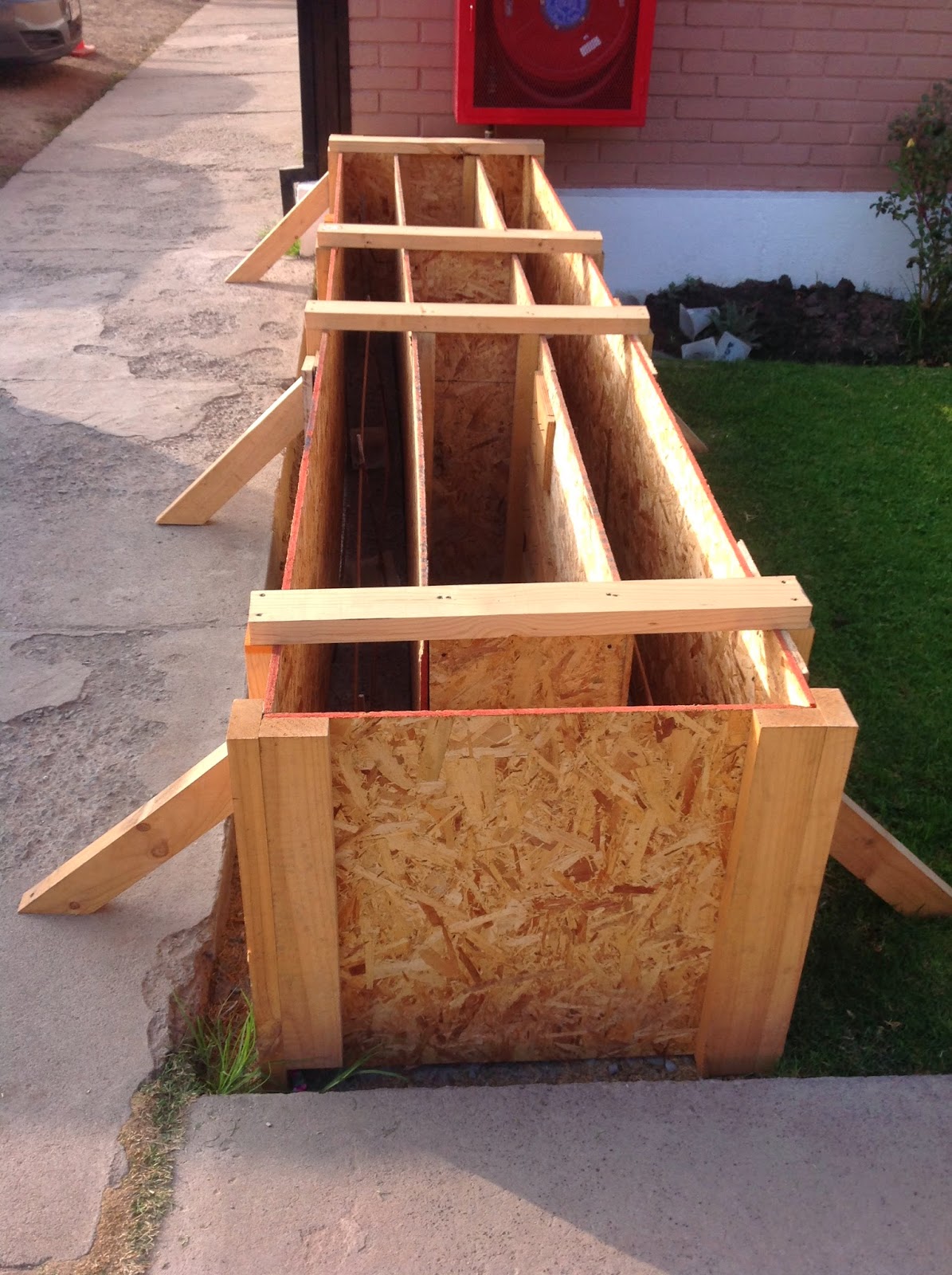 The forms where made and the rebar set in place. 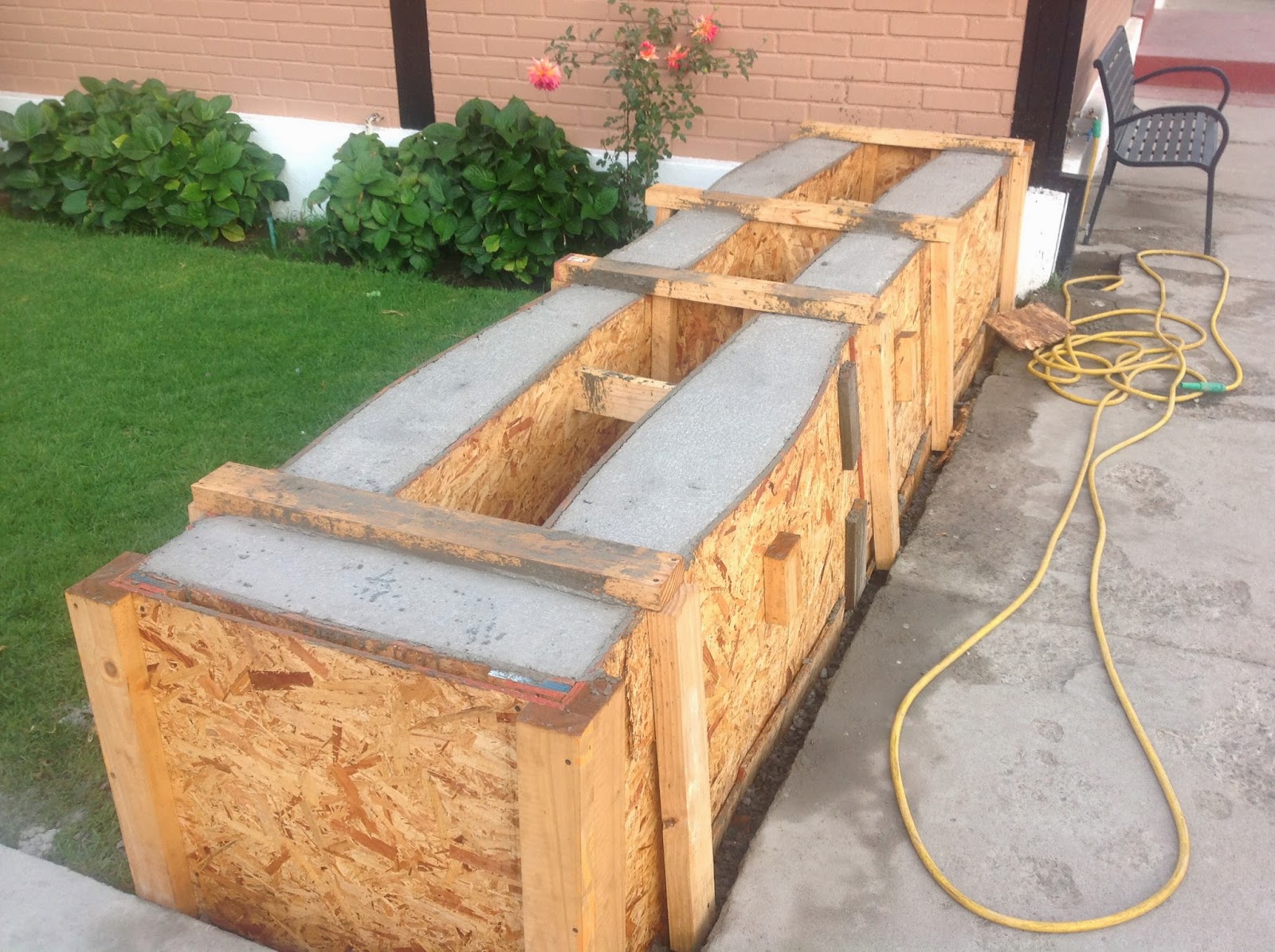 We were able to have a cement truck come and a very valuable lesson was learned for all those involved.... 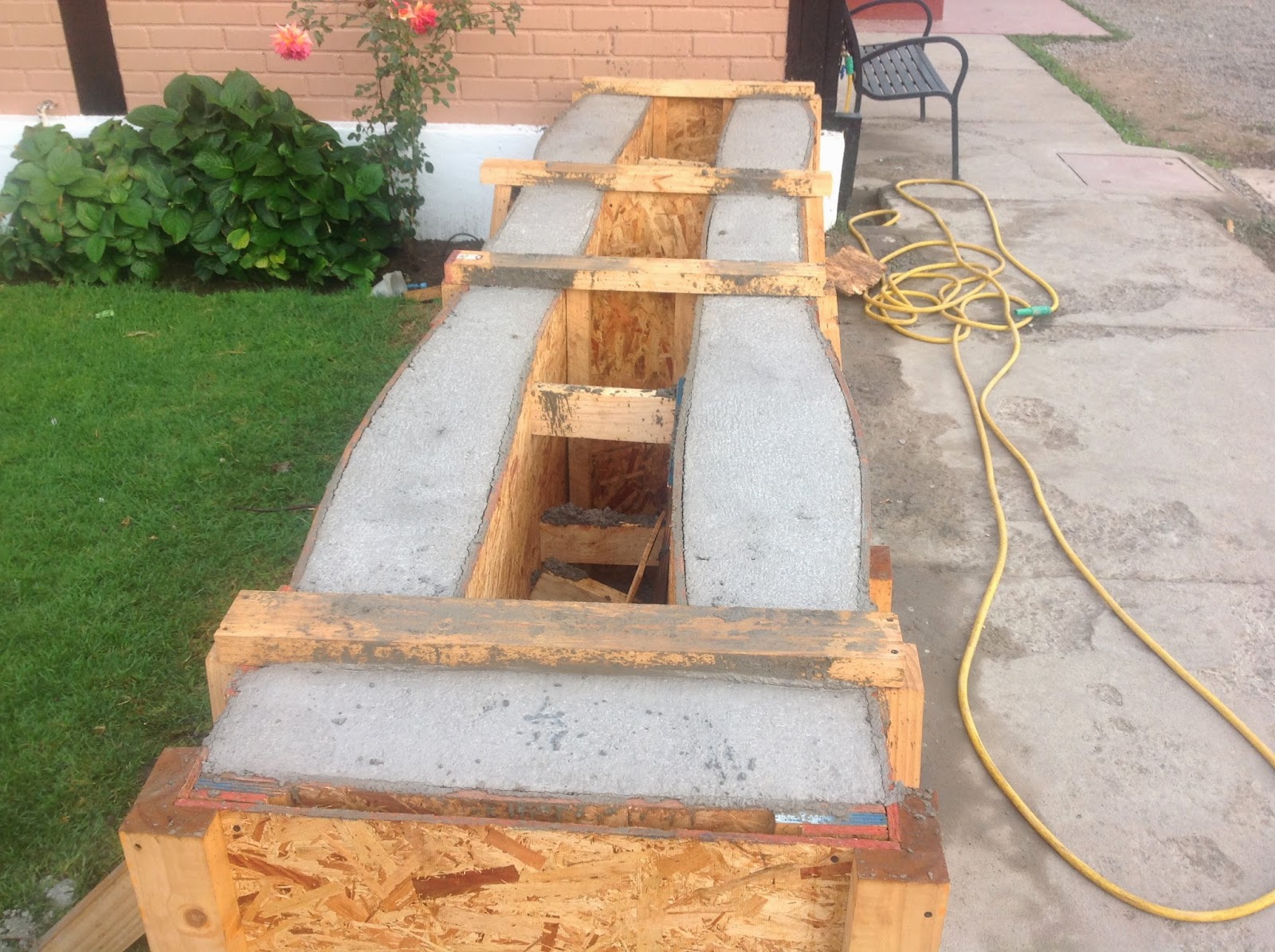 ....there is always more to learn!  The forms did all kinds of crazing things.  This had lots to do with the material used, the braces, and ultimately our lack of experience....but to God be the Glory the forms did not break! 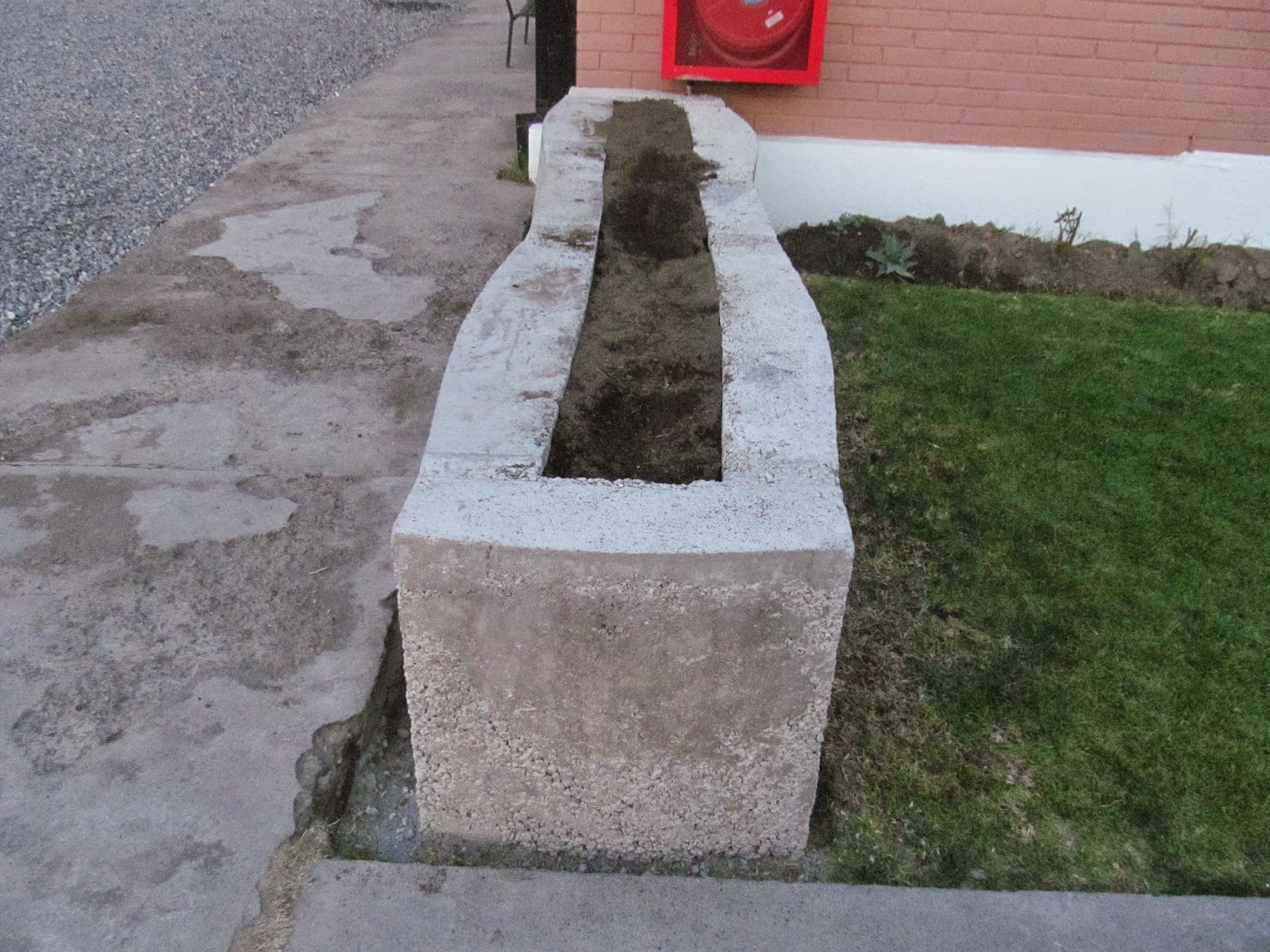 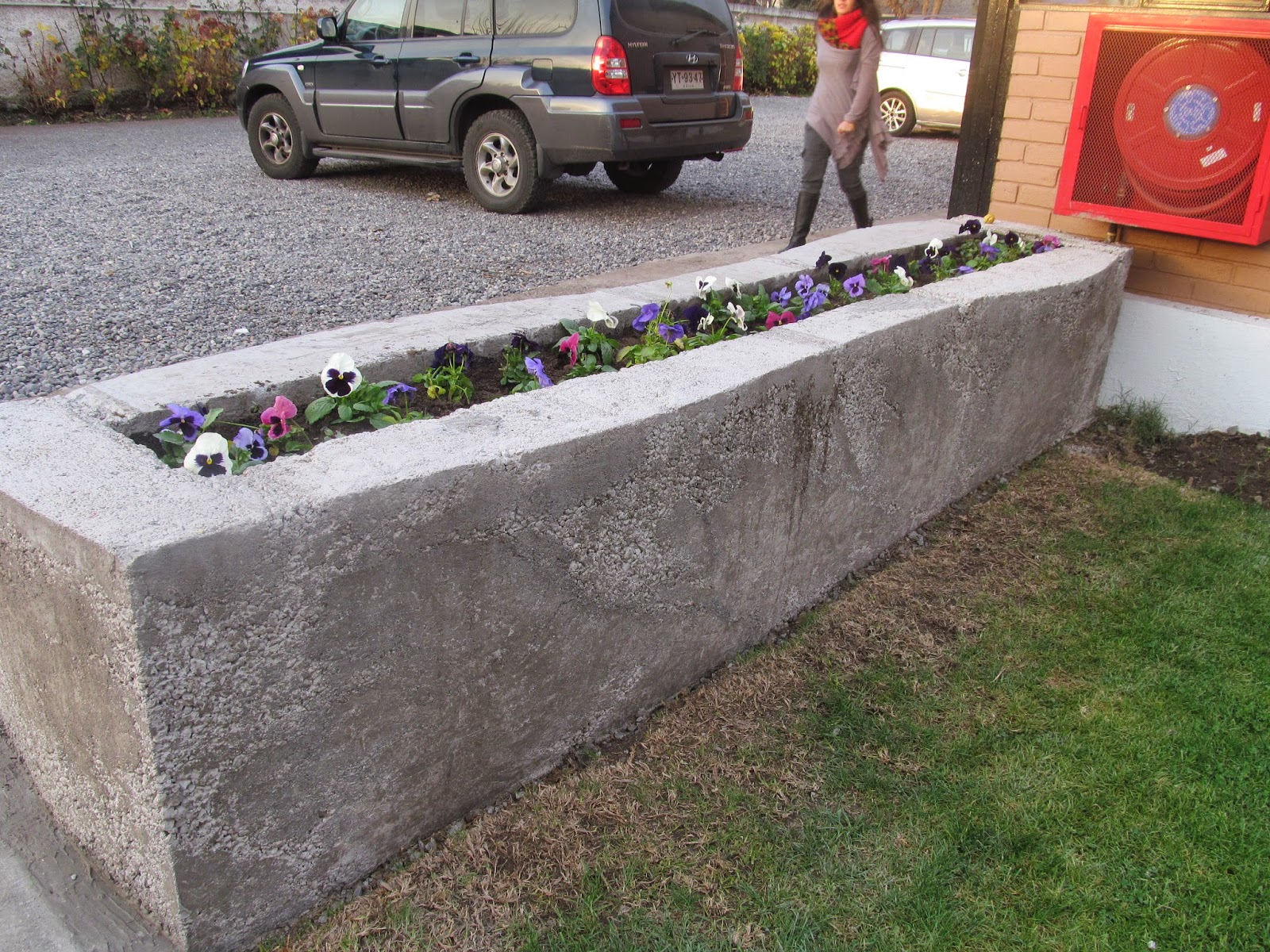 The end result was cool.  Where the forms bowed....was actually very uniform on both sides and both boxes.  Like was mentioned earlier, there will be tile put on the cement outside to finish the project.

Gate Project:
The goal of this project was to cut an opening in the current outer fence and make a gate.  This would allow vehicles to enter the field between the school and Seminary.  This is part of a much larger scale project...
﻿﻿﻿﻿﻿﻿﻿﻿﻿﻿﻿ 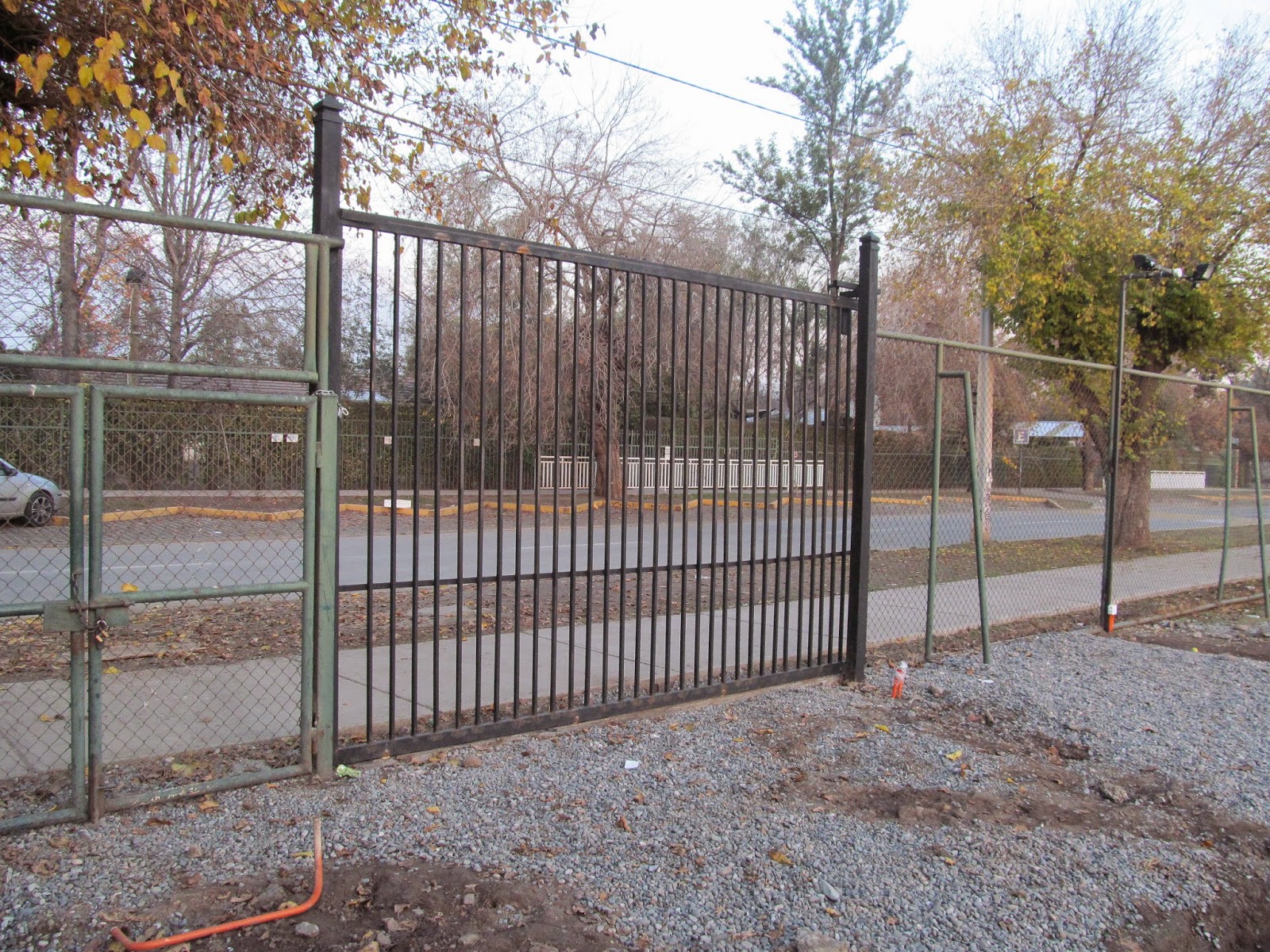 To find a large metal gate would be very expensive and hard to get.  I can't say I have ever made a gate before....but there is no time like the present to learn!  So with steel, some welding, some painting and LOTS of time, praise the Lord there is a functioning gate!!
Lighting Project:
Many of the projects I work alone on, but this one involved electricity....so some extra help was needed.  The field between the school and seminary is very dark at night along with the adjacent sidewalk.  This can lead to a very unsafe environment.  I worked with a Chilean electrician on this project.....which led to many trips to the office where our very patient school secretary would translate our conversation.﻿
﻿﻿ 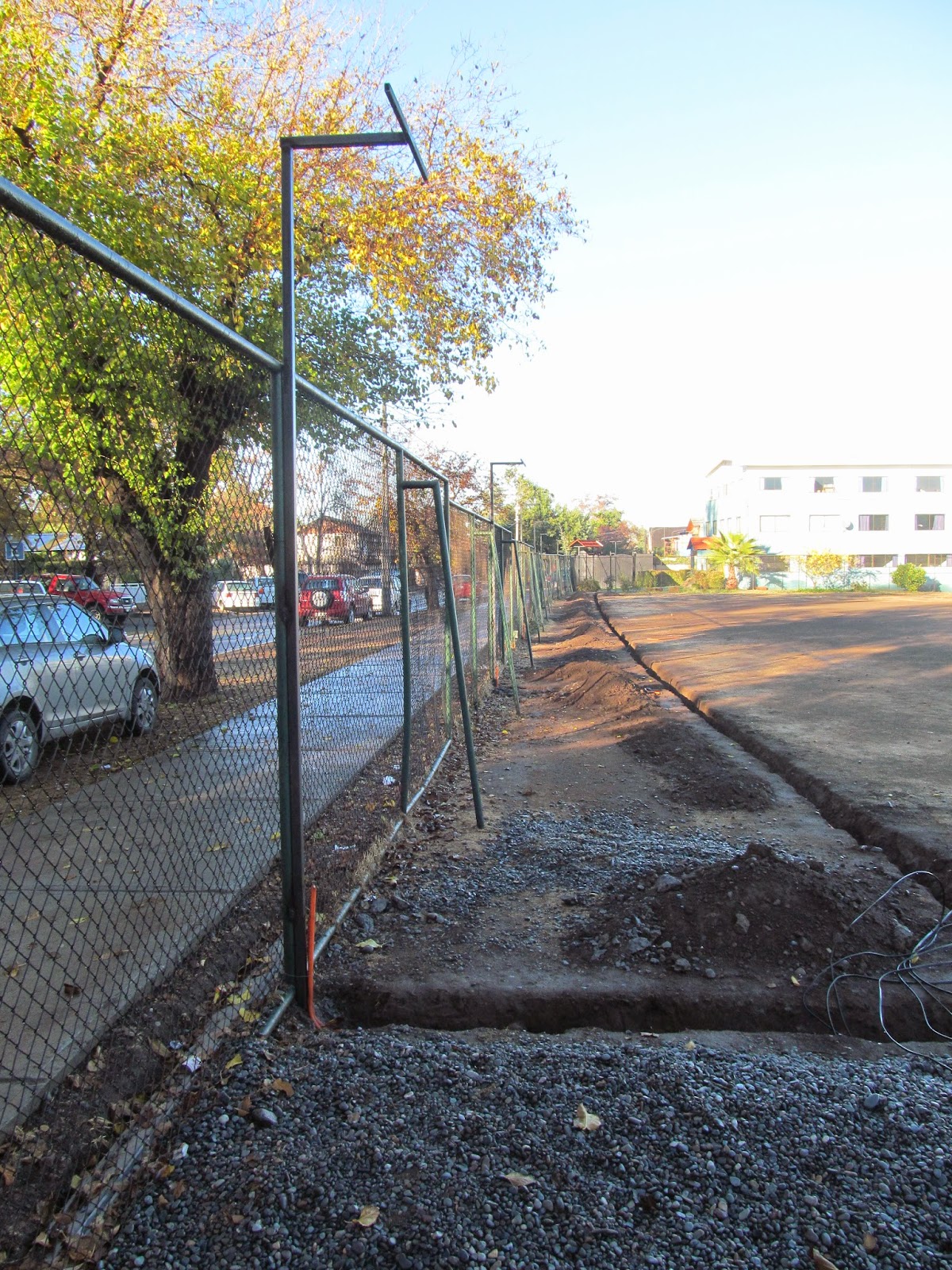 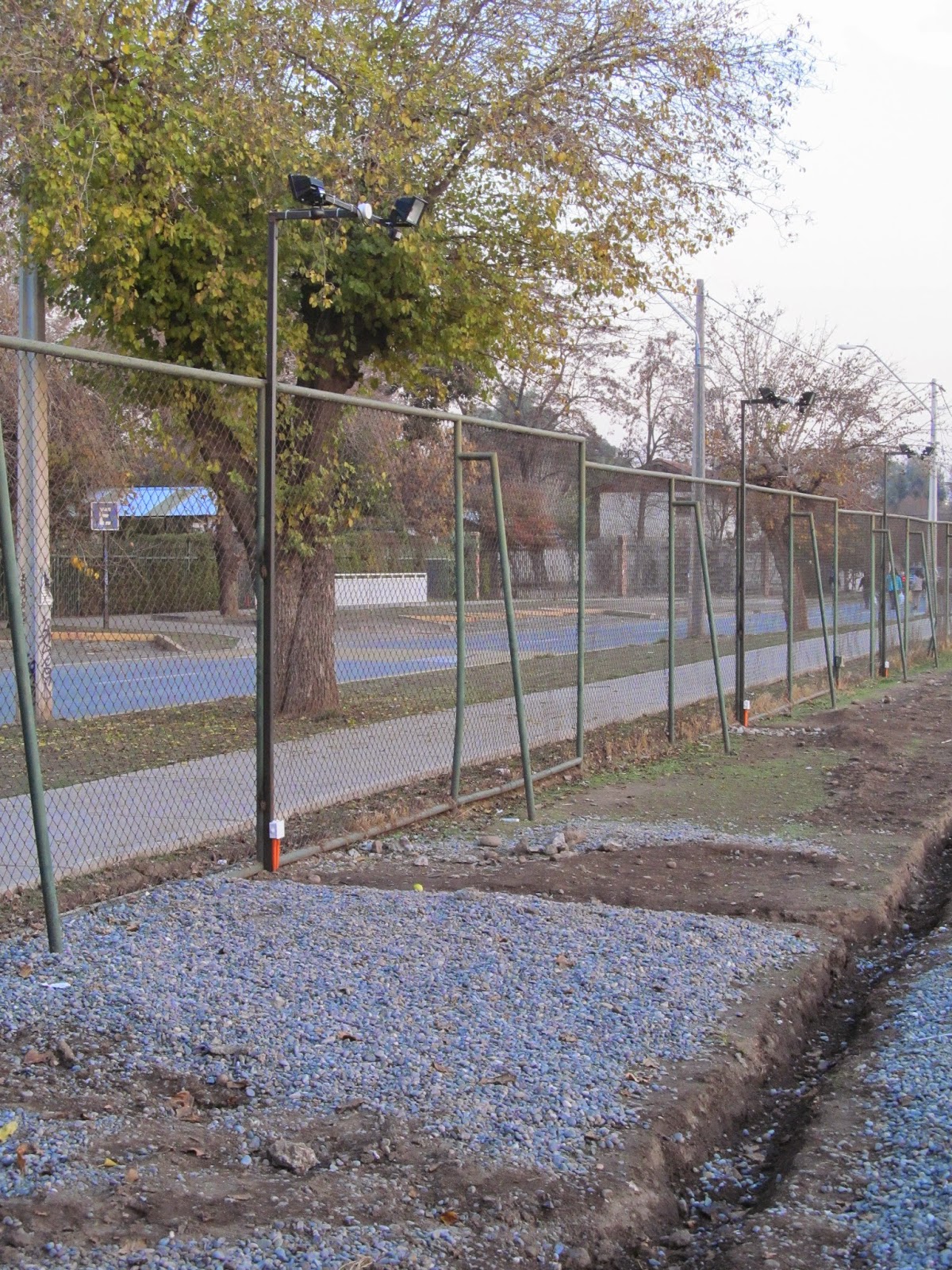 I made 8 light poles for halogen lights to be hung on.  Each light is on a motion detector and each pole has one pointing to the sidewalk and one towards the field.  Unfortunately there is not a rental center right down the road where we could have rented a trencher to put in the conduit/wire in the ground.  There were some very long days put in by some hard working people.  The ground was so hard that at times shovels and pickaxes did not cut it so.....a jackhammer had to be used to break the ground before it could be shoveled out.
Although these projects are just physical labor and time.....there is a greater work going on behind the outside appearance.  My role here is very clear....I am supporting those whose primary focus is to teach and spread the Gospel of Jesus Christ.  Yes, there are days when the tasks seems too great and my strength is weak...but that is why I cannot do it alone.  It is only by the help of Christ that I am able to complete the tasks set before me!