The Essence of TEAM 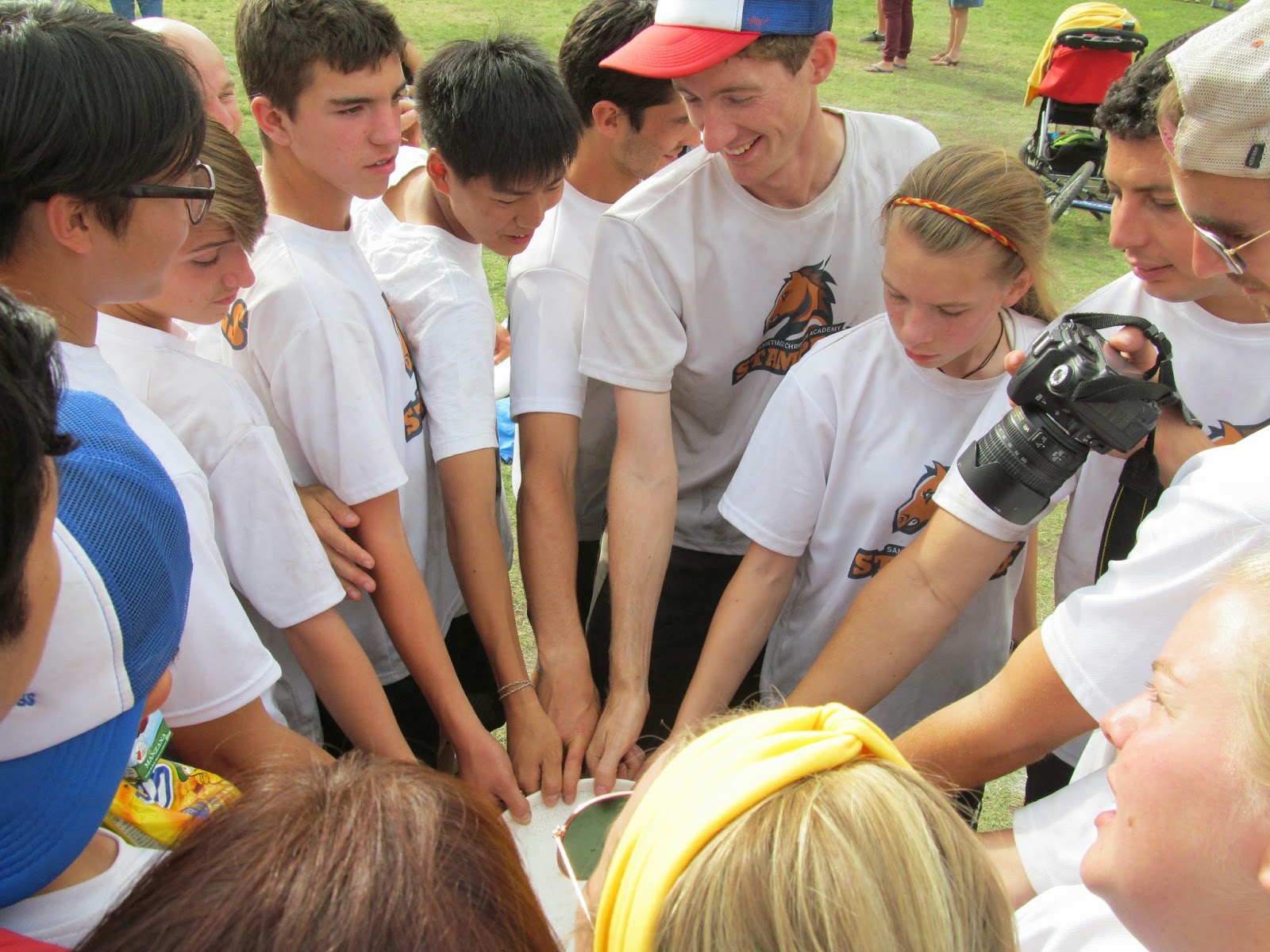 Allow us to introduce a real TEAM......the Stampede of Santiago Christian Academy!  This is an ultimate frisbee team that competed in a league this semester with local Chileans and others alike from across the city of Santiago.  Now, our readers who know us well, know that neither of the Hoveys in Chile are big athletes.  HOWEVER, we had the privilege of attending the last game of the season for our school team. 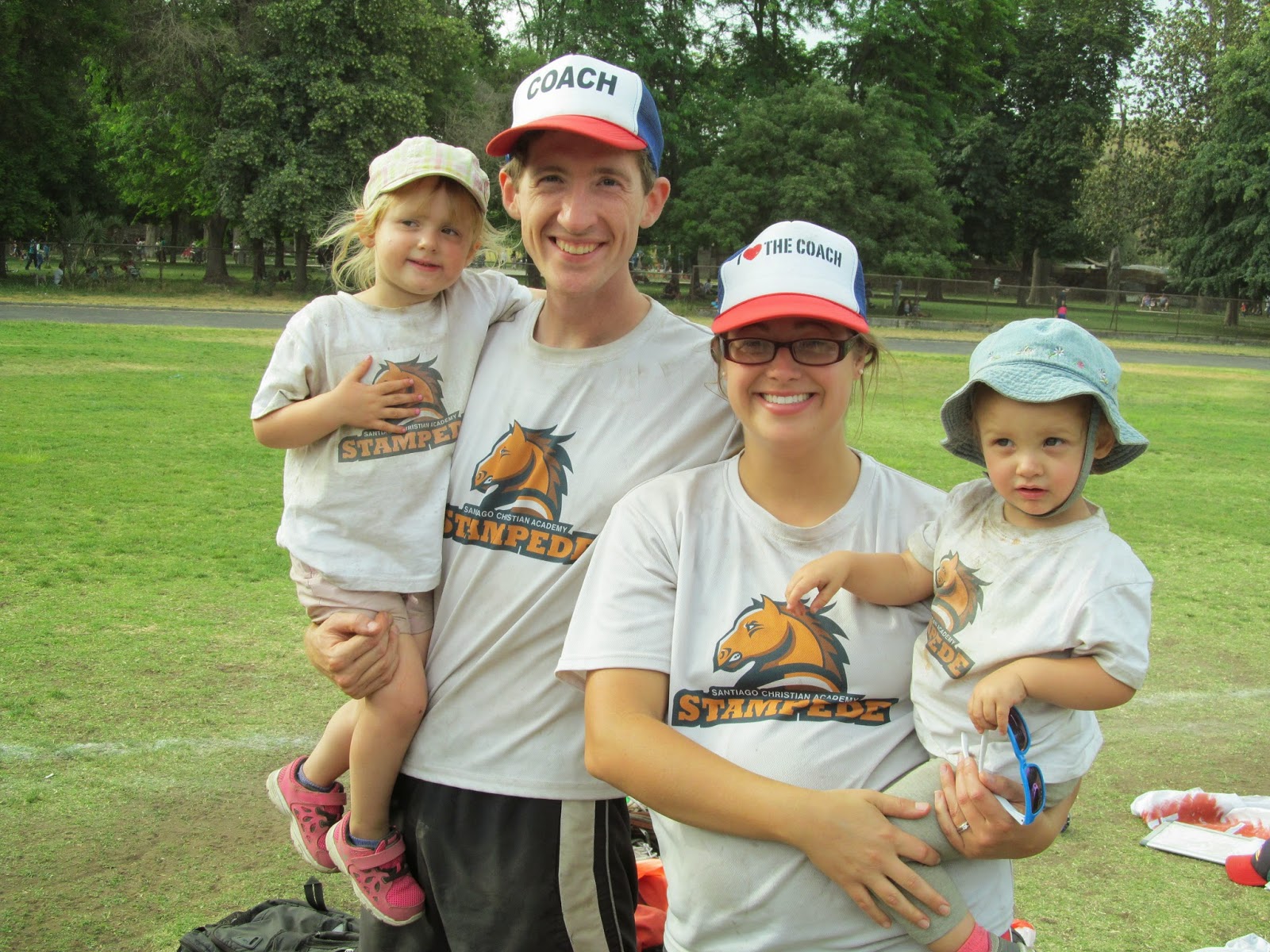 These are the team's fearless leaders.....the Hurley family.  They are also our neighbors up in the apartments.  From left to right you will see Nora, Jim, Kari, and Lily, and boy, the Hurleys are a team in and of themselves!  They have great attitudes and great hearts to want to serve!  It has truly been a privilege to serve with them here in Chile as well as see them in action on the field as coaches.  They did a phenomenal job in leading--not only in plays and technique but in heart and attitude! 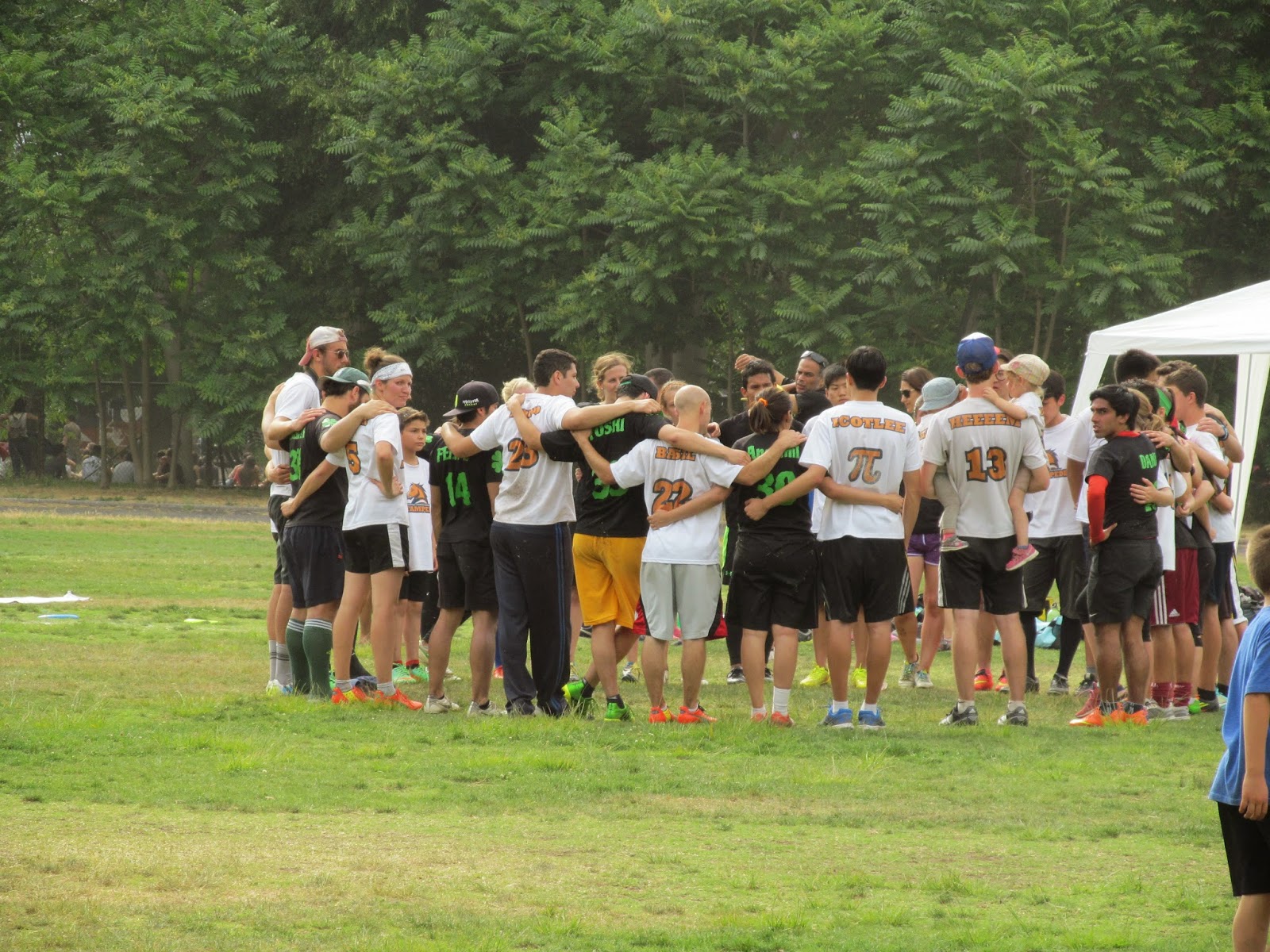 This is the team huddled up with the opponents of their last game, and as you can tell, everyone is getting along!  One of the neatest things to see in this team, the Stampede, was that they really valued each other--on and off the field.  Although there was the desire to win at the games, the TRUE measure of success seemed to be defined by attitude and sportsmanship.  In the Hovey's book, those are the TRUE essence of any game and the TRUE measure of the success of a team.  Way to go Stampede! 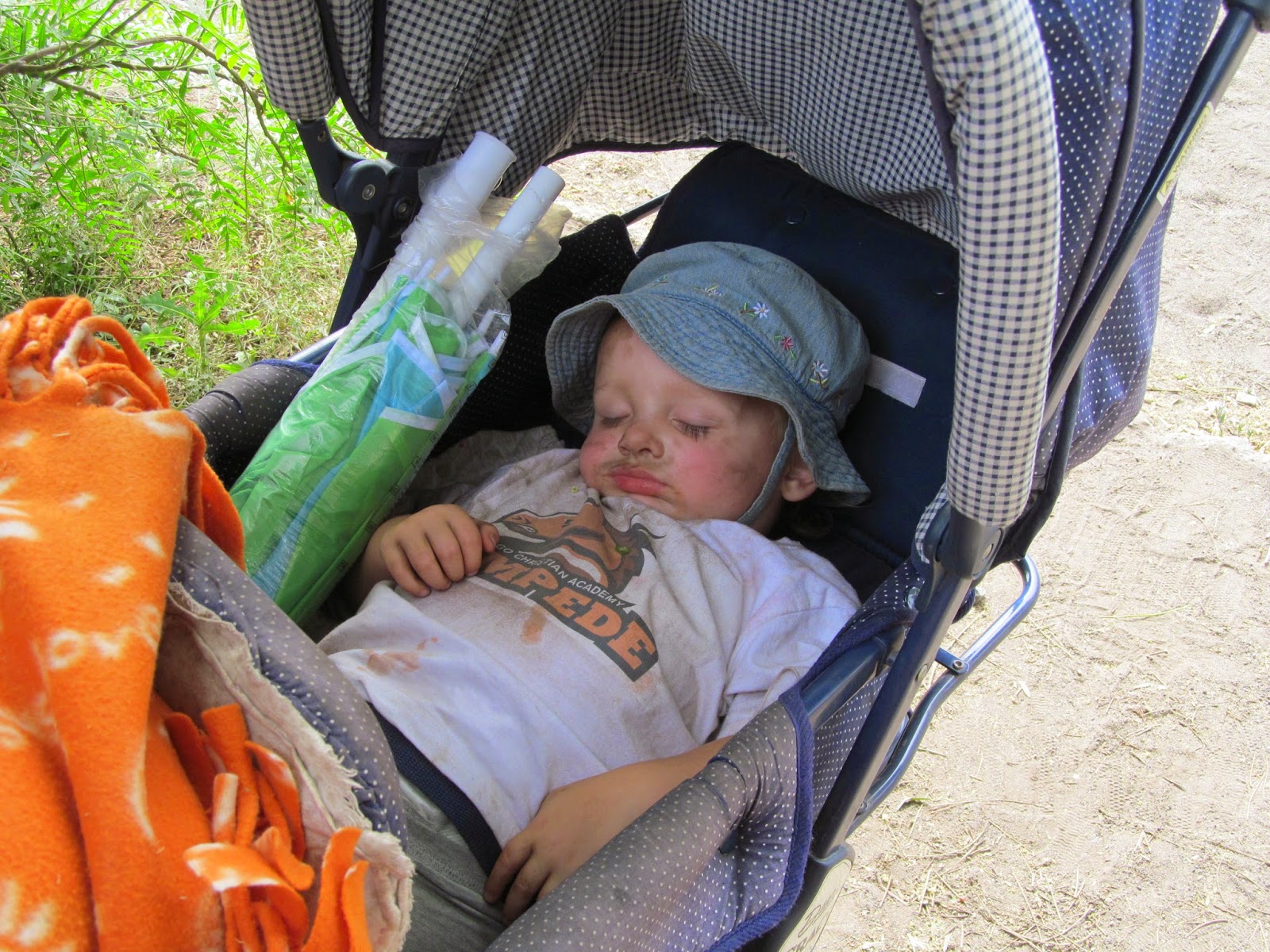 Lily, by far the youngest member of the team, was tuckered out from displaying all the team spirit required for one so small.....before the game even entered half time, she was tuckered out!  Not to mention, it was probably her normal naptime, but she was SO enthusiastic that she attended anyway.  Way to be a trooper, Lily!
Another team here at SCA is the team of teachers and staff that make up the faculty.  Today there was an event called, "Pie and Praise."  Families were invited whose children attend and/or work at the school, and boy, was it a sight to behold! 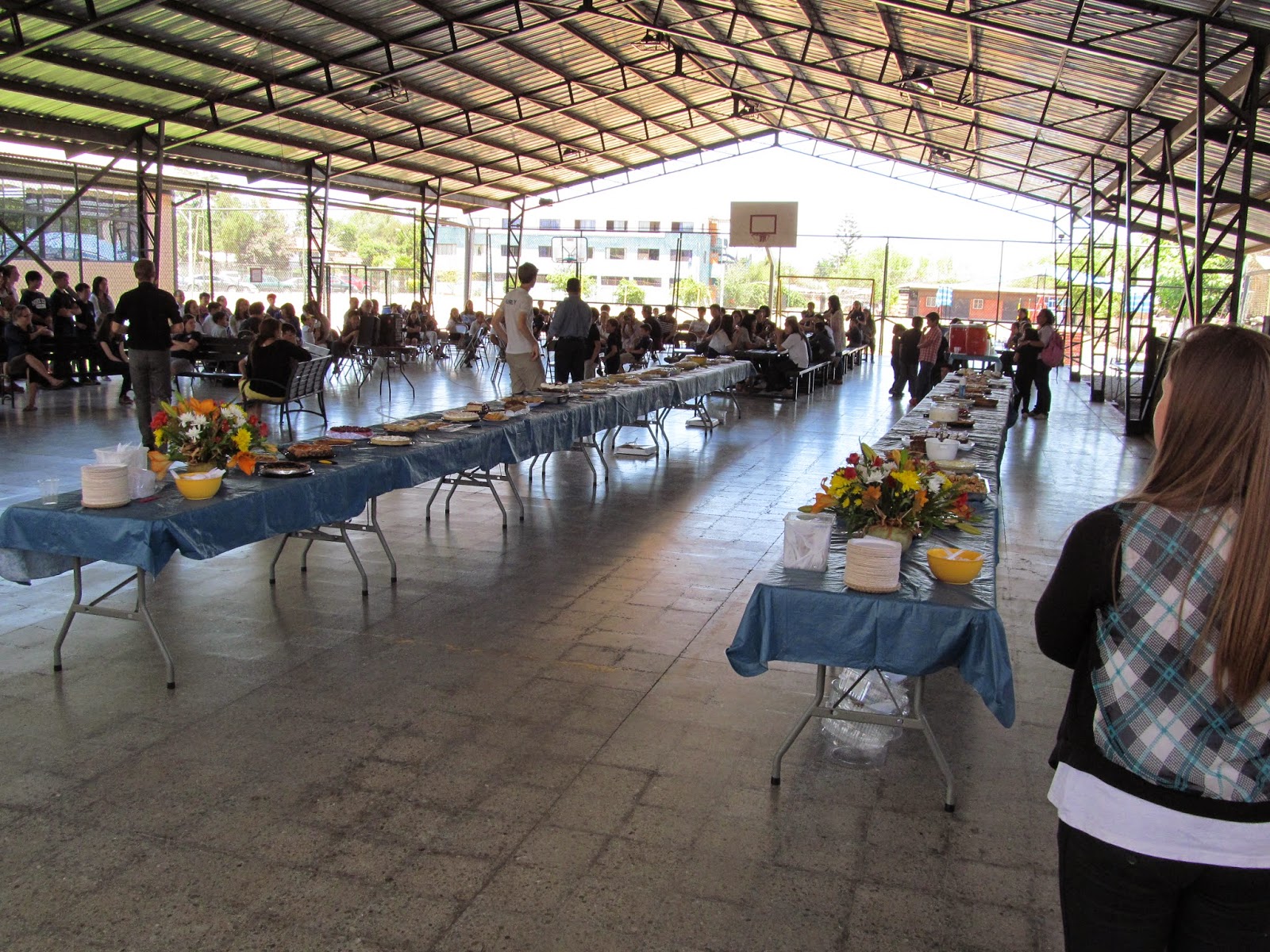 These two lengthwise sets of tables you see are COVERED in desserts from different families and faculty that attended the event.  Students and parents were given an opportunity to share things they were thankful for and it was a blessing to hear!  After that and a prayer, the collective crowd was invited to FEAST.....well, two pieces to start with, and once everyone had gone through, it was a free for all! 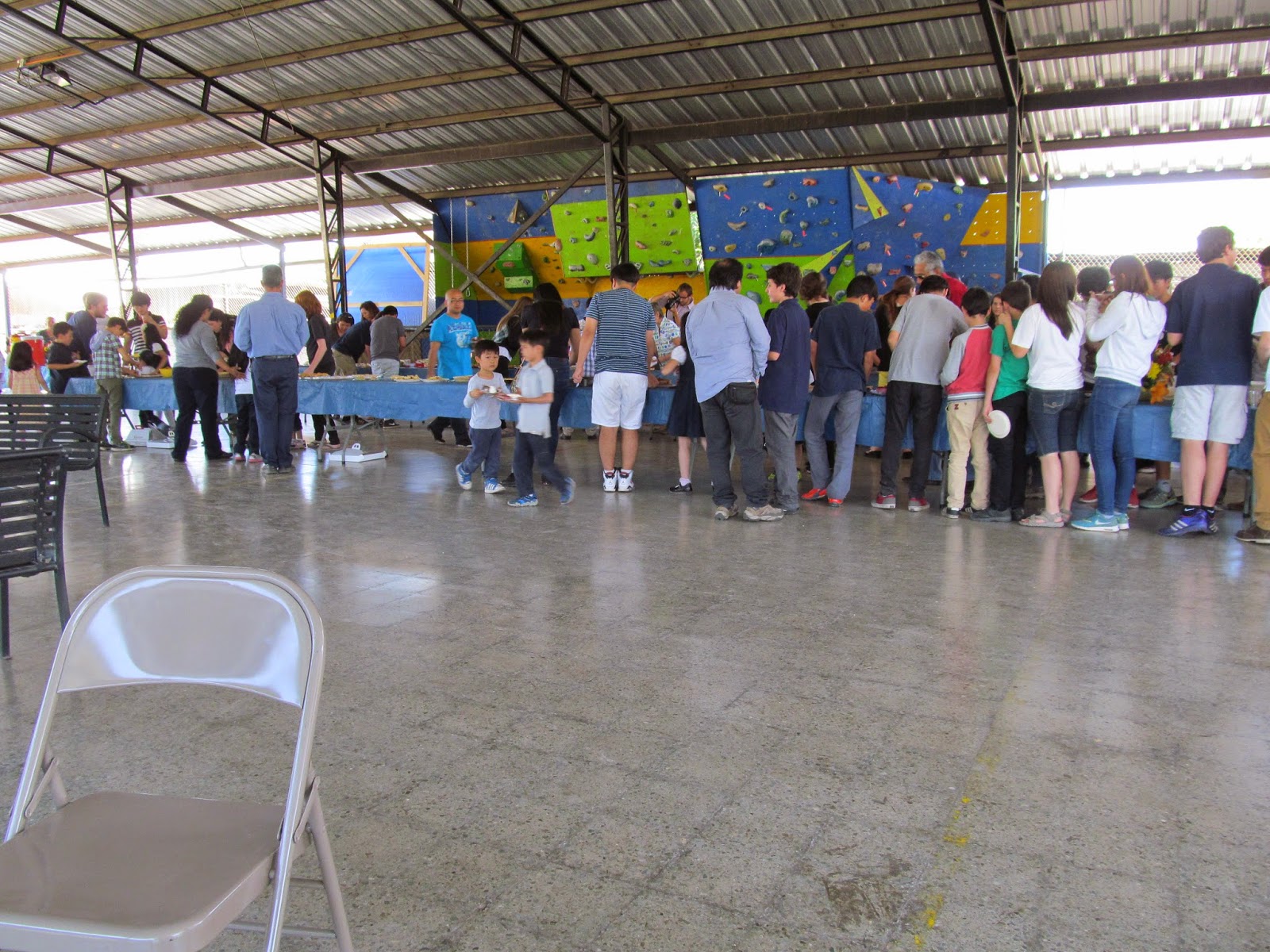 Here is the team of participants waiting for their turn to enjoy the fruits (literally) of their labor! 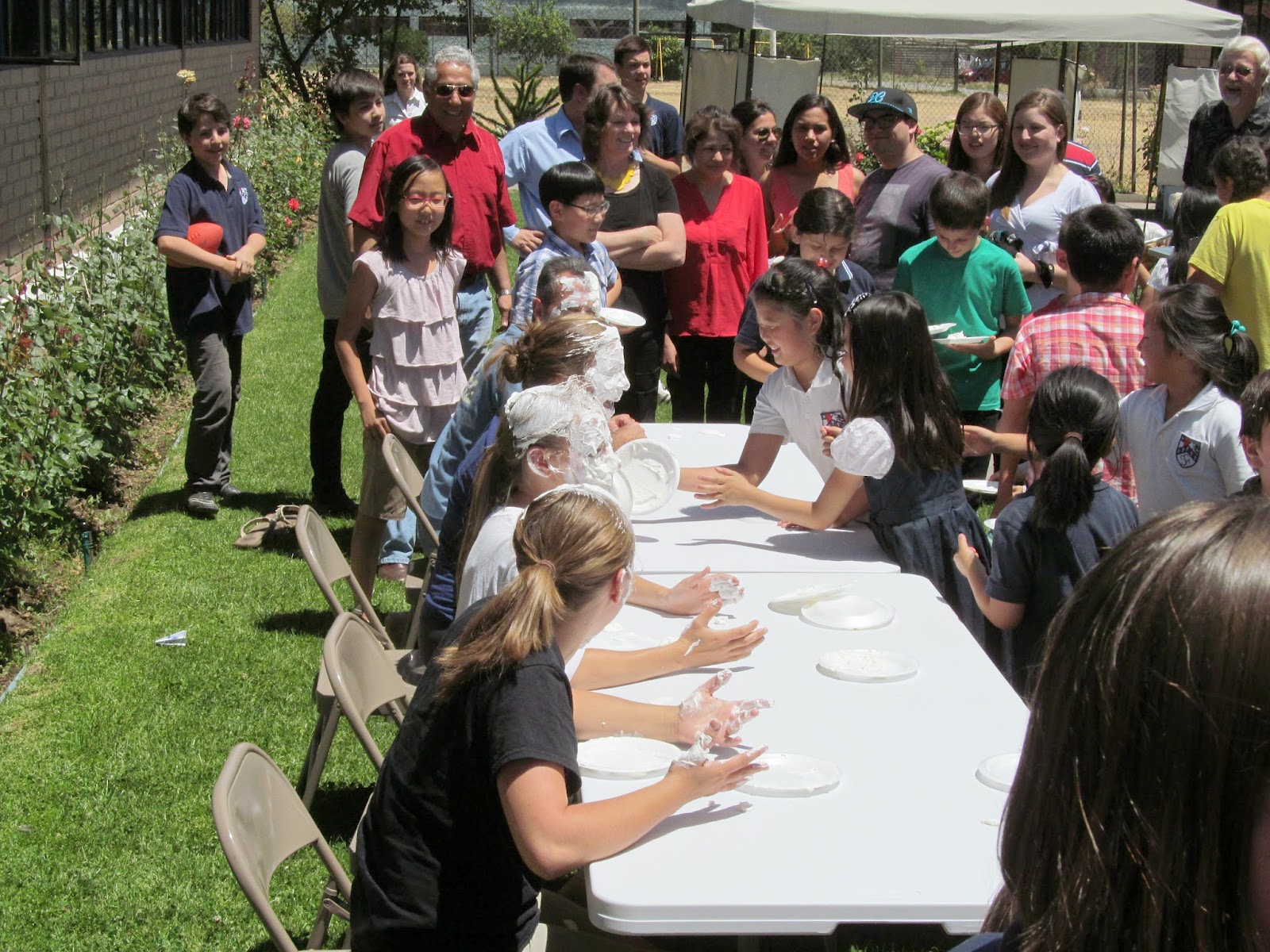 What impressed me the most, however, about the event was not the display of goodies, but the display of sportsmanship by teachers and staff as students were given the opportunity to put a "pie in the face" of their participating teacher of choice.  While it wasn't a display of athleticism, it was DEFINITELY a display of good sportsmanship!  The pie that was used was whipped topping on a styrofoam plate that had been prepared in advance.  Students were invited to donate roughly $1.00 USD (towards the senior class) to be given the privilege of dousing a faculty member with whipped topping, and let me tell you, there was no shortage of participants! 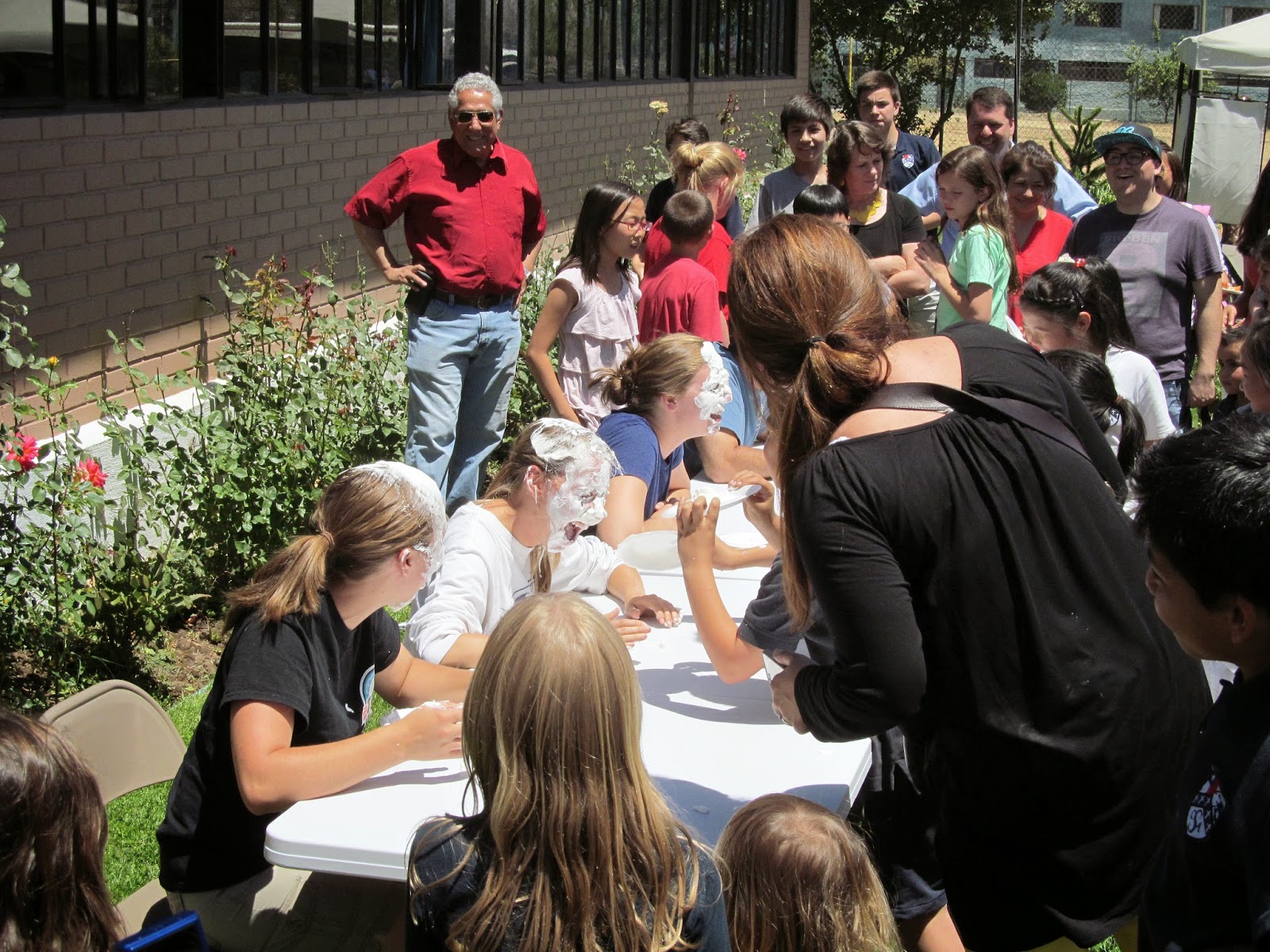 While the essence of a TEAM can be visibly seen in a set of matching jerseys, the TRUE essence of a team comes from unity of heart, mind, and mission.  We are so pleased to be a part of the team here at SCA and through ABWE, and we are thankful this Thanksgiving to all of you who have supported us and equipped us to be able to be here!  We may say that frequently in the blog, but it is the true cry of our hearts, and we hope you not only read it but take it to heart.  We are thankful for YOU!!!  Thanks for being a part of OUR team, and may you each have a blessed holiday!