Even in the Seemingly Small

Since 2019, we have started a collection of the butterflies and moths of Papua New Guinea.  We try to put a date on it and the name of who contributed it to the collection.  We dry out the specimens and press them inside a book and finally, we laminate them.  We have learned a few things about what works and what doesn’t…..generally, moths are too big to go through the laminator.  Their bodies don’t flatten enough to make it through.  We’ve had a couple mishaps…

Anyways, this past week, I was walking along the balcony at school and saw a large, bluish creature fluttering near the ground.  It was after Kindergarten was over and lunch was nearly finished.  So, I yelled to Moriah to bring me her lunch container.  She burst out of the Kindy classroom door, and we celebrated with excitement after capturing our addition to the growing collection.  We were so excited, in fact, that when Gunner walked past to put away his lunch box, we stopped him to show him. 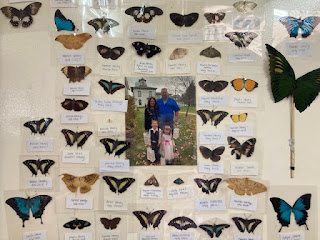 As I proudly displayed my "find" he started crying…he then poured out his woe that it belonged to a classmate of his and he had already begged her to give it to him to no avail.  She had put it on top of her backpack and planned to take it home later.  Gunner was devastated as he shared, but I encouraged him that while it was a hard thing to give it back to her, it was the right thing.  I put it in a plastic Ziplock bag and told the Second Grade teacher that I would hold it for her student until after school.

The little girl who found it first came and got it after school.  I was also disappointed.  I had secretly hoped that she might’ve changed her mind.  Alas, no luck.  Gunner saw his classmate in passing, taking her prized possession home.  He came into my classroom, again in tears, crying….”But Mom, why did you have to tell her you found it?  It’s just not fair!  She doesn’t even have a collection!”  I held him in an embrace and shared that we had to do the right thing—even though it was hard—because even in the small things, God is giving us a chance to obey Him. 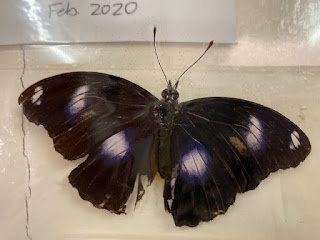 I need to preach that to my own soul today.  Even in the seemingly small things, God is giving ME a chance to obey Him.

Gunner reluctantly said, “Ok,” and he went and got a book to read.  I lamented to the Lord, “God?  I don’t understand why You said, ‘no’ this time, but please help me to trust You.”

Moriah and I walked to the office to pick up some copies when I spied it…..I literally gasped!  “What’s wrong, Mom?” Moriah inquired.  “Look!” I whispered fervently.  There was the very same kind of moth we had just given up in the landscaped garden beside where we were walking!  I quickly told Moriah to stay there and watch it.  I ran to the classroom and got Gunner and a Ziplock bag.  He triumphantly caught it and reveled in its beauty.  We didn’t even have this kind yet!  We were all in shock!  Joyous shock…if I do say so!

It didn't look impressive in photos, so I picked some of our other favorites to show you...however, it impressed upon our hearts the sweet reality of redemption.  It had been a hard thing to give up the first one, but then God gave us another!  ONLY He could have accomplished such a feat!  And?  How merciful and kind of Him to care about the seemingly small things in His Kiddos’ life! Dear Reader, I wonder where God’s working in your own life and heart and prompting you to follow Him—EVEN WHEN IT’S HARD. Be prepared.  He just might come and surprise you!  Look off of the situation and up to Him…..you have nothing to lose and everything to gain!!!