November 20, 2013
This last week was the high school's turn to take a field trip. The focus this time of year has been history. All of the students are taking part in a history fair and the purpose of this field trip was to show history throughout the city we are in (Santiago). I (Brian) was asked to go along to help with the 40+ high schoolers that went. The day started by us breaking into groups.  So, I was given 7 kids to be responsible for throughout the day. We then left the school and walked to the metro (subway) to get to our first destination. About an hour later we all gathered together again and loaded up on a double decker tour bus. 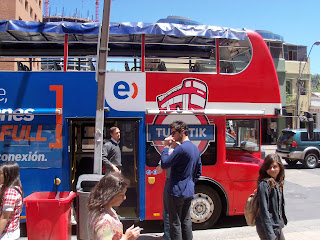 The tour bus took us through some of the well known parts of the city and talked about some of the history of specific areas. We did take a break at one of the historic districts and walked through the square. This area was very crowded and from the looks of what was going on a typical Chilean protest was going to happen. The riot police were already on site if anything was to start.....so we did not stick around that area too long.
Once our time was done on the bus, we were dropped off and walked to the Costanera Center. This is the tallest building in South America. The first few floors of the building are a giant mall. We all had lunch at the mall and wrapped the day up with a game at the mall. A lot of Christmas decorations have been set up throughout the mall, so the game was to see how many photos of the entire team could be taken with different Christmas trees. It was done off of a point system so if someone was missing, points would be taken off, or if the team leader was in the group picture, bonus points were given. Here are just a few pictures of my group. 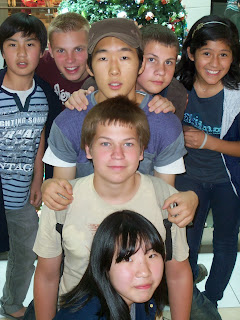 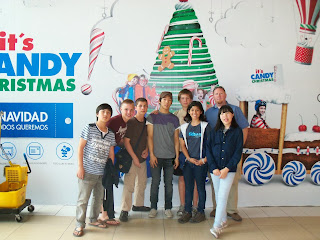 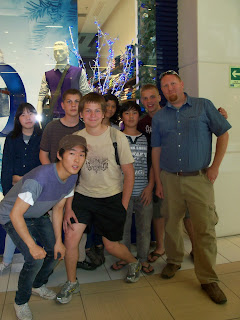 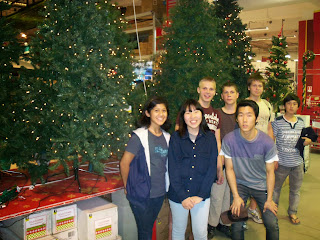 Unfortunately, we did not win....our team was late because we got stuck behind tons of people on the escalators. I think all the kids had fun with it though and thankfully nobody was asked to leave the mall either....so that was a blessing. We took the metro back to school and everyone made it back safe and sound.  So, all in all it was a successful field trip!