November 13, 2013
Last week we took a field trip to a local bakery.  We had been studying about community helpers earlier in the school year, and now it was time to see them in action!!!  The children were excited about it, as you can imagine.  We went on a Wednesday.  The bakery was within walking distance, so after snack time and bathroom breaks, we started our trek!
Here is a picture of our two class groups.  I have a class of thirteen, and I am fortunate to have a teacher’s assistant too!  We thought it would be best to divide and conquer…….. 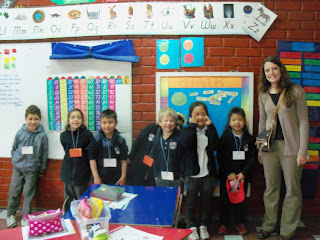 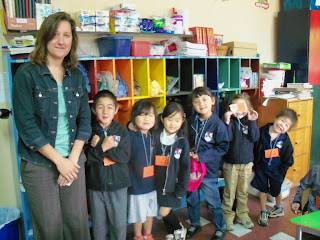 We went with the preschool class as well.  Inside the bakery, the first thing we were asked to do was put on hair nets.  The hair nets in Chile are heavier and more like a cap, as you can see in the photos.  While some of the children were apprehensive at first, it helped that the teachers had to wear them too!
We started out from the top……………we were in the President’s office!  The kids were amazed at all his pictures on the wall….big fish, different places he’d been……and the grand exit?  We got to have a picture with the president! It was a little chaotic, but the class seemed to love it! 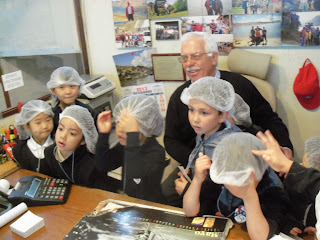 As we went throughout the production, we were given many samples……what a blessing!  The kiddos had a blast trying, eating and giving their input on what was tasty.  Here, you can see one of the little ones reaching for a sample of a cookie……I conferred with another teacher, and we concluded that this one sample may NOT have been up for grabs, but the hostess was so gracious that then she let each child have one!!! 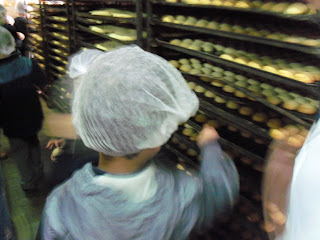 We had a great time and appreciated the bakery’s hospitality and giving spirit.  Thanks to everyone who helped make it happen!  It was DEFINITELY a team effort!