December 11, 2013
This past week was the last week of classes before the summer break....remember, since we're south of the equator, the seasons are opposite.  The school will have about 2 1/2 months off of school, so I wanted to take a picture of them to see how they grow and change. 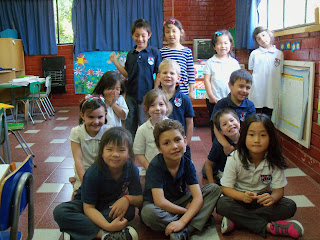 Here is our second attempt......(they had permission to be silly) 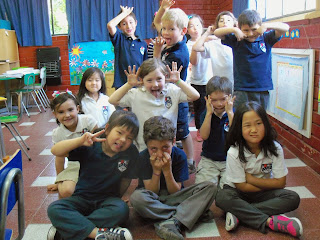 On the day before break, there was a Christmas program that all the kids were a part of.  The title of the elementary portion was called, "In a Galilee Far, Far Away."  I was so proud of the Kindergartners!  In the photo below, you can see the elementary choir singing and the layout of the stage.  Brian was a HUGE help to making the set....he made platforms for the children to stand on, and he also helped with the spaceship control panel you can see in the middle. There was a time of fellowship after the program....the night was a huge success! 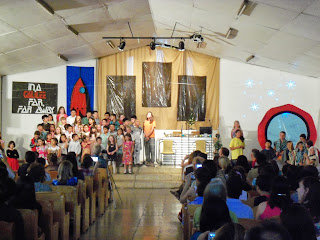 On the last day of school there was a Christmas party in the morning.  In the elementary building, we rotated between four classroom/stations to celebrate.
Here was Mr. Hurley in the cookie decorating classroom. 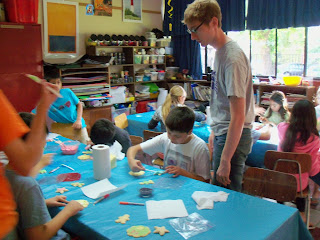 Mrs. Rubin was in the popcorn and movie watching classroom. 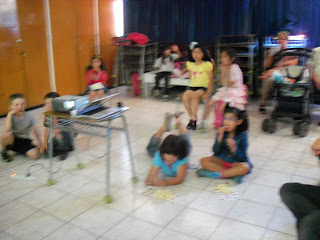 Mrs. Williamson was in the craft making classroom. 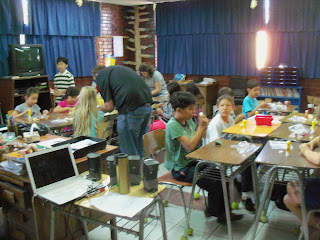 Mr. Dewbre was in the game playing classroom......here the Kindergarten and Pre-K classroom are playing pin-the-nose on Rudolph the Reindeer. 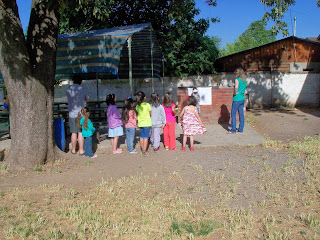 And then?  At the end of the day, some of the teachers who are in the apartments decided to celebrate the last day with a cookout!  We also were celebrating Brian's Birthday.....we got good beef for the grill for the special occassion.  Here is Brian, mastering the meat! 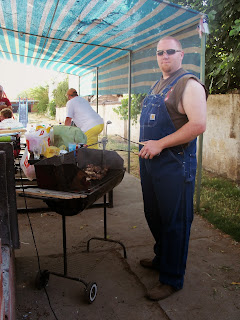 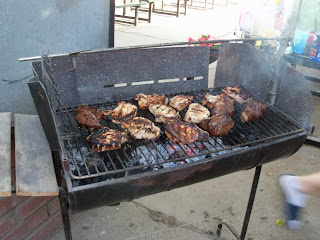 There was also another grill that we put potatoes on.......I was in charge of making the potatoes.  If you look to the lower left, you will see potatoes in the coals......:0S  I did not wrap my potatoes properly, and I put in too many potatoes per pack. So, when Brian went to move them, the foil tore and the raw potatoes plummeted to their end!  We lost the potatoes with garlic and onion, but Brian didn't mind one bit! 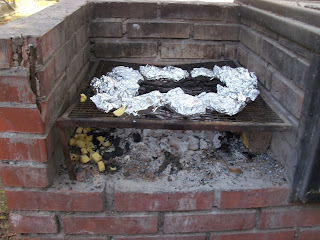 In spite of the mishap, the evening was a huge success!  We watched the sun go down and admired the brilliant colors God had painted the sky and mountains! 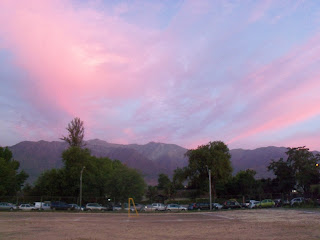