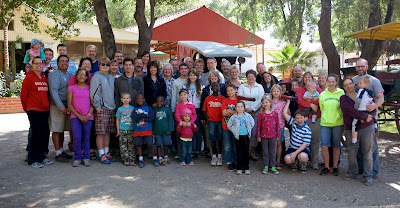 We were truly blessed to spend our Thanksgiving with a great group of people and in wonderful place.  Thanksgiving is a highlight here because we were all able to unplug from the constant demands that are around us.  The ABWE missionaries here in Chile all go on a retreat over the holiday up in the mountains as a team building activity. There was an English speaking preacher (he has been a pastor for 45 years and had some tremendous things to share) who served in Chile for many years some time ago....that was SUCH a blessing to hear the Word in our native tongue! That is something we have really missed since we've been in Chile. There were also team members that shared their testimonies and special music. It was just nice and refreshing....we had a Thanksgiving meal too!
Each night there were always a few up for playing games!  We had the opportunity to learn a few new games, but ultimately the time of fellowship was much better! 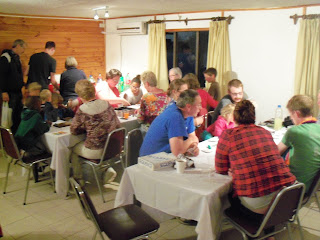 When we had breaks in the day we could not help but enjoy the beauty all around us.  One day Phyllis and I decided to go on a hike.  We did not have any real destination in mind but it was just nice to start walking and gazing at God's creation.  We did get lost.....just a little but thankfully we found a road and followed that back.  ﻿ 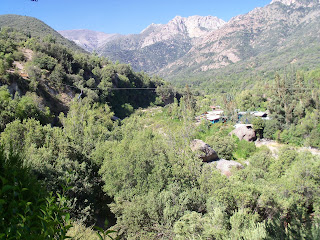 One of the breathtaking views we happened to find! 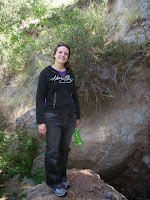 Here is Phyllis on a big rock...
....and Brian thought it was a good idea too! 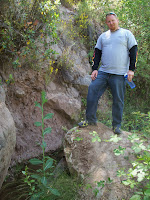 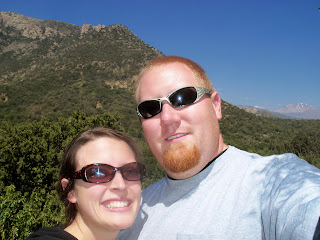 Since we were by ourselves, Brian and I had to become our own photographers.  We tried one with sunglasses....... 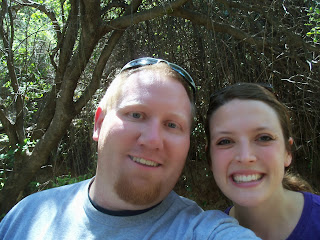 ....and one without!  We had to choose a shadier spot in order to take off the shades....:0S
We were able to close out Thanksgiving day in an unconventional way!  A couple of the missionaries had made a pinata and filled it with candy for the kids.  They had a blast with trying to break it open.  They enjoyed what happened more when it finally gave way and candy filled the ground.  Many of you should recognize the character of our pinata.....he is also known as "Angry Bird!" 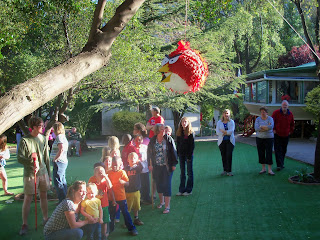 We really have so much to be thankful for and it was truly wonderful to step back from it all and thank God for the many ways He has blessed us!!!