July 09, 2014
July 1st, 2014--Our first graduation this year celebrated the young men that Brian and Rob Hagerty took through a Men's Bible Study called Stepping Up put out by Family Life Today.  There were 15 young men that started the study and to God be the Glory 13 finished!  They had a cookout (Chilean style) to commemorate the final study.  A HUGE thanks goes out to Kari Hurley who supplied treats EVERY week that filled the stomachs of these teenagers!  The study was about godly manhood and how to purposefully pursue it. 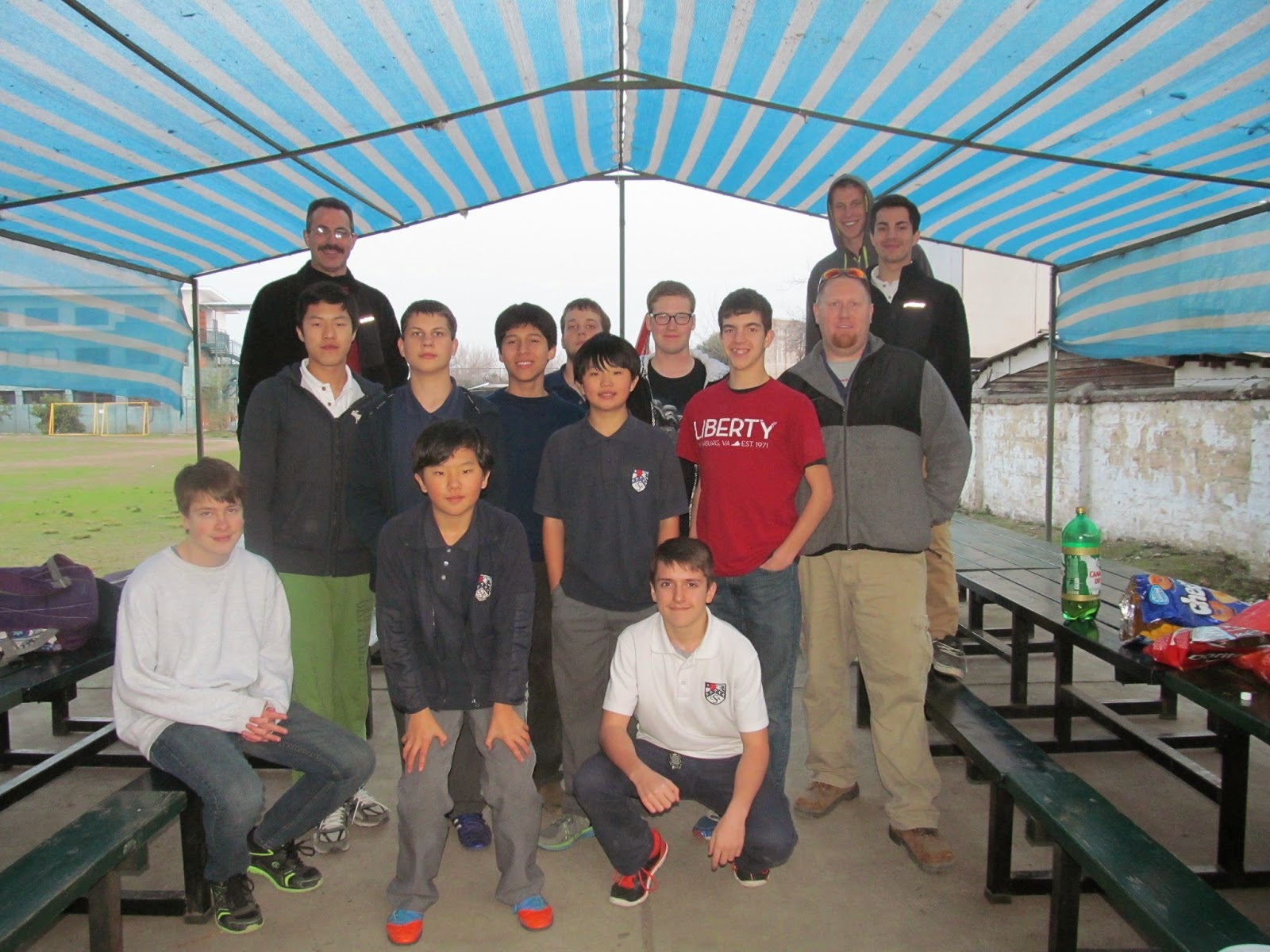 July 2nd, 2014--Our dress rehearsal for Kindergarten Graduation!  I took a picture of the boys and the girls as they were preparing.  I wanted to remember their enthusiasm and excitement for years to come!  As you can tell, they were having a blast! 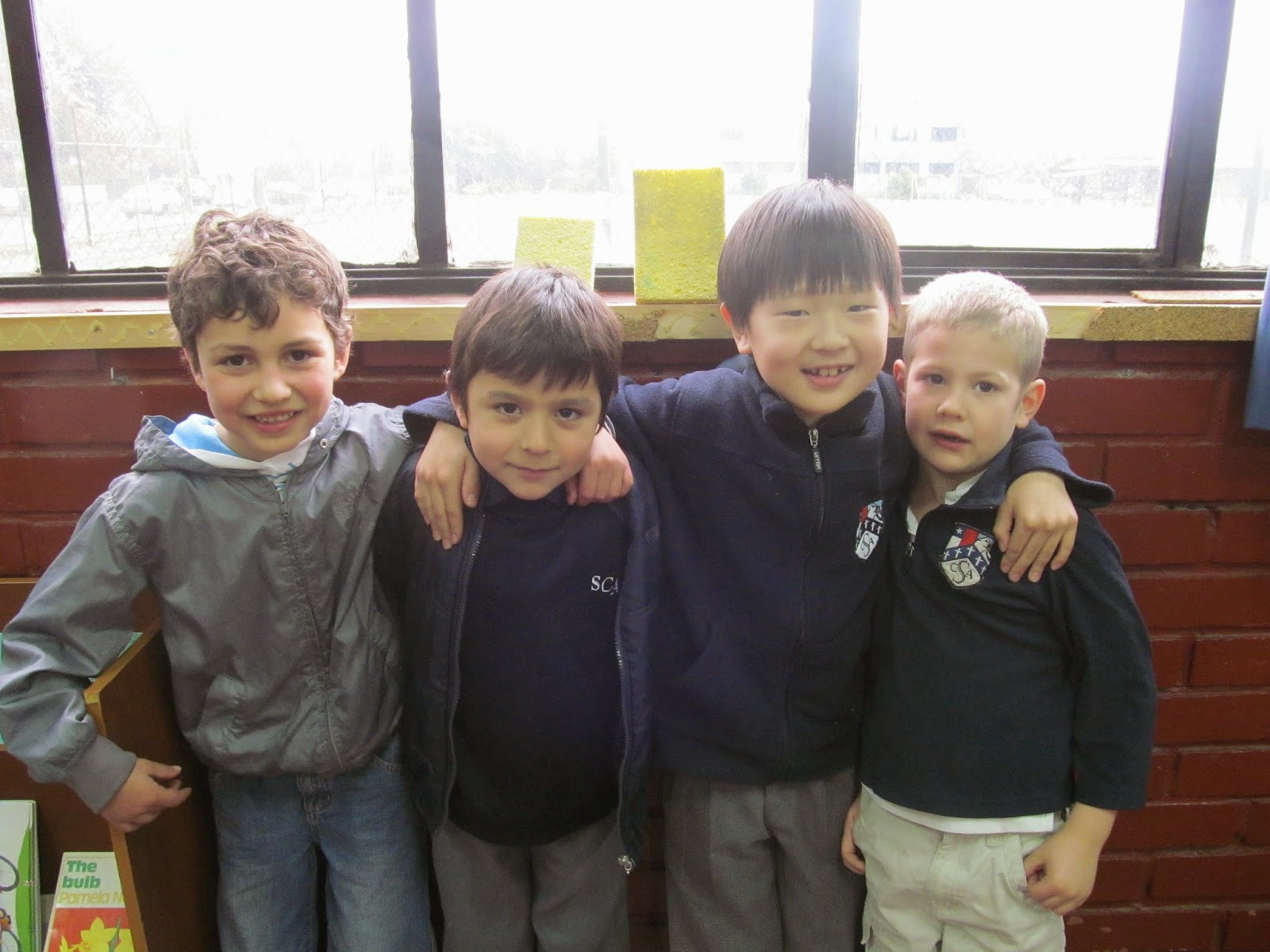 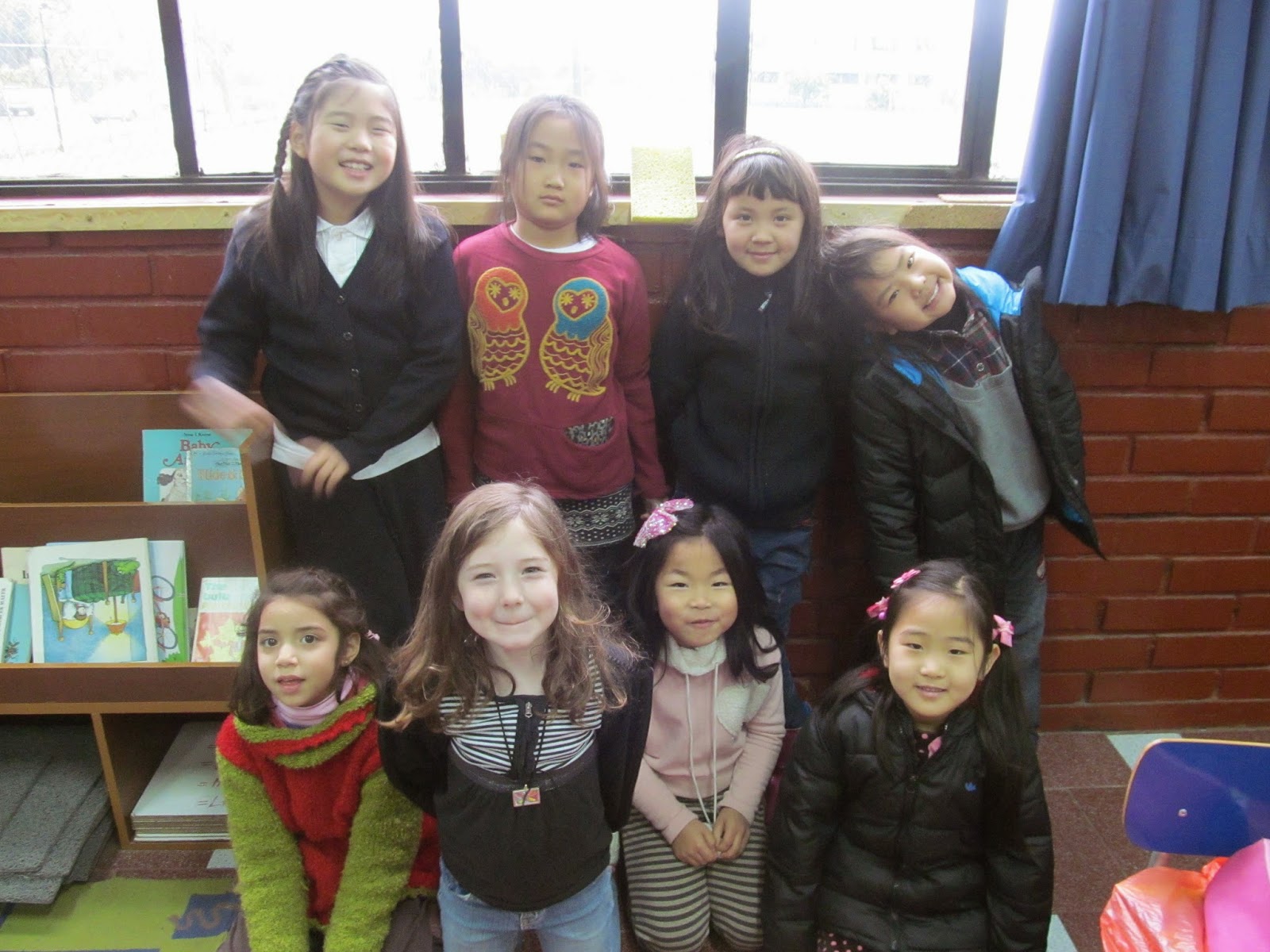 July 3rd, 2014--10:30 AM photo shoot of my last day with these grown up Kindergartners!!!  The program went EXTREMELY well, and I couldn't have been more pleased! The class performed a couple songs (complete with actions), shared things they'd learned in Kindergarten, recited Psalm 100, and shared what they want to be when they grow up (in the video).  Then, they received their diplomas.  I couldn't have been more proud! 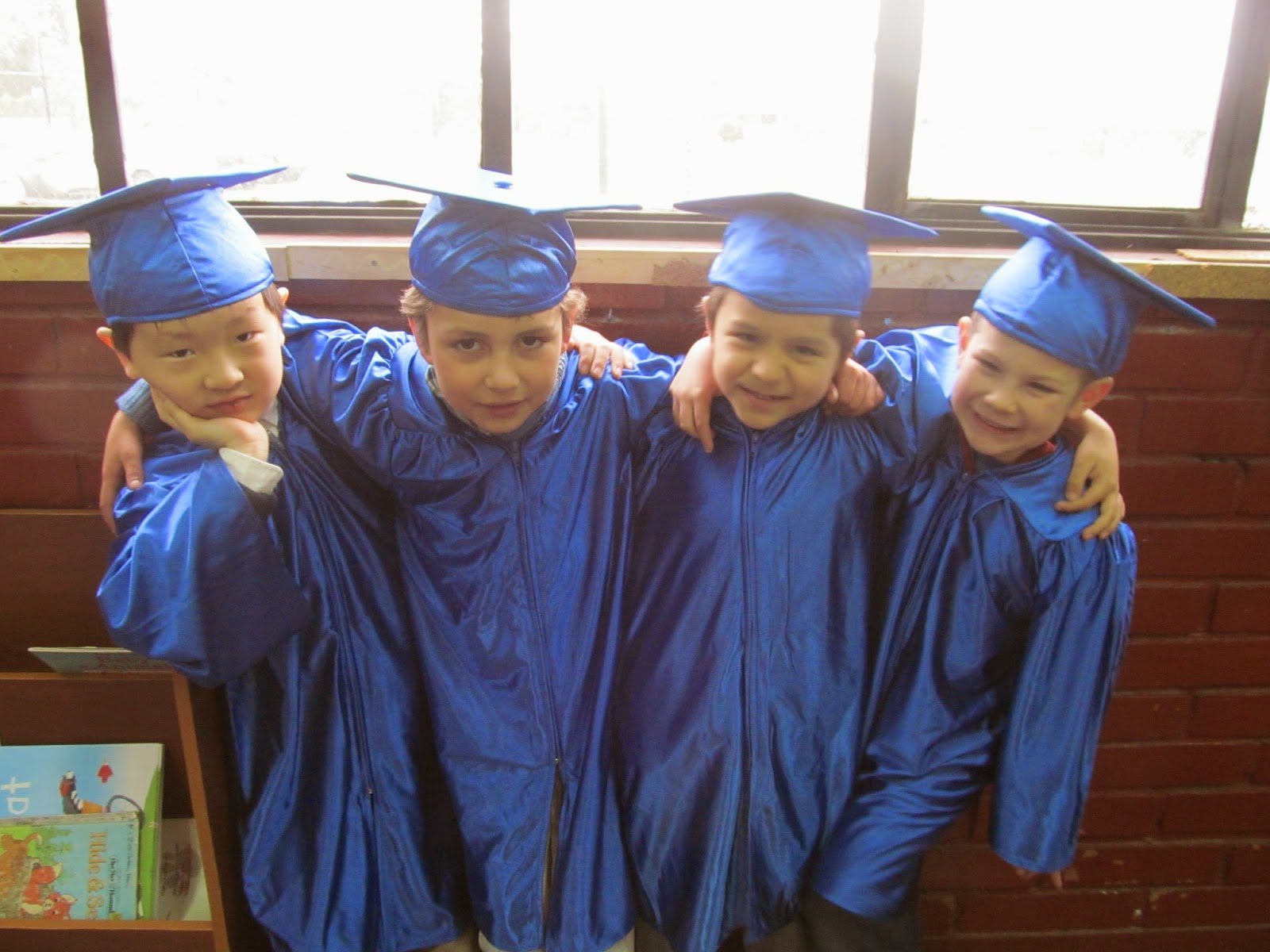 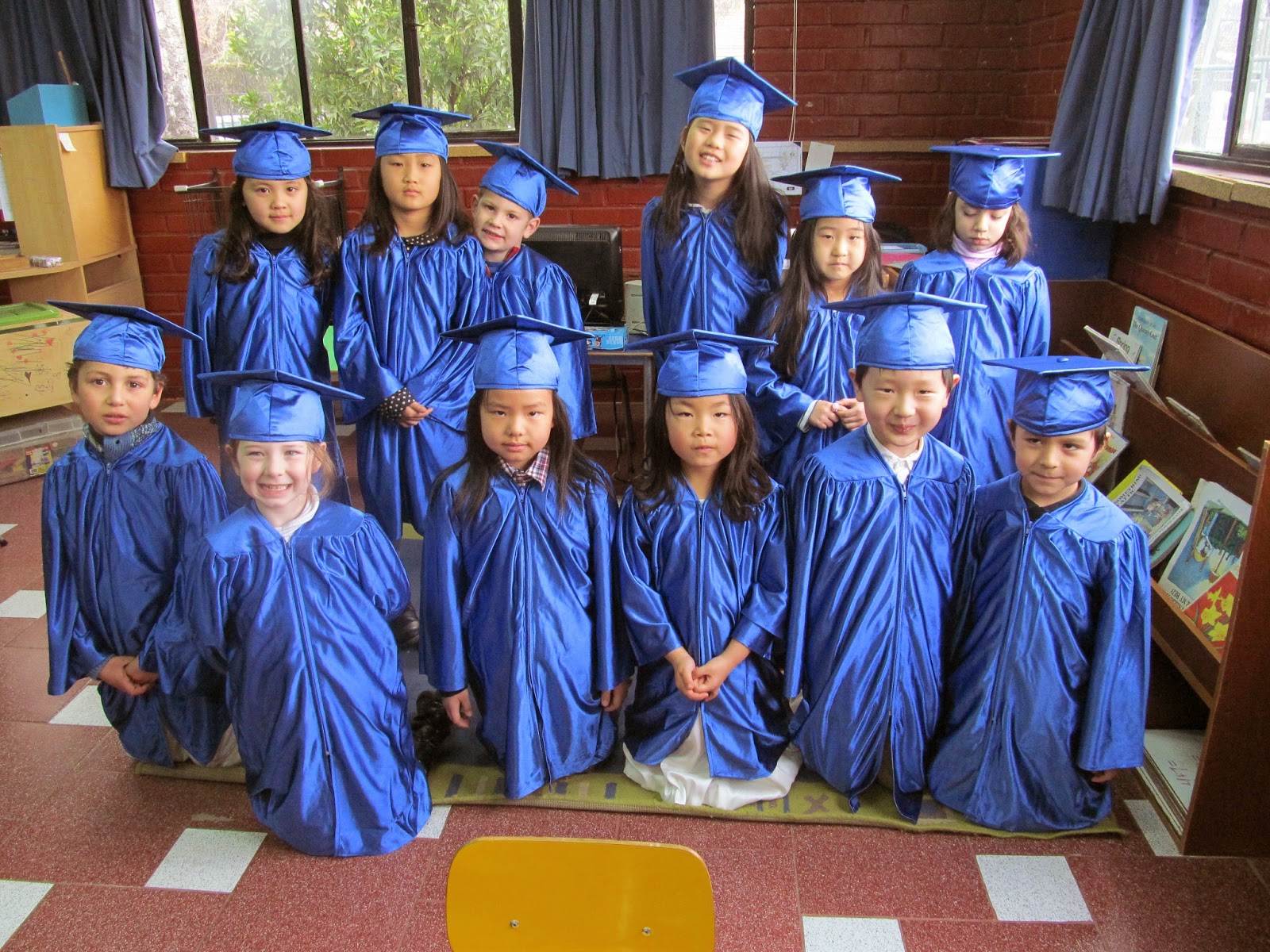 July 3rd, 2014--in Room #3 of the Middle School.  After the graduation program, the children and their families were invited to a reception to celebrate their accomplishment.  A HUGE thanks goes out to Katie Crigger for her hard work in coordinating this!  We had numerous parents contribute food items and drinks for the occassion.  THANK YOU TO ALL OF YOU!!  The children seemed to enjoy themselves and there was a lot of rich fellowship after the ceremony.  These pics are before the families and children arrived.  The room was PACKED after the graduation was over! 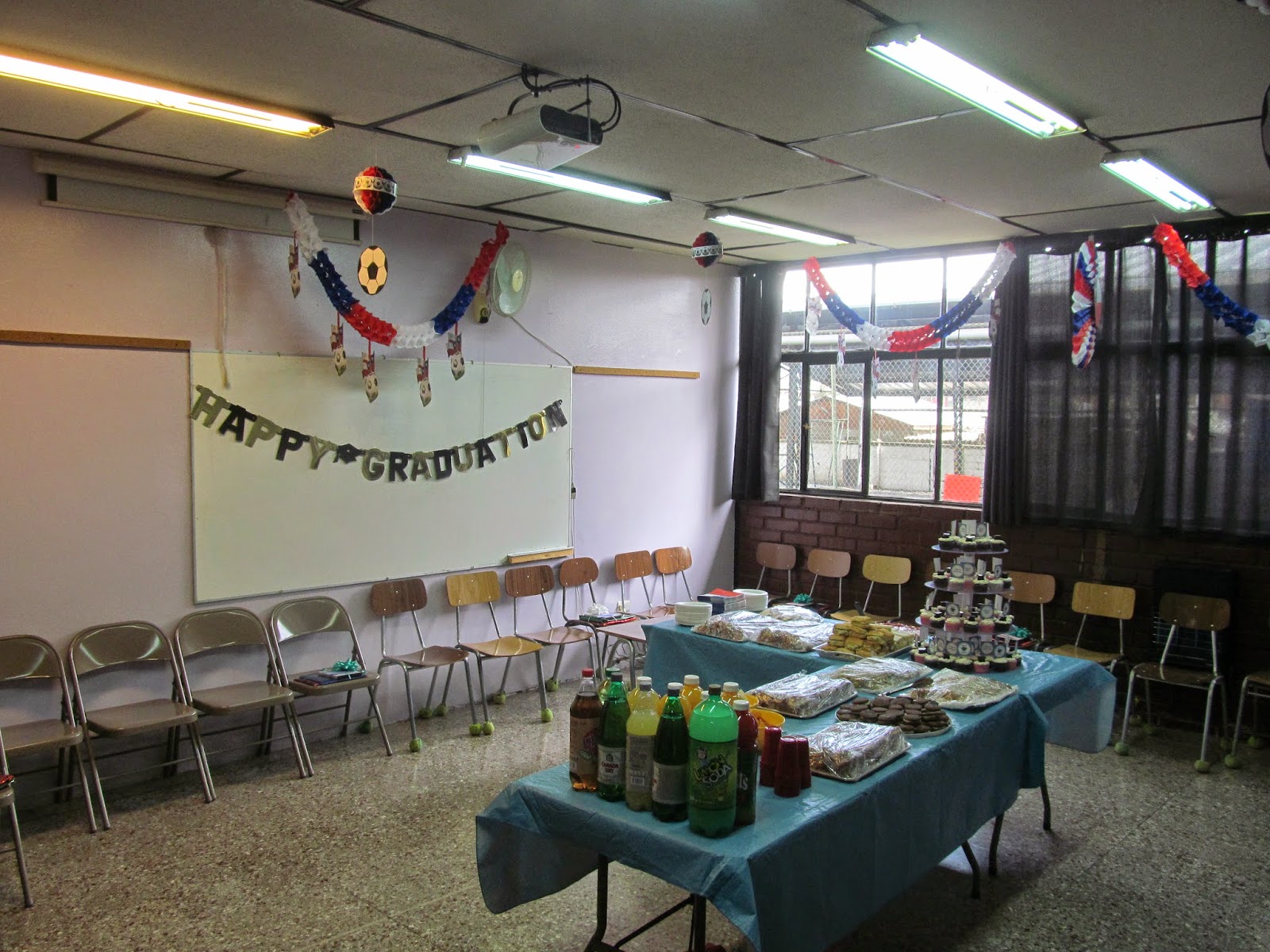 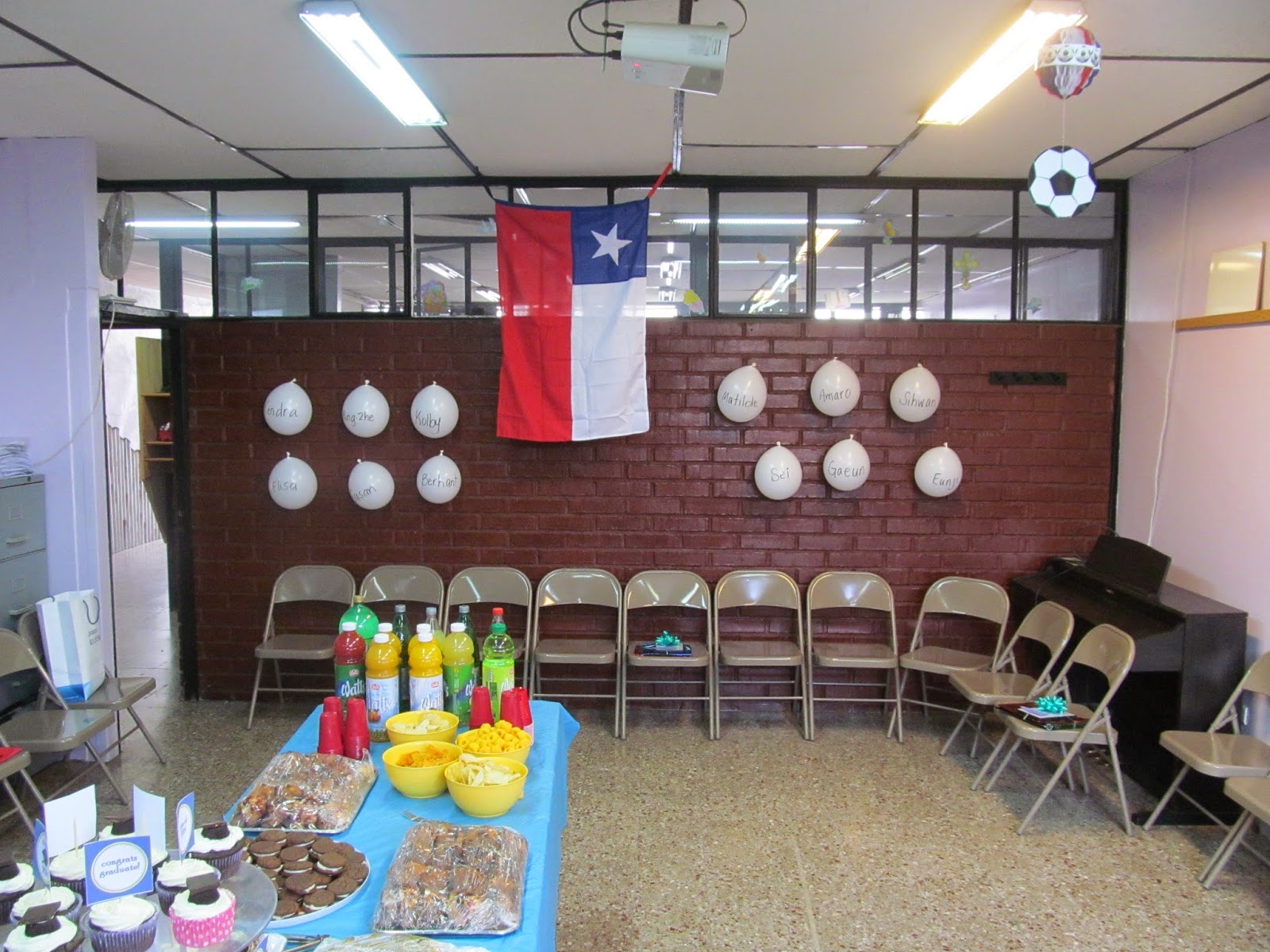 This is a picture of me and my classroom aide, Carla Merino.  She is my best kept secret as to why the Kindergartners did such a great job! She is patient and proactive in anticipating children's needs.  She has a warm smile and a soft tone.  She helps me remember to follow through, and I have really enjoyed working with her! 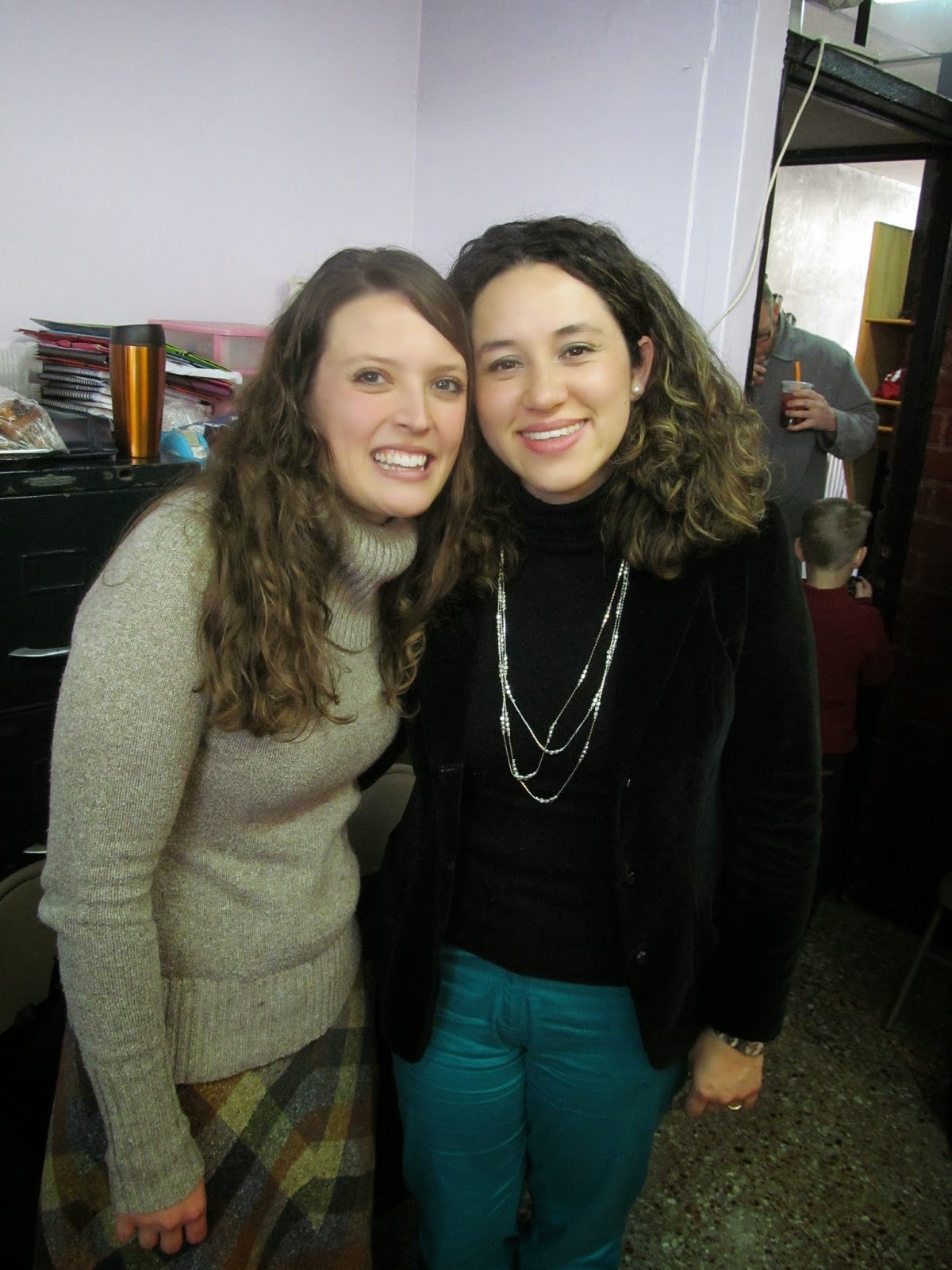 July 3rd, 2014--Brian and Phyllis Hovey waiting for Brian's ride to pick him up for High School Graduation later in the evening.  We wanted to show school support, so we had our pic taken by the school mascot....the mustang! 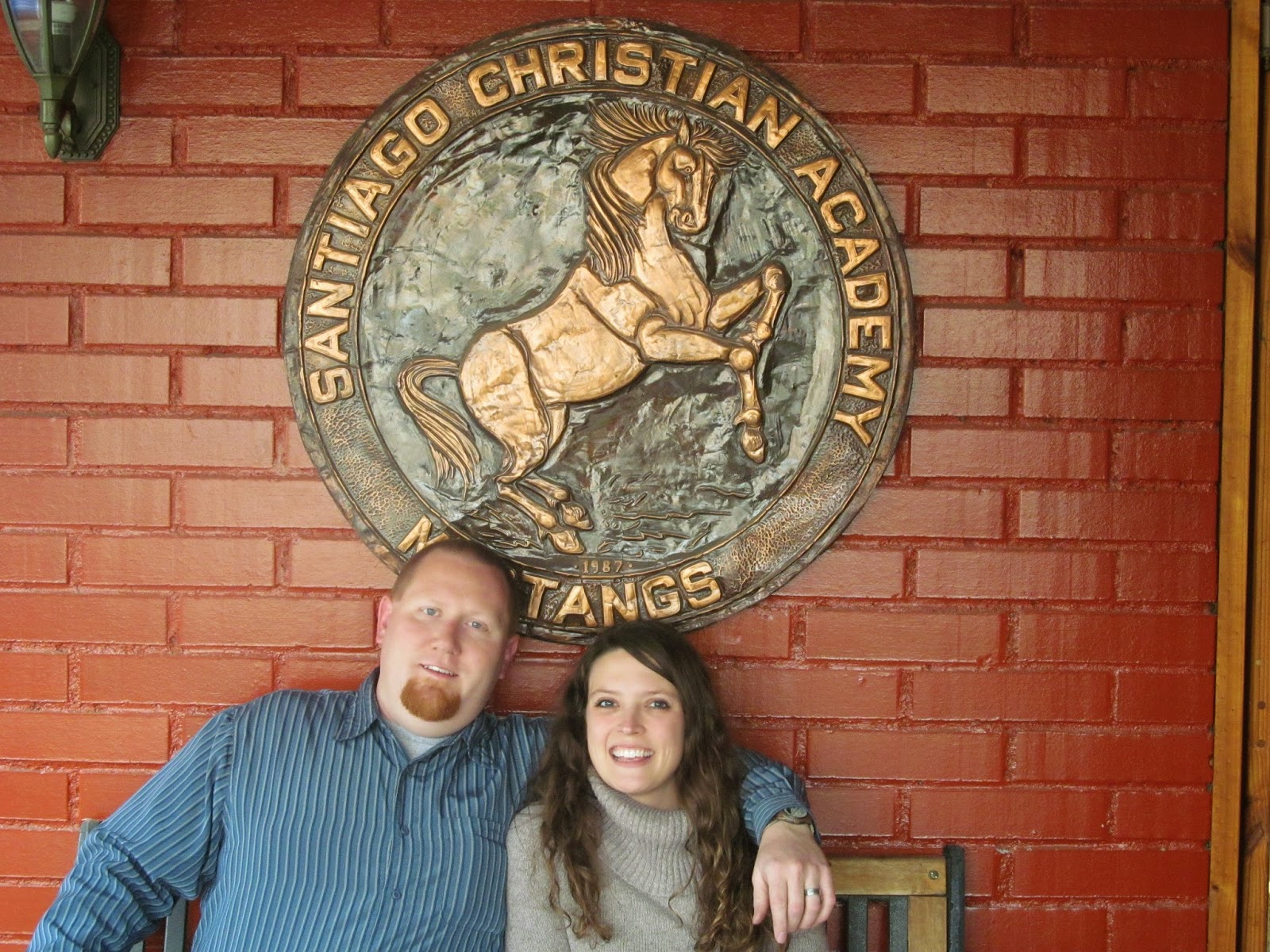 July 3rd, 2014--7:00 pm  The High School Graduation was held at a local church. There were four graduates this year attending the ceremony.  Three graduates had to leave the country prior to the 3rd for various reasons.  Brian was asked to share a Scripture passage as well as manage the sound.  As you can tell in the pictures below, the graduates wanted to hear what Brian had to say!  He shared from 2 Kings 6:15-17 which talks about the prophet Elisha and his servant in the course of battle.  As the morning dawned, Elisha's servant saw that the enemy had encamped all around them, but Elisha prayed and asked God to open the servant's eyes to see that those who were with Elisha's side were EVEN GREATER than the mere men that were battling against them.  God's side is ALWAYS the right side, and even when we can't see how we're going to make it through, God and His angel armies are with us and fighting for us! 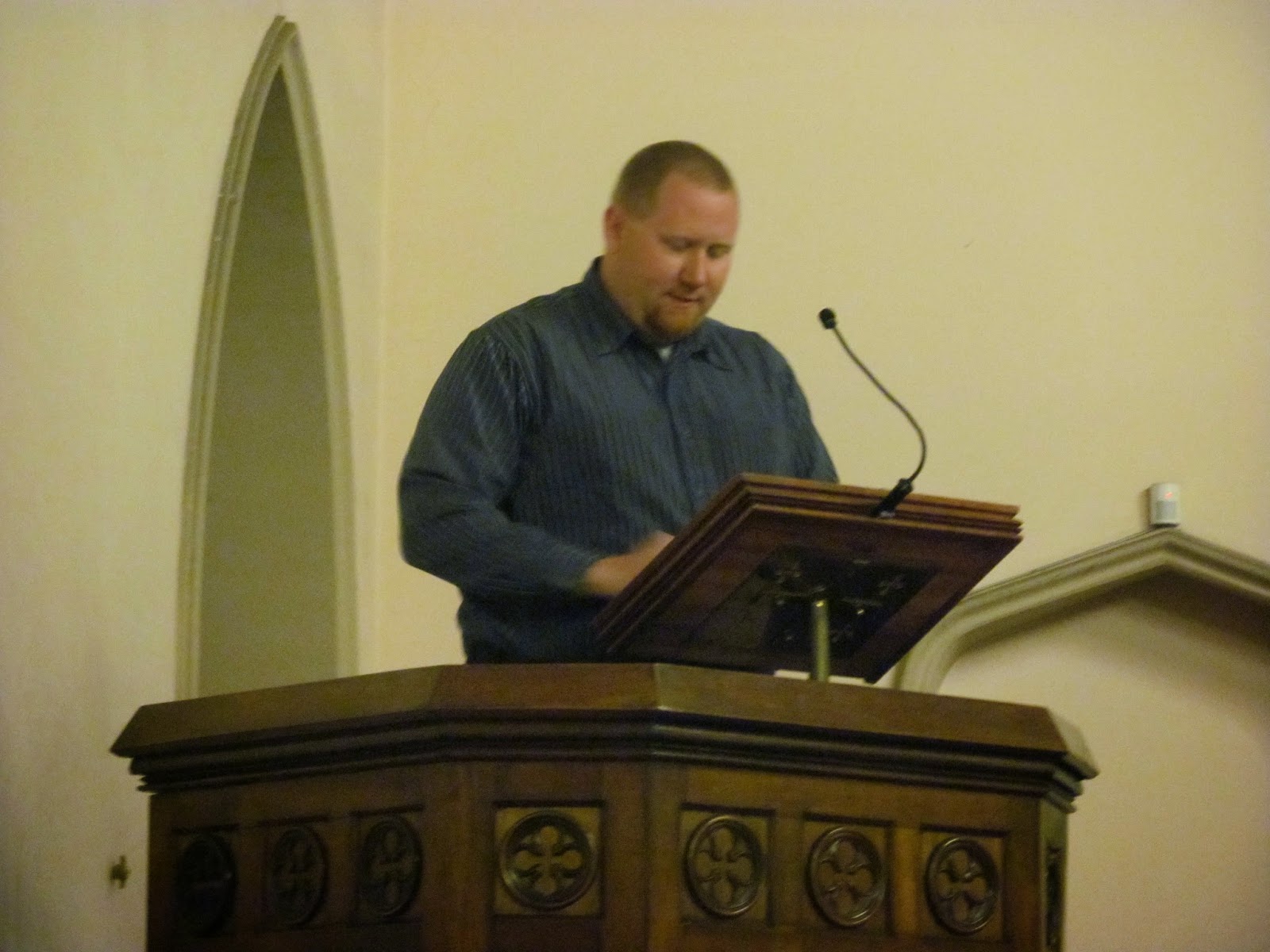 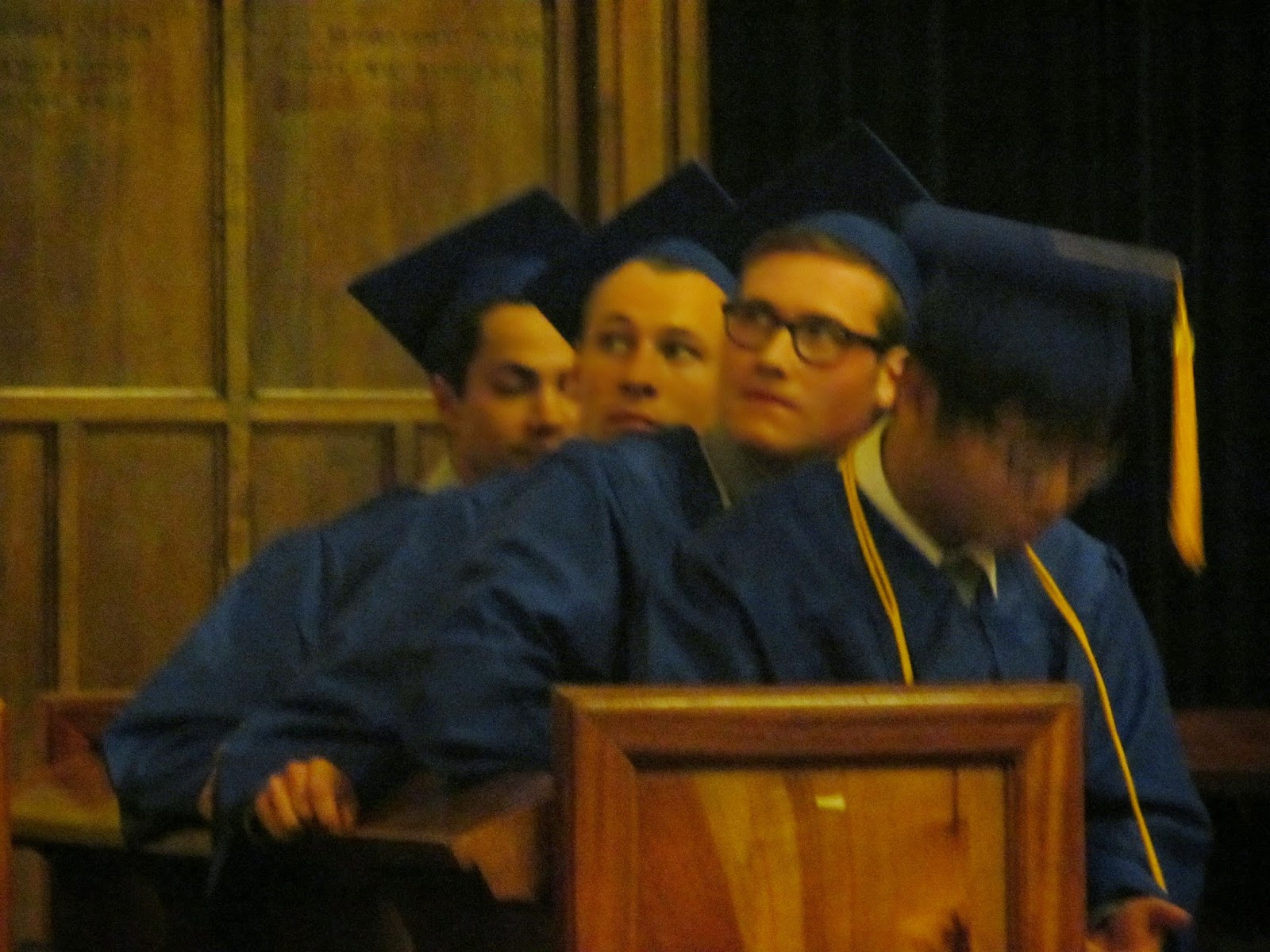 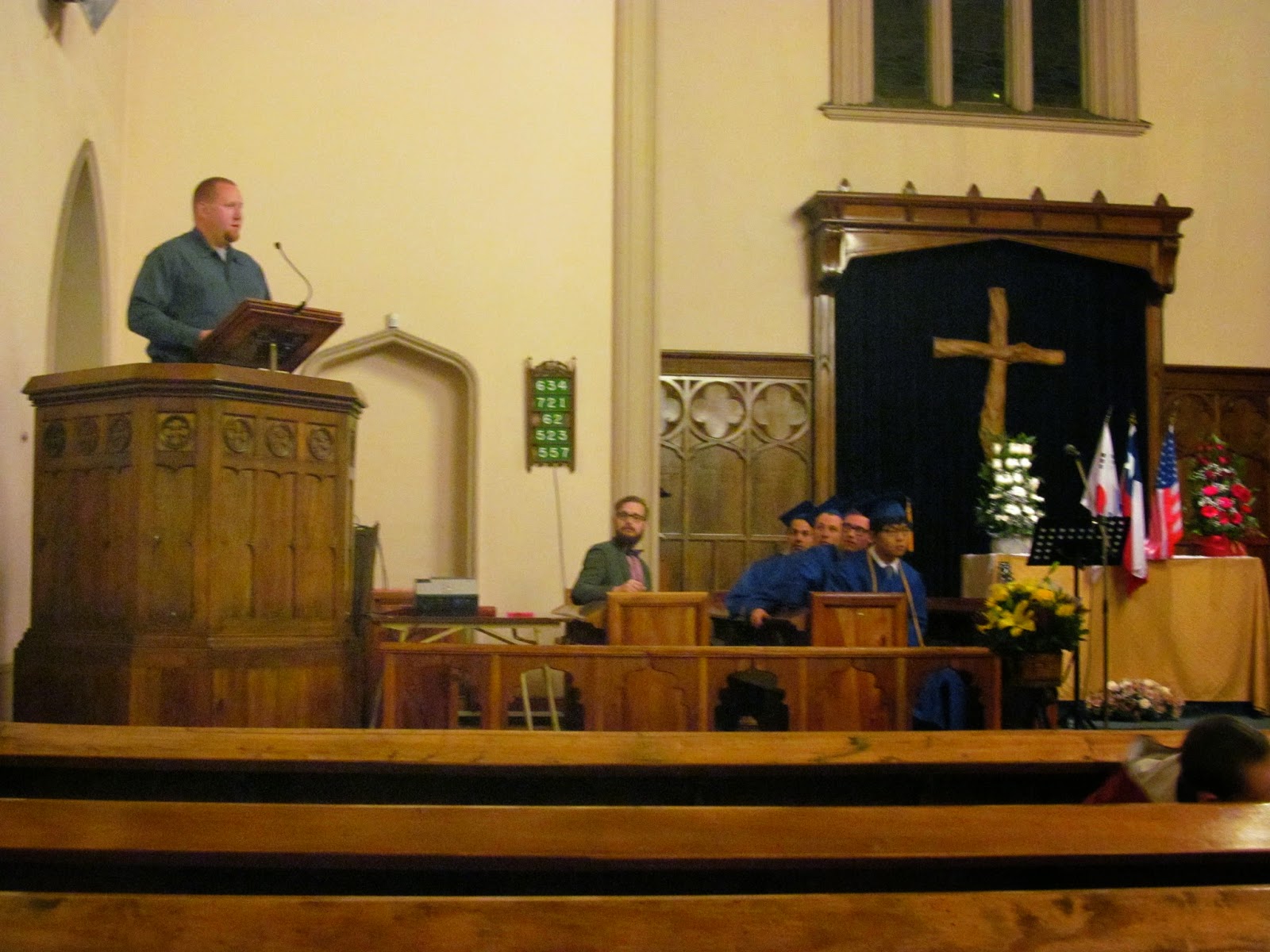 All in all, the day was a huge success!  Diplomas were earned across the board and accomplishments were recognized.  Look out world! Here come the graduates of 2014!!!!