April 30, 2018
We had the opportunity to attend our first wedding in Papua New Guinea this last weekend.  I (Brian) would say, in general, weddings are occurring less and less not only in PNG but around the world.  I personally believe that is because a wedding between a man and a women was created by God.  It is a covenant before Him first and a commitment to each other second.  When we take God out of the equation, a marriage covenant really seems less important....more of just a formality.

Anyways, the wedding was for one of the teachers from the Bible college who is slightly older than us.  What makes his story more unique is that he is the first born son of a chief.  The culture here is very male dominant, and there is a very defined hierarchy among the villages.  For a man in this position to follow Christ is very difficult as it is culturally acceptable and often encouraged to have multiple wives and live in some very bad ways.  This guy however chose the hard road over that easy path, and it was an encouragement to see that first hand.
There were some interesting events that took place as with any big event here.  There was a "moo moo" or a really big meal where they cook lots of chickens, pigs, and all kinds of vegetables in the ground.  One thing that is very foreign to us is the "bride price;" this is a very big thing in PNG.  The couple that got married were both Christians and their parents were as well so they did not want to go that route, however the extended family would not allow that.  Decisions for the most part are much more collectively done....more group thinking, where those of us from the USA can be very independently minded.  The bride price usually includes, money, pigs, Kina shells (original currency of PNG) among other things.  In certain places in PNG it can be hundreds of thousands of dollars and vehicles.  These gifts that are paid are distributed though the wife's whole extended family.  Sometimes the husband may be paying the bride price his whole life as it can increase with children as it's not always a onetime thing.  One huge down side to this bride price system is it leads to some of the highest domestic abuse of women in the world.  Essentially the wife has been purchased and is the husband's property and so when she gets beat she has no choice to leave.  If she were to leave, her family would be forced to pay back the entire bride price, which they refuse and put pressure on the wife to stay.  It is truly a sad cycle that takes place and one that can not be stopped by simple government regulation.  This cycle can only be broken with the power of the Gospel of Jesus Christ!
The couple's wedding that we attended testified to this reality in living color...they pushed back on cultural norms and broke out of the mold...to God be the glory!  They didn't get married for selfish ambition or prestige or money, but the Gospel has gotten ahold of them and they, in turn, are doing something powerful in the Name of Jesus!  When looking at marriages across the globe, it can be easy to puff up one culture's ways over another.  However, the way to get the most out of your marriage is to live for Jesus first and treat your spouse as God's beloved daughter/son....regardless of culture.  We ALL live before God and are given an opportunity each day to exalt Him no matter what our cultural norm is! 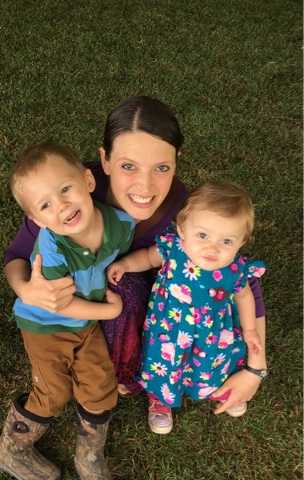 Everyone was all ready for the wedding.....kind of 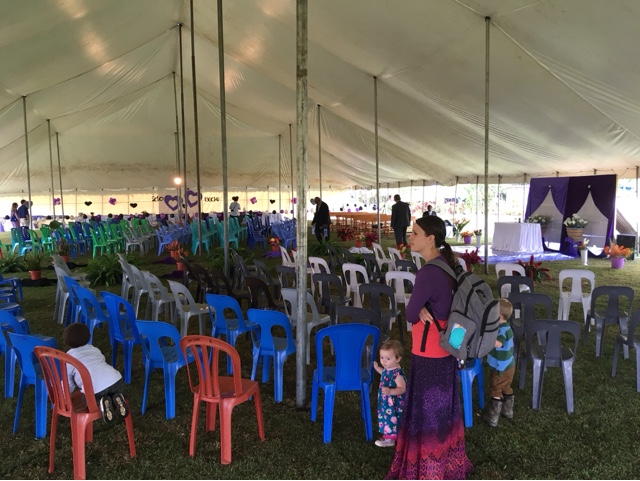 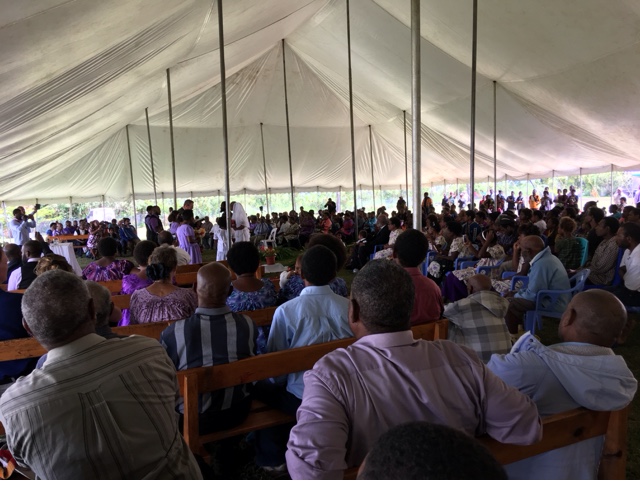 The people kept coming even when the wedding was just about over...there were still lots of people coming... 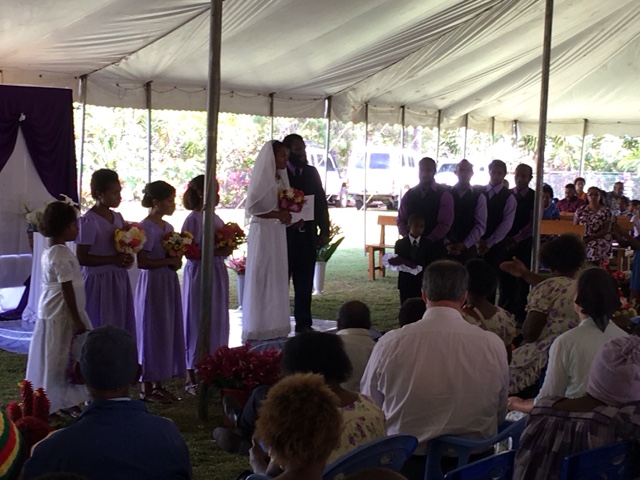 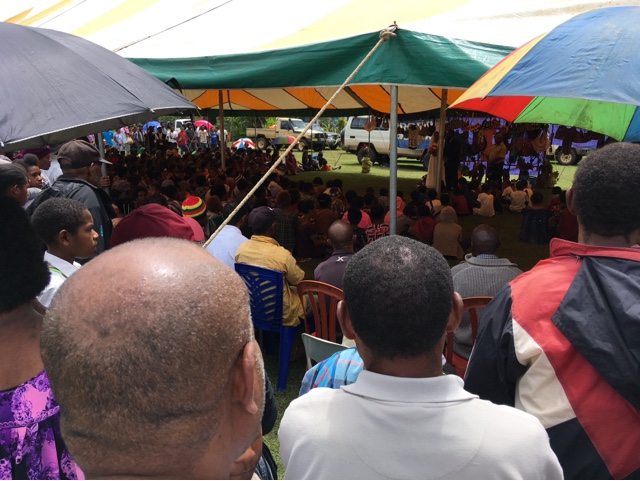 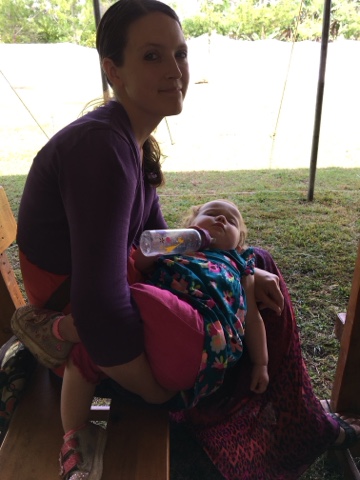 Thankfully Moriah is not interested in this wedding stuff yet!