April 09, 2018
"Endurance is not just the ability to bear a hard thing but to turn it into glory." -William Barclay

A friend and I were having a discussion about this quote this weekend.  I had come across it, written in the margin of my Bible at an earlier date, and we were talking about its application.  "What does it mean?" we pondered.  I got to thinking about 'glory.'  When I think of glory, I think of the lion's mane or the giraffe's neck....the qualities in an animal that makes them unique and, in turn, make them glorious.
I can’t help but think of that in light of people too.  What is a person's glory?  The unique qualities and character traits that make them stand out.  Uniqueness is not usually easy to bear.  Typically, it is the source of teasing and ridicule.  Joseph was the favorite son of his father.  His special attention caused hatred and betrayal from his brothers, but it also brought him glory later in life when God had time to finish the story.  Paul suffered much for the sake of the Gospel, but those trials earned him a crown and were thus glorious.
The transition to life in PNG has had its ups and downs.  This past week, my heart was burdened for my children.  They were out playing with some children, and they were being teased.  Gunner and Moriah were oblivious to the children's intentions, but as the mom, I could SEE it!  The other children's laughter was ridicule and, from what I could tell, it was in light of my children's skin color.  I was reminded of a conversation I had with the Lord, as a single gal, serving in another culture where my skin was different.
"WHY, Lord?" was my question.  "Why did you make me this way and this color if you were going to call me to a different culture?"  While I didn’t hear an audible voice from the Lord that quieted my heart, I DID consider the question for a long time and thought, "MAYBE God wanted to see what I would DO with it."  My white skin was perceived as wealth and riches to the people I was seeking to serve.  I felt befriended for money, not for my heart.
In many ways, our differences here in PNG are perceived similarly by outsiders.  But God has given us an opportunity to either let others define us OR we can look to the God who has called us here and ask HIM how he wants us to respond.  HE can turn our differences into glory.  And then?  The best part of the story is that we get to give that glory back to Him!!!
In light of my children?  I did not bring my God glory.  I chose to bring them home and not let them play outside the rest of the day.  However, in those moments at home, God was able to work glory out of the situation by bringing upon me the spirit of conviction.  I didn’t handle the situation well, but it will present itself again and THEN what am I going to do?  Please join me in praying that GOD would help me respond in grace and compassion!
I am guilty at times of seeing my Father God not for His character but for what I think He can do for me or give me.  God can still use my misperception to teach me and draw me to Himself so I can learn of His true character.
We ALL are created uniquely.  While uniqueness can be difficult to bear, let us consider today that perhaps God is working for our good and His glory in the middle of what we perceive as trials! 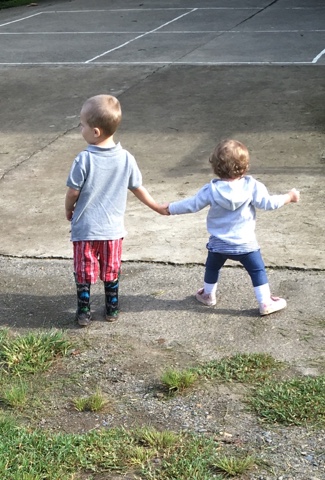 Gunner being a good big brother and helping his sister! 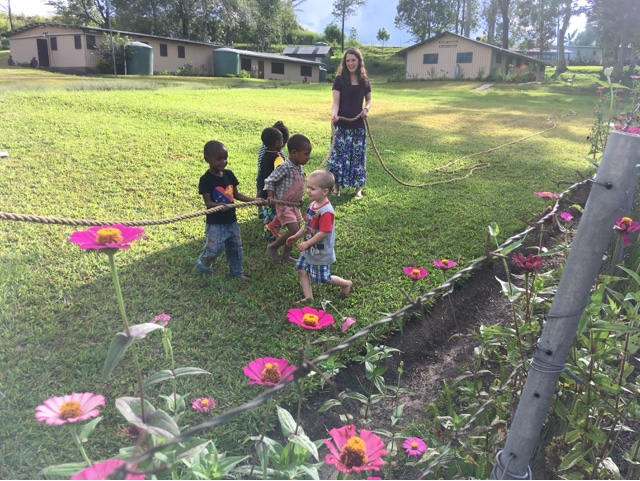 Playing tug-o-war with some of the students kids 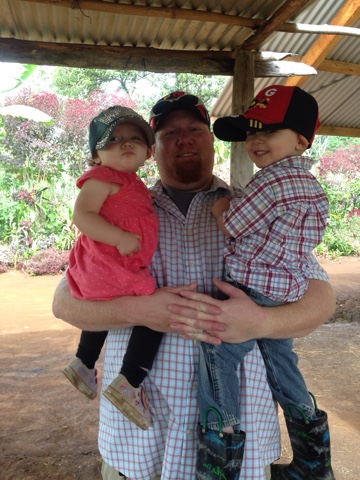 Everyone enjoying their new hats 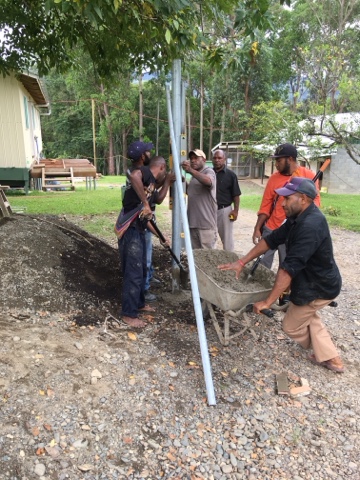 We started working on the fence for our new house!