June 25, 2018
The greatest.....who is the greatest?  If Jesus were sitting at the table and you and a group of friends were discussing it, who do you think he would say would earn that title?  Maybe someone from the Old Testament? Maybe Moses?  Maybe Elijah?  Perhaps John the Baptist or Peter, his contemporaries?  Or maybe, just supposing it could have been the Apostle Paul?  No.  None of these would do.  They weren't 'qualified' enough.  They didn't minister 'effectively' enough to earn it.
Jesus taught that the greatest in His Kingdom was the least expected.....children.  “and [Jesus] said, "Truly, I say to you, unless you turn and become like children, you will never enter the kingdom of heaven. Whoever humbles himself like this child is the greatest in the kingdom of heaven.”  Matthew 18:3-4 ESV
Brian and I read another passage in Luke this past week.  It, too records this account saying,
“An argument arose among them as to which of them was the greatest. But Jesus, knowing the reasoning of their hearts, took a child and put him by his side and said to them, "Whoever receives this child in my name receives me, and whoever receives me receives him who sent me. For he who is least among you all is the one who is great."”  Luke 9:46-48 ESV
Our children, Gunner and Moriah, have taught us many things and continue to do so.  I would like to share a couple from our week.
1) Take time to enjoy what God has given (literally and figuratively). 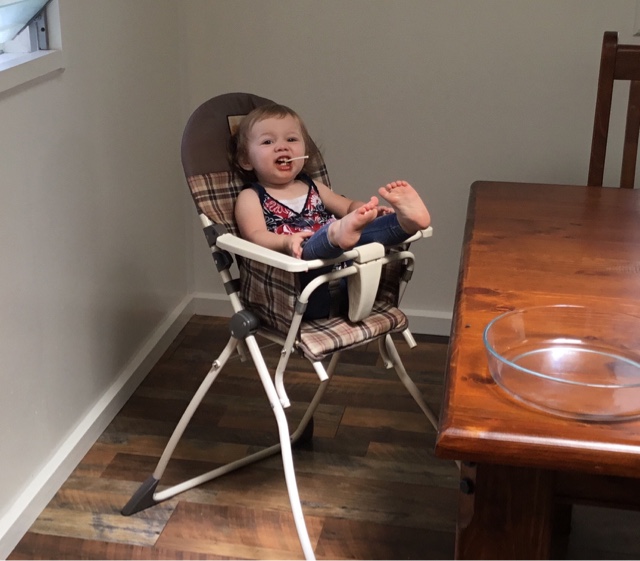 In this picture, Moriah was lounging in her high chair while enjoying a sucker...while she wasn't SAYING to enjoy the little things, that's what we took away from it.
2) God gives us the good, the bad and the ugly...let us receive whatever He deems best with open hands! 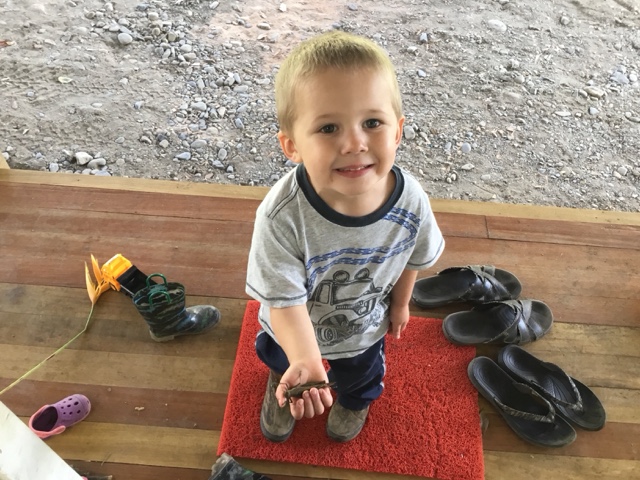 This is a picture of Gunner's latest creepy, crawly thing that he brought home to show me.  Initially, I must confess, I (Phyllis) was NOT impressed.  As I was looking through pictures though, it struck me how Gunner marvels at ALL of creation, not just the 'pretty' things.  I was challenged in my own walk to take what God has given me and be schooled by it rather than reject it because it isn't my ideal.
3) Fellowship is a lifeline when playing in the dirt! 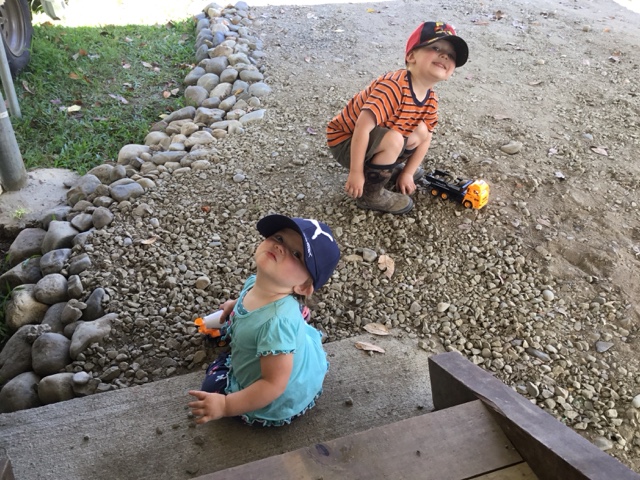 As you can see, Gunner and Moriah are playing in the dirt TOGETHER.  While they were filthy when it was time to come in, I paused to reflect on the fun they had, and I couldn't help but think of how in my own life it has been critical to have someone WITH me in the dirt.  I was reminded of a children's chorus that says, "Everything is better with a friend!" Amen!!!
4) The road is not always easy to travel but that must not stop us (literally and figuratively). 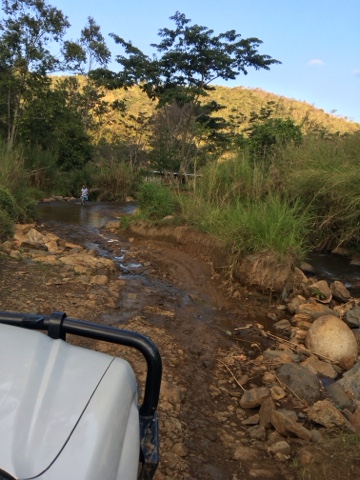 This photo was taken along the road today as we drove some ladies to a conference for the week at a local church.....it didn't get any better.
5) Waiting is also part of the process... It is not the most enjoyable part as Moriah has shown us, but God's timing is always the best timing!