June 03, 2018
Q: Why didn't Noah fish while he was in the ark?
A:  Because he only had two worms!
Hahaha!  This joke is found in Gunner's collection that he likes to share.  A good friend of ours shared it with us as we left for PNG.  This past week Gunner's interest in the Bible story of Noah and the flood (Gen. 6-9) has resurfaced.  We typically read from The Jesus Storybook Bible by Sally Lloyd-Jones before heading to bed each night.  Gunner has requested the story of Noah more days than not this past week.  I will come back to this thought.
This past week also brought a new wave of disobedience by our three year old.  While I could give several examples, that is not the point, so I will refrain.  The other night, we decided to put him to bed early as a consequence for deliberate disobedience.  The conversation went like this....
Me (Phyllis)-- Gunner, you are going to bed.
Gunner--Why?
M--Because you are not listening.
G--But Mom, I can't listen.
M--Why?
G--Because my ears are broken.
M--What's wrong with them?
G--They are tired of listening.
M--Then I guess that means they're ready for bed too!
Makes me smile now to record that, but I was exasperated in the moment.....anyways, Gunner asked to read the story of Noah that night.  So?  I did.  What struck me afresh was a little paragraph in the middle.   It says, "But Noah didn't mind so much what other people thought, he minded what God thought.  So he just did what God told him to do."  Because The Jesus Storybook Bible is a paraphrased, kid-friendly version, I was compelled to look in my own Bible to see what it said about Noah's obedience.  I was surprised.
In Genesis 6:12-21, God tells Noah to build the ark.  However, BEFORE God reveals that, God tells Noah that He is going to destroy the earth.  What struck me was that Noah didn't interrupt.  In fact, the Bible doesn't record that Noah SAID anything. Verse 22 simply says, "Noah did this [built the ark]; he did all that God commanded him." Upon reflection, I wrote in the margin of my Bible, "Noah's emotions are not mentioned.  Did he cry?  Was he angry?  Did it even matter?  Not as much as it mattered what he chose to DO!" Actions speak so loudly....and?  They are often what are remembered; emotions will fade with time.  I was moved to pray for my OWN obedience to the Lord, and it led to prayers for my children and husband too.
🎵Obedience is the very best way/to show that you believe/doing exactly what the Lord commands/doing it happily/action is the key/do it immediately/joy you will receive/obedience is the very best way/to show that you believe!🎵
-Children's chorus 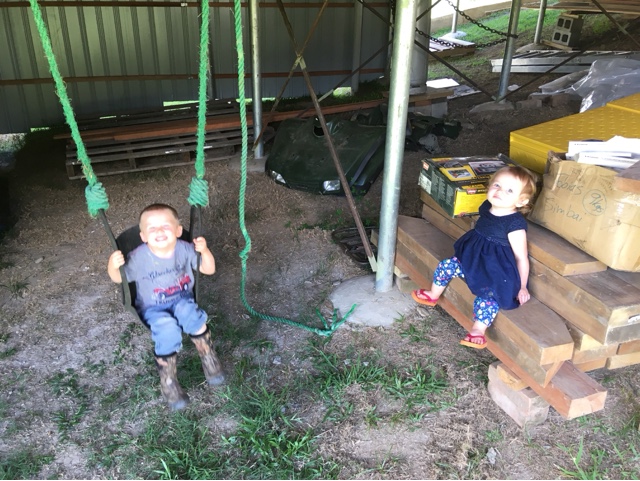 We were gifted a tire swing by some friends and Gunner has been enjoying it!.....Moriah wants nothing to do with it, but she enjoys watching her brother swing! 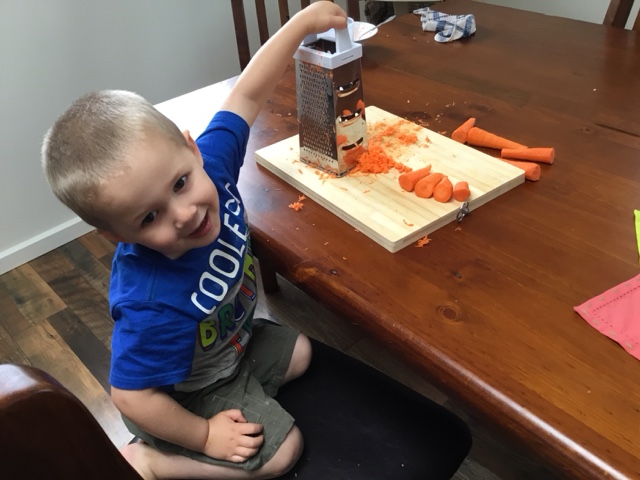 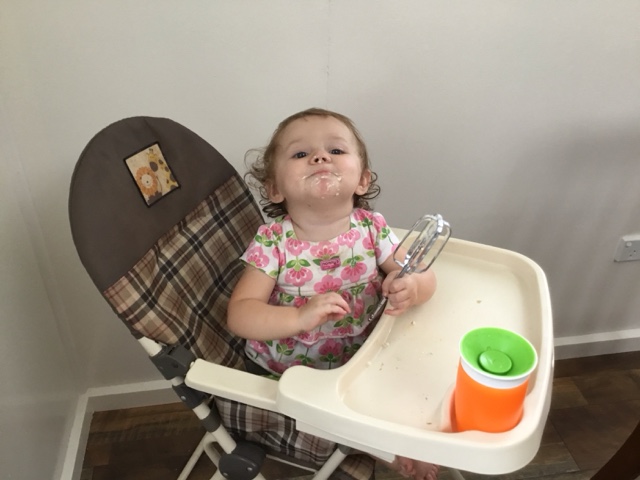 Moriah testing the sweet treat mom and Gunner were making.