June 30, 2019
Tonight as I sit before the computer screen and look through pictures of the week, the question crosses my mind as to what really is helping and what really is not.  Today Gunner helped me peel three piles of carrots.  That really helped me.  The other day, I asked Gunner for help to wash Brian’s socks, which he happily agreed to.  He made a bigger mess than I would’ve and I had to wash all the socks again anyway.  However, did that really help?  Not with the task, no, but with MY Attitude while completing the task?  ABSOLUTELY!  So was it really helping?  I would say 'yes!'
I was challenged in my quiet time with this thought too.  I am working through the book of Matthew, but I read a story that is found in Mark and Luke too.  It’s a story in Mark 5:21-43.  There was a ruler named Jairus whose daughter was sick....very sick for she was near death.  Jairus approaches Jesus and asks Him to heal her.  Jesus agrees to go to her, but on the way, a woman who has been sick for twelve years comes and touches His garment among the crowd.  She has the belief that she would be healed.....and ya know what?  She is!  In the mean time while Jesus is asking who touched Him, Jairus gets word that his daughter has died.  In Mark 5:36, Jesus challenges Jairus, "Do not be afraid, only believe."  Jesus indeed goes to the house of Jairus and raises his daughter back to life!  Whoa! (Paraphrase).
Now, personally, I have always seen the sick woman as an interruption in the story.  Jesus was on a mission.  He had a goal in mind and a task in front of Him to go see Jairus' daughter.  But, what if the woman is critical to the story?  It struck me as I read through the story this time that maybe Jairus was faint in his own faith and needed to see this sick woman’s belief before he could have the belief needed to heal his daughter....now, I can’t be sure, but doesn’t that change things?  Rather than viewing her as a hindrance to the task Jesus wanted to complete, He took time and valued her....was Jesus really helping?  YES!!  And He helped not only Jairus' daughter but this sick woman too!
Sometimes in ministry or at home,I get task oriented and I forget that sometimes I don’t have to finish something to really help.  Sometimes, by God’s grace, I really help by just showing up and having a good attitude.  Sometimes my children and my husband don’t really help in the ways I expect or want, but they really help by just being them and showing up.  I pray, reader, that today you take your eyes off the idea of really helping and allow God to use you where you are, how you are, and how He leads and that will be really helping indeed! 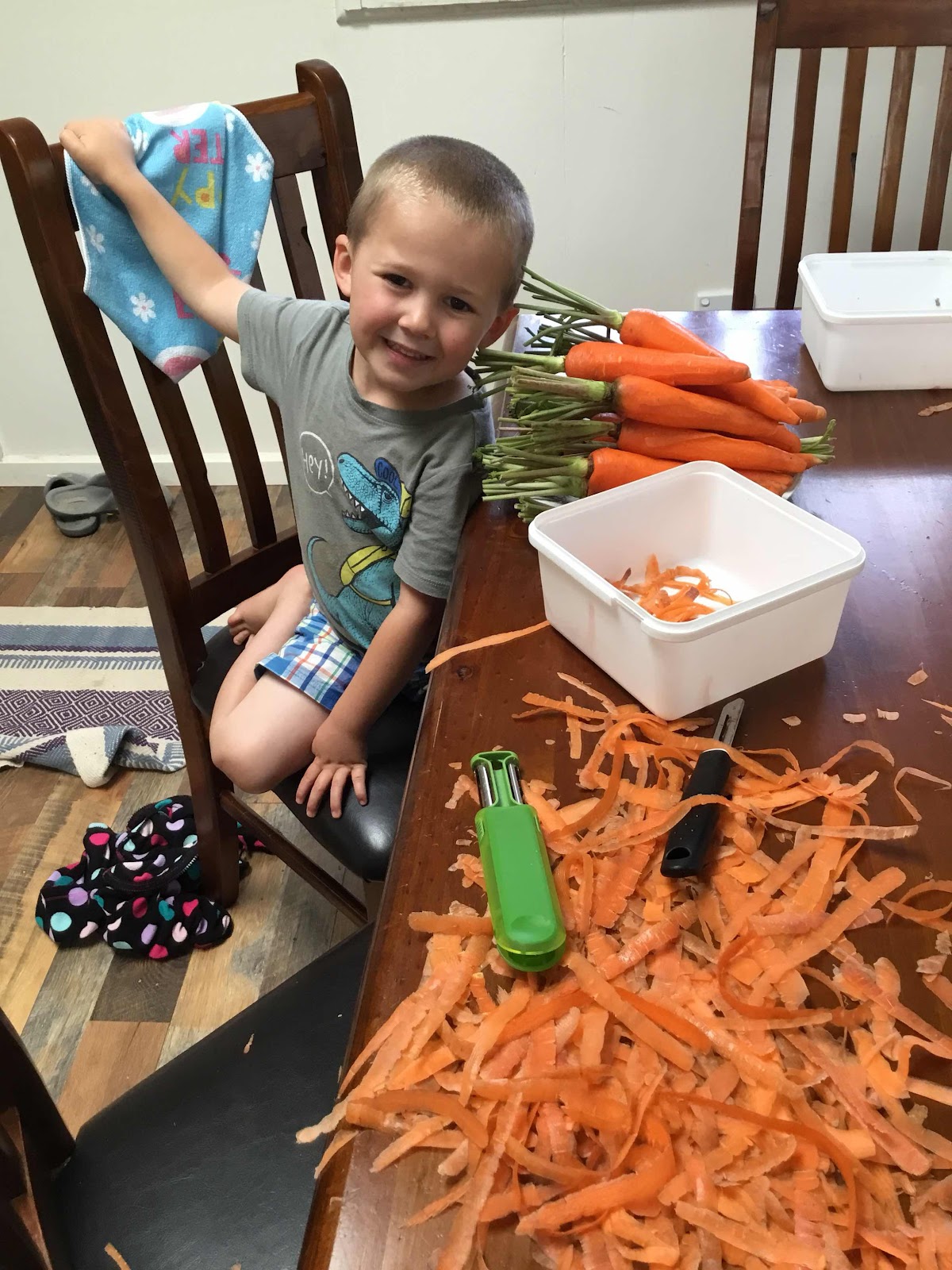 Gunner showing off his pile of carrots! 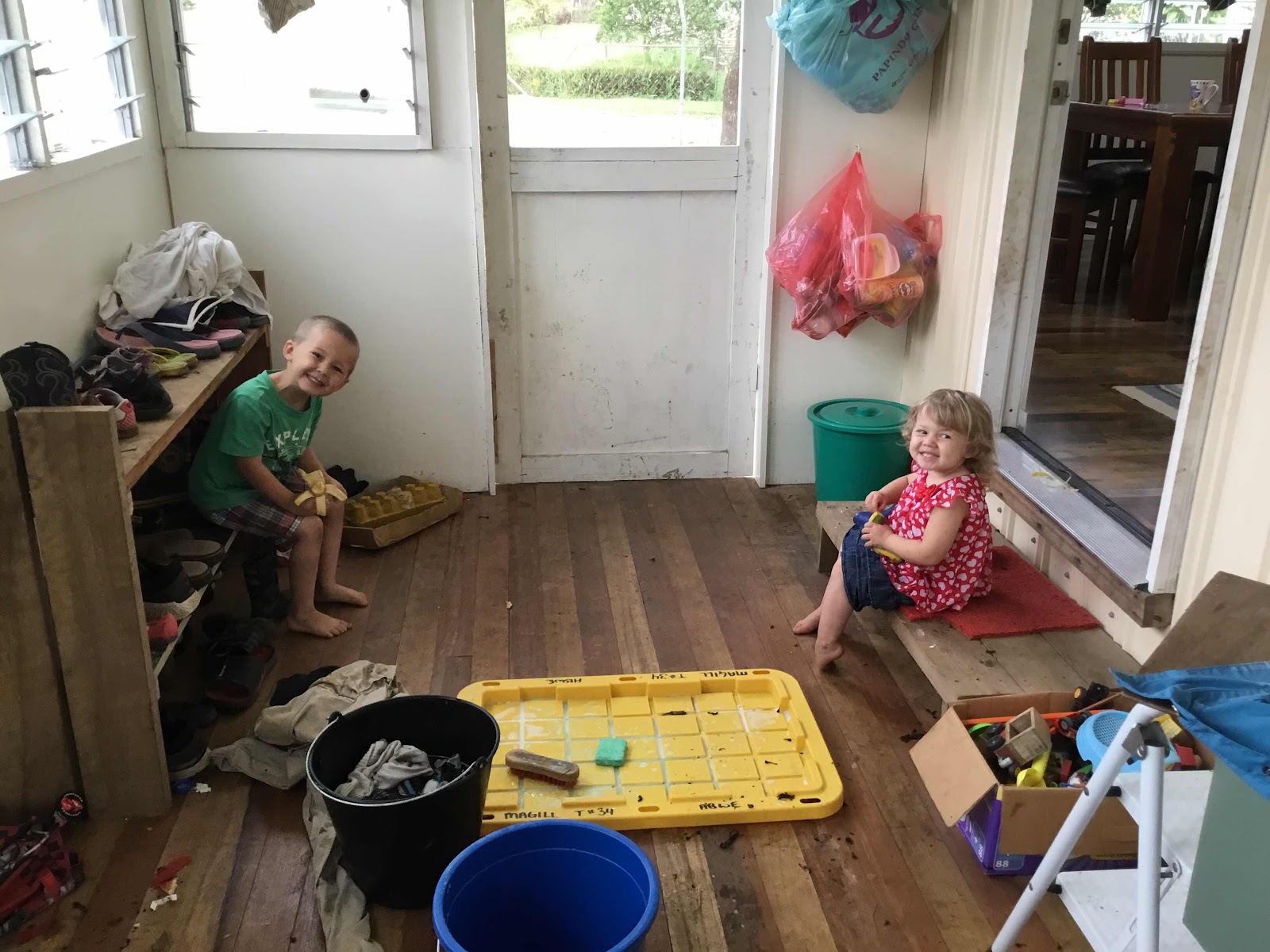 Gunner and Moriah taking a banana break from scrubbing cloths.