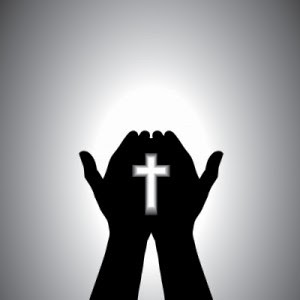 As we look back this week we have so much to be thankful for…..


If we were to look at this last week through our eyes only, then it would look like a complete disaster.  We were preparing for school, had numerous projects that I (Brian) was in the middle of, we were house-sitting for missionaries, we had 3 girls just move into their house from the States to help at the school, we had responsibilities to get people places and be places, among many others.....and then?  It hit.  YET….”man makes his plans but God directs his steps” (Proverbs 16:9).
What happened.....Brian's side
Thursday was a normal day running around like crazy. It was the first day of teacher in service, and I had my plate full. That evening I had what started like bad heartburn, but it just kept getting worse. I tried everything I could think of for relief. Finally Phyllis and I went for a walk, and I started puking.....not normal at all. Things just kept getting worse so Phyllis made the call that I needed to go in.....because I am kind of stubborn.  She called Mark Rubin, one of our fellow missionaries. He said he would come get us. He lives 20 mins. or so away and by the time he got here I was ready to go. The pain was horrific and it was primarily in my chest. It was after 11 pm so the roads were mostly clear, and we were able to make it to the hospital in 20 some minutes.
Chile has socialized medicine, so there are kind of two classes here…those that have insurance and those that do not have insurance. Thankfully we have insurance from the US that will cover us or the reality is that I may not have been treated or had the surgery.  The hospitals are very different as well….if you saw the pictures from where I was….it is very similar to what we have back home. Yet the majority of the hospitals do not look even close to that, so I have much to be thankful for!
It was not a fun ride, because the pain just seemed to keep getting worse.....so my claw marks may still be in Mark's dash. Mark dropped us off at the door and we walked in. They don’t just care for you, they bring you to an office to begin paperwork. Thankfully Mark came in to help us because we could not understand them at all. I began puking "violently" (as Phyllis would say) so I think that helped speed up the process. They brought me back to a room and started testing. They ruled out my heart first (because I have had heart issues in the past) and then we went to x-rays and other scans. They eventually gave me something through an IV for the pain.... it did not take it away, but did dull it a little. What they saw through blood work and scans is that I had a stone lodged in my gallbladder and that there was another issue with my liver and spleen. The gall stone was the major/most pressing issue so they contacted a surgeon who was in surgery to find out what he wanted to do. They then moved me into the hospital out of the ER. We got into our hospital room about 3 am. The surgery was going to take place at 6 am. Mark left us around 3 am and his wife, Jenn, came in about 6 am. Neither of them really slept that night, and I would doubt they were able to much the next day because they have 4 kids....they were truly a God send. The surgery did not happen until maybe 11 am and went on for a few hours. The surgery was very successful. I had to stay in the Hospital until Sunday afternoon so they could keep watch. They removed all the tubes and LOTs of tape and I was free...kind of. Leslie, another fellow missionary was able to pick us up and get us home. While this was going on numerous things were going on in the background. I had many commitments and responsiblities that I was not able to do, so many wonderful missionaries stepped up and filled in.  There are many who continue to watch my classes this week and fill in where needed. I have to do very little this week and eat a specific diet.  I have an appointment on Friday to check everything.  At that time they said they would address the other issues and it should be something that can be resolved by diet change.  I am extremely thankful to be on this side of it though.

I can’t say I would have ever chosen to become sick enough to have surgery in a foreign country, but it has been an eye opener to see how God provides for every detail.  If you just think of being extremely sick and not knowing the language, where to go, or what to do……Yes, God exists even in those dark places in your mind.  In moments like that we get to make a very clear choice….are we going to trust God, or are we going to trust in ourselves?


Well, God came through in huge ways!  If I look back I could never have orchestrated things the way they happened....my words cannot capture it.  From being picked up late at night to getting to the right hospital.  To having the right people on staff, and it is easy to be fooled that this is all just chance…. “Good luck” maybe, but I just went through it, and I can tell you with complete certainty it was Not.

We are truly blessed to be serving an Awesome God and we get the privilege to serve along side some of His missionaries.  God has placed each of them and used them very strategically over this last week and even now.
I am slowly recovering……much slower than I would like, but I am following the doctor’s orders and will continue to be thankful though it all.


Thank you for your many prayers!!!