August 13, 2014
Well I (Brian) am still on light duty work, so even though I can’t get much done tangibly I can work in other ways. I have to admit it has been pretty awesome to see how God has provided this last week though.

One of the teacher aides from last year is in Santiago only for two more weeks before heading to the States and he offered to help me with projects for the rest of his time here. He has been a big blessing! We also had a couple guys help us out today. These two guys have been traveling for the last few months starting in Colombia and making their way south. Through a crazy God connection they offered to help work at the school for the day. They got their fill today digging holes and mixing concrete. It was a huge blessing for me, as I had to play supervisor and just watch...not my kind of job, but Lord willing it will be short lived.

I would like to take this time to highlight a couple projects I have done recently.....so it feels like I am accomplishing something.

The first is a pulpit for the Facutad (Seminary)....located next to the school. They have a few wood ones they currently used in classrooms, but were in need of another. They asked if could build another one for them. I never have made one before, but took the opportunity to add my own touch.... I don’t really like the wood here as the majority of it is covered partical board, so I decided to try to make one out of metal. The result is as follows..... 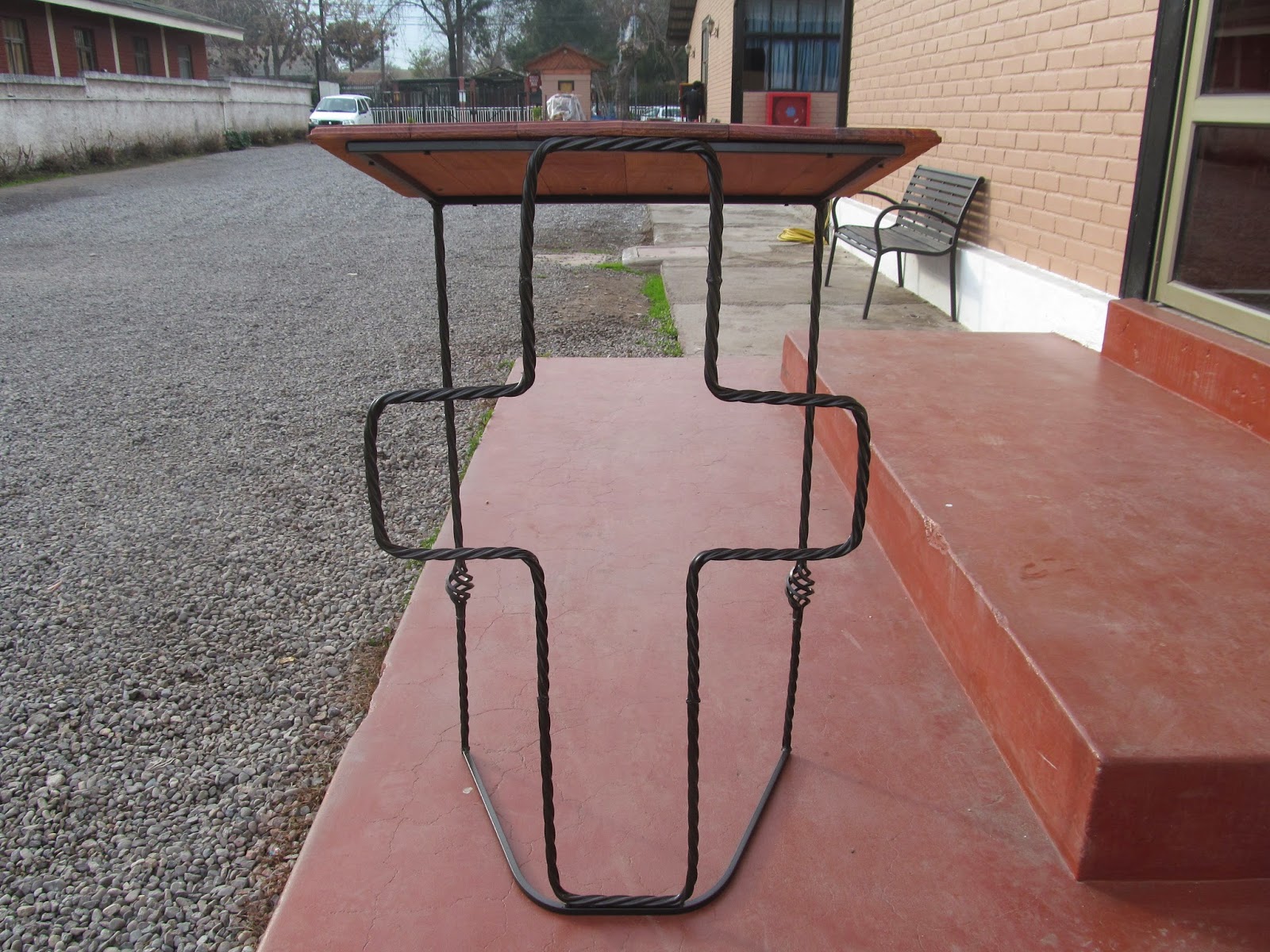 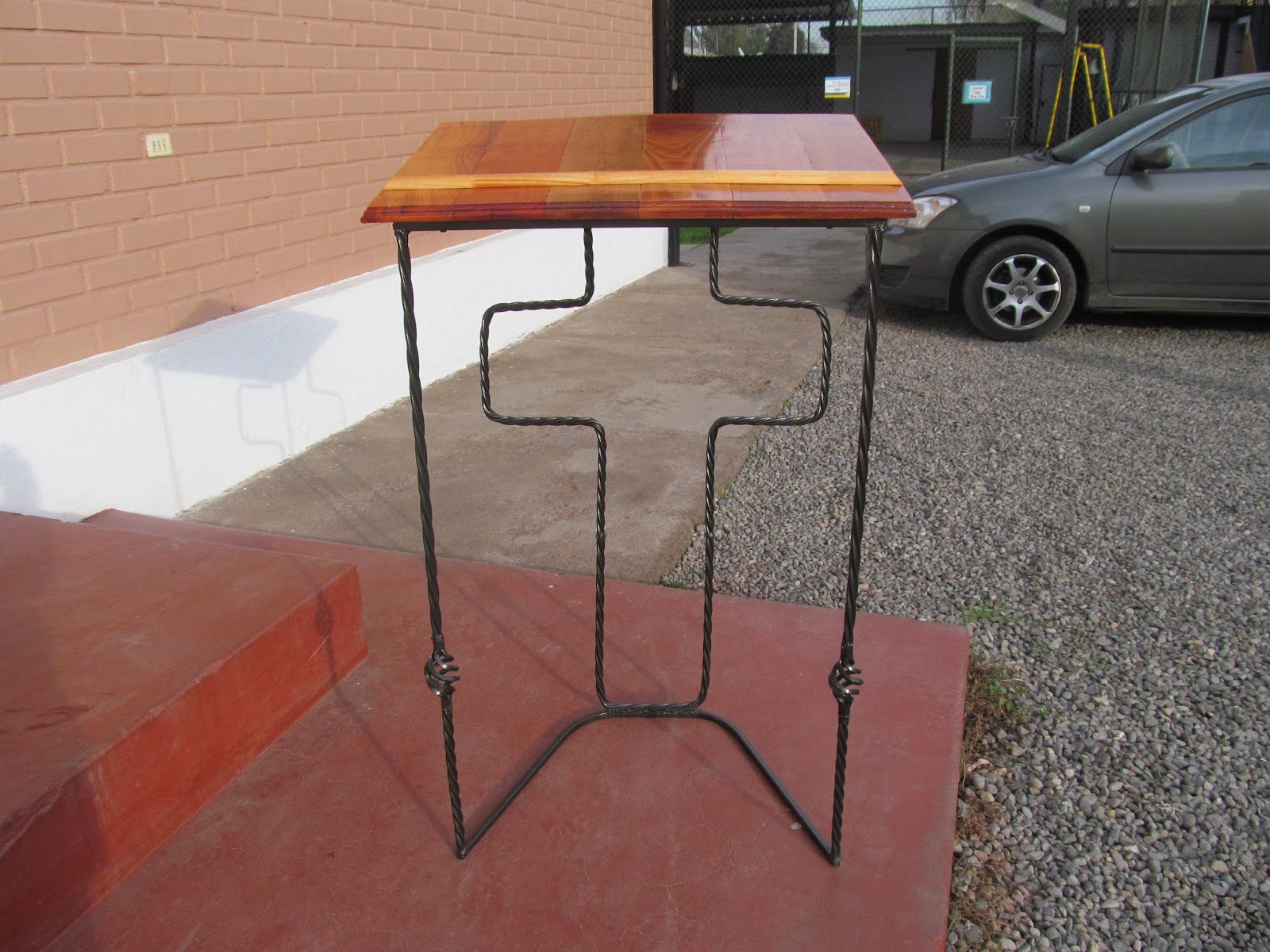 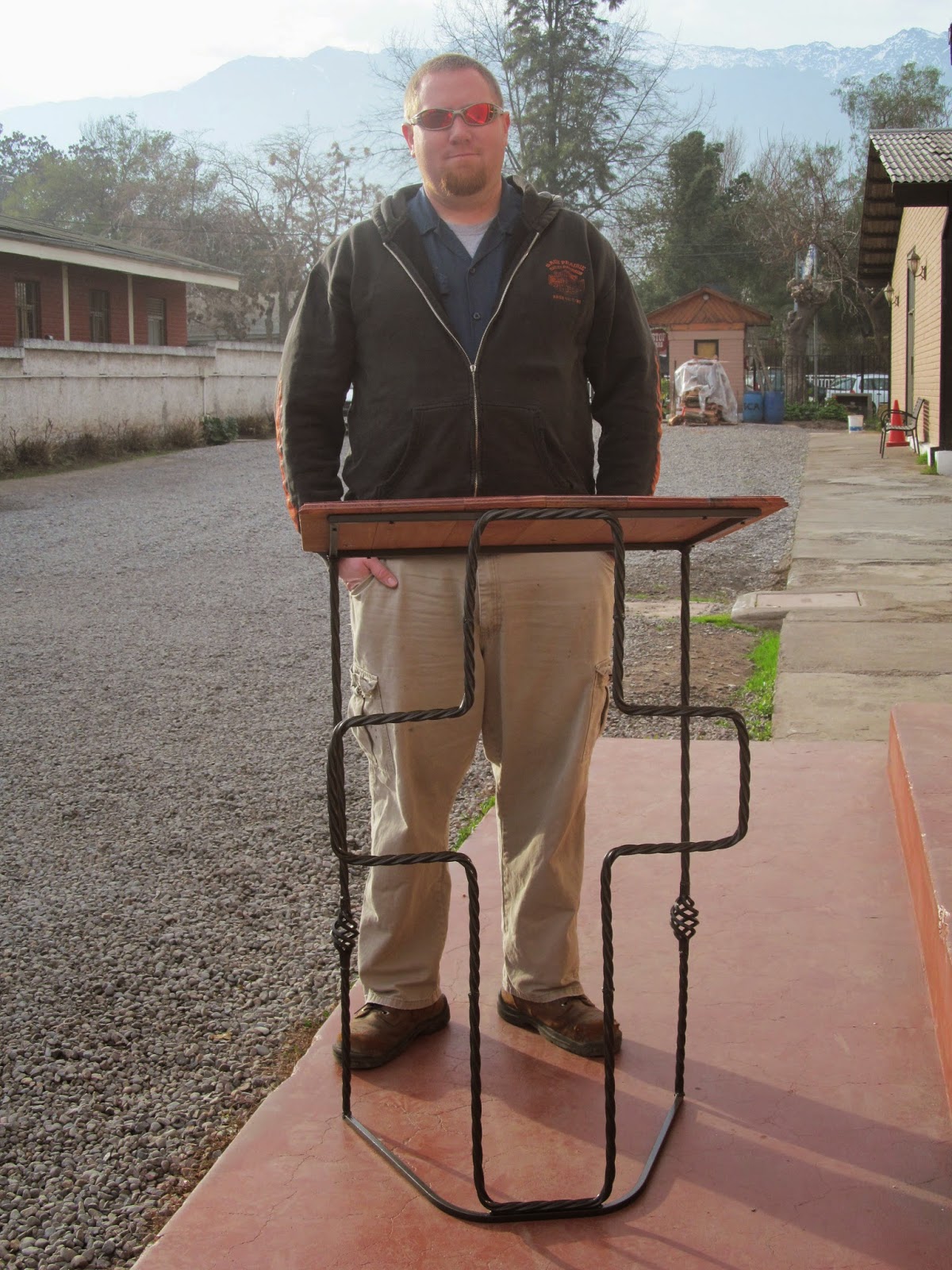 To God be the Glory it worked like I planned it to in my head....with a few minor adjustments of course along the way.

The next project has been on my list for some time because it was in great need.  The project revolved around the kitchen inside the Facultad (Seminary).  The sink had been leaking for a very long time and was in very tough shape.  The kitchen is used daily by a lot of people.

As I began to tear the this section out I began to see how bad things were.  There was mold growing on almost every surface and some pretty nasty spiders to boot.  Once I had it all removed I saw a much bigger issue as the drain line was busted under the tile.  Plumbing is not something I am good at so I was able to have someone come in to fix it. 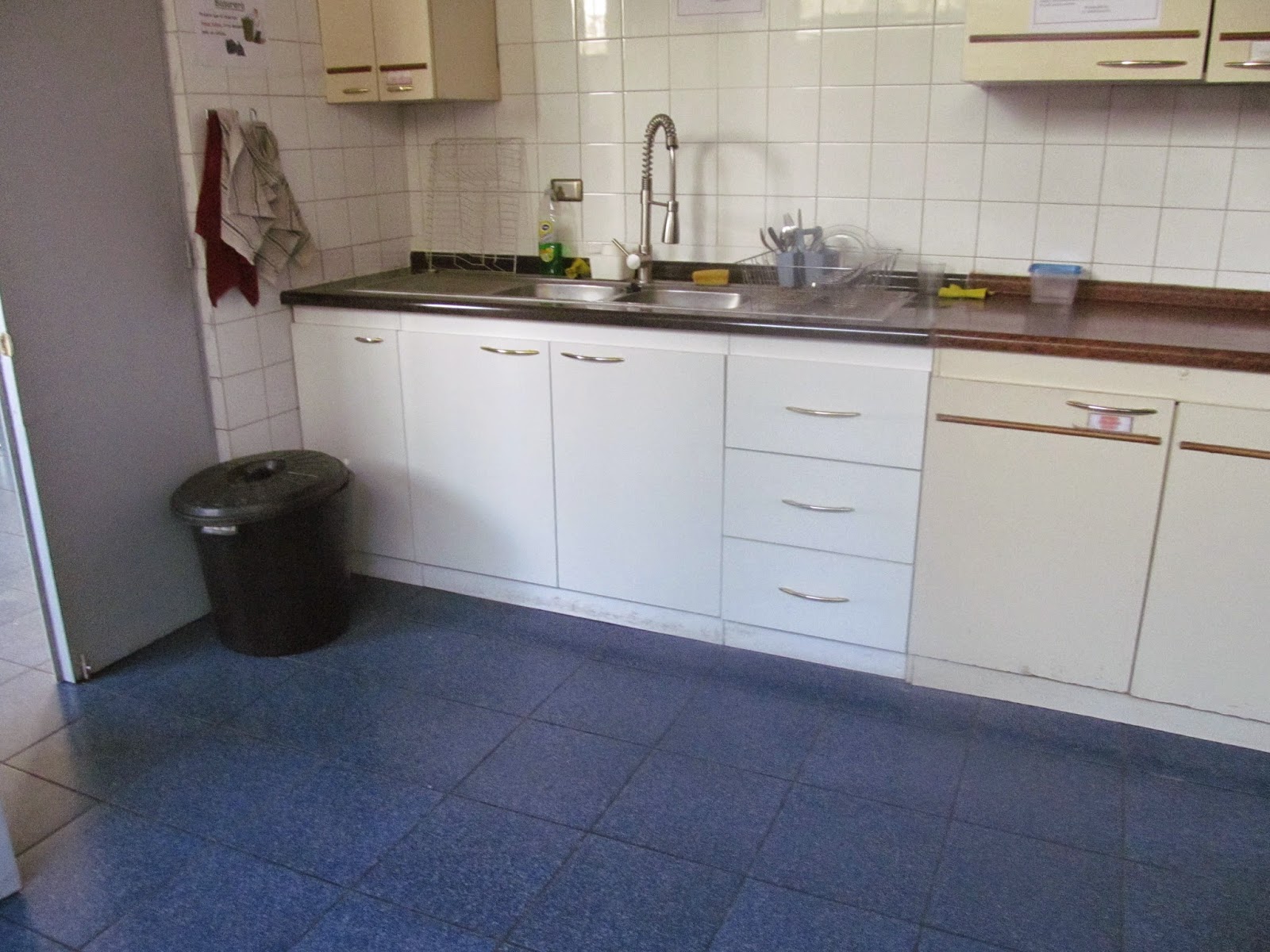 The cabinets were a custom built size when they were first put in because typically the base cabinets here in Chile are very short. I was able to have someone come in and build them for cheaper than I could have, so that was a big blessing.

The whole kitchen should be replaced, but that would be very expensive. The reality is that ministry costs money, and we want to be the best stewards of the money God has entrusted to us. Both the school and Seminary try their best to keep tuition cost down to allow students and future pastors the ability to attend. Things here are run as a ministry and not a business. So we just do the best with what we have and give God glory for providing. If you are interested in contributing towards a much needed project please let me know and I can give you more details!!